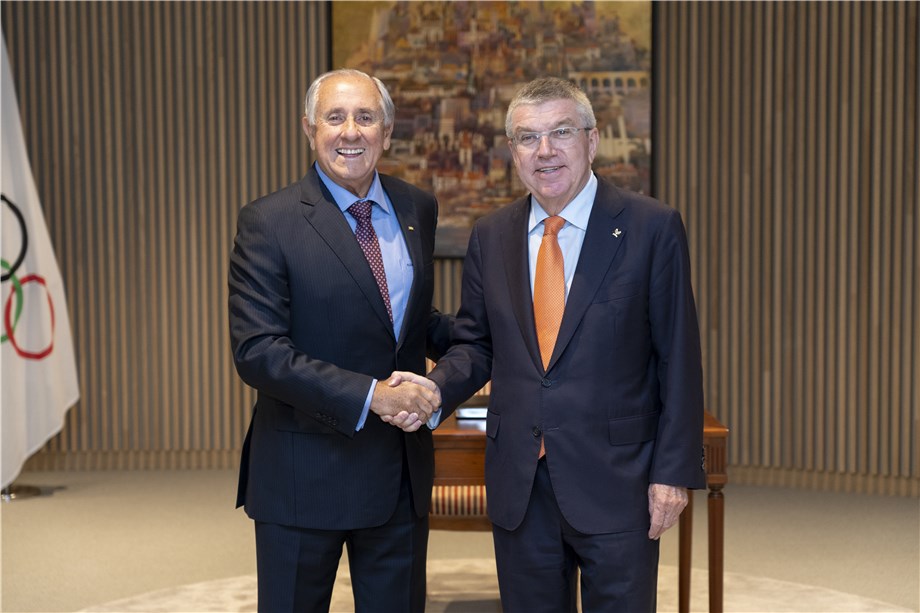 Lausanne, Switzerland, May 29, 2020 – The IOC announced yesterday the composition of its Commissions for 2020 with FIVB President Dr. Ary S. Graça F° and a number of other members of the Volleyball Family among those appointed.
The FIVB President has been re-appointed to the prestigious IOC Marketing Commission that provides guidance, perspective and ideas in the area of Olympic marketing which will assist the IOC to continue to generate, enable and grow long-term revenue streams for the Olympic Movement.
Habu Ahmed Gumel, the IOC Honorary member and the FIVB Executive Vice-President will continue to sit on the Coordination Commission for the Games of the XXXII Olympiad Tokyo 2020 – a Games which will see volleyball return to it Olympic birthplace.
Two female FIVB Executive Vice- Presidents Rita Subowo and Bouchra Hajij were re-appointed to the Sport and Active Society Commission and Culture and Olympic Heritage Commission respectively. While, three former volleyball players, Cuba’s Yumilka Ruíz Luaces, Japan’s Yuko Arakida and Brazil’s Bernard Rajzman, were reappointed to the Sport and Active Society Commission and Olympic Programme Commission respectively.
Yumilka Ruíz Luaces, who has two Olympic gold medals (Atlanta 1996  and Sydney 2000) as well as a bronze at the Olympic Games Athens 2004, will be advising on all the activities of the Olympic Movement that are related to using sport to improve physical activity, giving access to sport as a right for all, and engaging in sports activities, with a special focus on youth.
Meanwhile, Olympic gold medallist (Montreal 1976) Yuko Arakida and Olympic silver medallist (Los Angeles 1984) Bernard Rajzman will work with their colleagues, including in the Commission on analysing the programme of sports for both the Games of the Olympiad and Olympic Winter Games, and forming proposals for consideration by the IOC Executive Board.
Quick link:
The full composition of the IOC Commissions