FIVB social media engaging fans all over the world 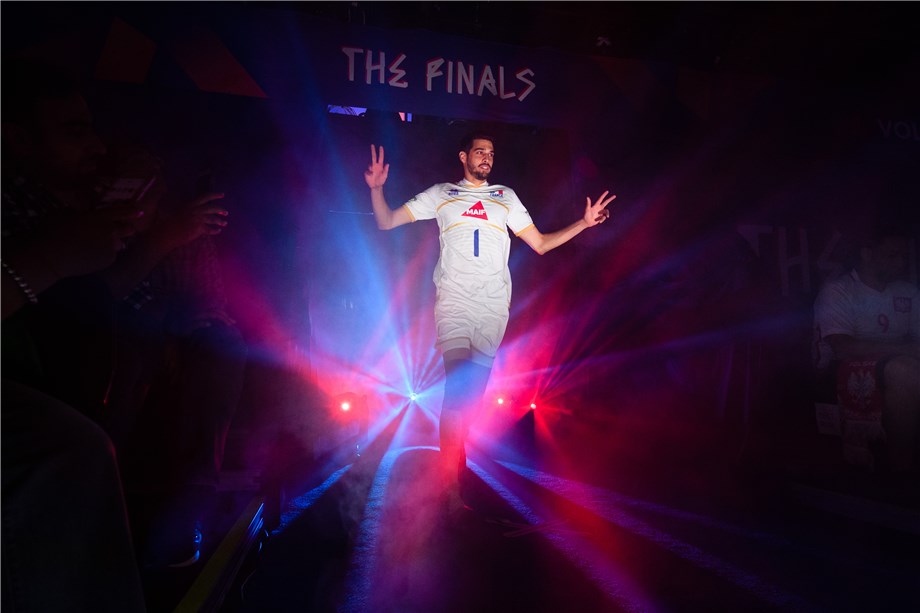 Lausanne, Switzerland, December 19, 2019 – The FIVB has had another incredible year, both on and off the court as fantastic teamwork and amazing athleticism drove engaging digital and social content.

The FIVB has put extra emphasis into connecting with fans all over the world, and registered impressive numbers across its Facebook, Twitter Instagram and YouTube social media platforms.
In total, the FIVB's 2019 content received more than 11 billion impressions. The FIVB is now ranked as the third most followed International federation on Facebook, with 1.36 million followers.

This incredible mega rally between the USA and Tunisia in the FIVB Men’s World Cup was just one of many videos that exceeded one million views in 2019.

One of the most popular Facebook videos of the year came after Brazilian star Gabi showed her soccer skills by creatively keeping the ball up with her foot! Impressively, Brazil went on to win the point!

The highest engagement rate on Facebook came from a 57 second rally between Thailand and Poland during the Women's 2019 Volleyball Nations League (VNL).

Highlights of the VNL women’s matchup between the USA’s Andrea Drews and Poland’s Malwina Smarzek had a reach of over 967,000.

On Instagram, a visual teaser ahead of Round 5 of the Women’s VNL. The image received more than 14,000 likes, with an engagement rate of 12.7%.


The FIVB adopted captivating art as promotion for its major events. The below reached 238,924 unique users, as the Women’s VNL got underway in May 2019.


During the FIVB 2019 Men’s World Cup, Micah Christenson was compared to Kageyama Tobio from Haikyu!!, a Japanese manga series. The comparison on Twitter registered over 331,000 impressions. 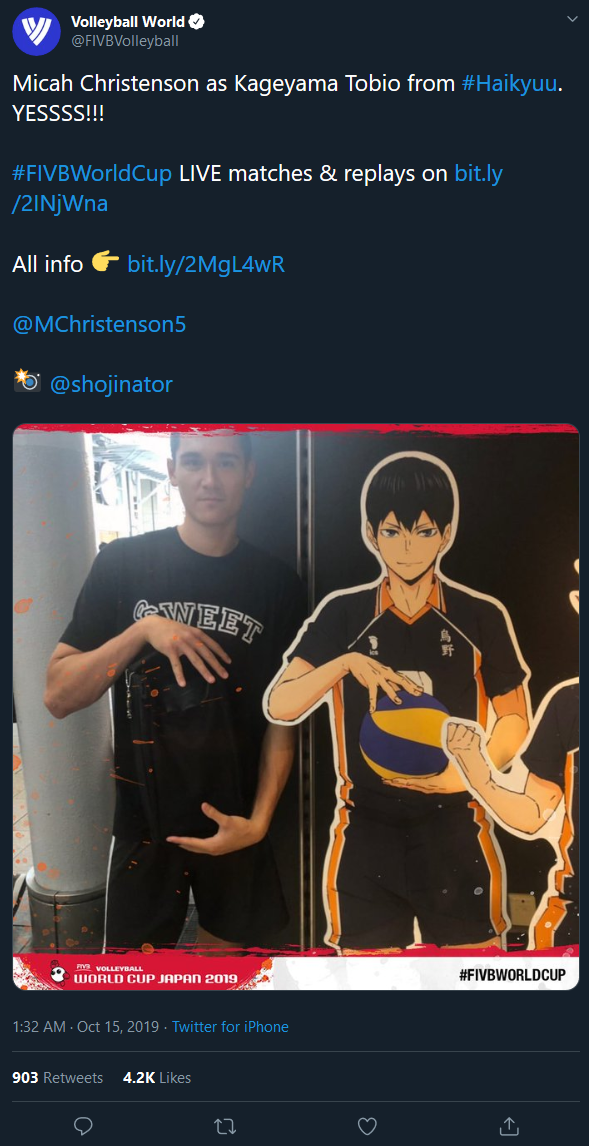 In beach volleyball, the highest Facebook engagement rate came from the FIVB 2019 Beach Volleyball World Tour Finals, where Adrian Carambula and Enrico Rossi of Italy took on Phil Dalhausser and Nick Lucena of the USA in a three-set thriller.

The top performing beach volleyball post on Instagram, for engagement rate, impressions and reach was Leonardo DiCaprio taking a ball to the face during the FIVB 2019 Beach Volleyball World Championships in Hamburg.


The FIVB will continue to deliver exciting and engaging social media content, bring the sport closer to fans throughout 2020 and beyond.