Different outcomes for U19 world champions at Youth Olympic Games 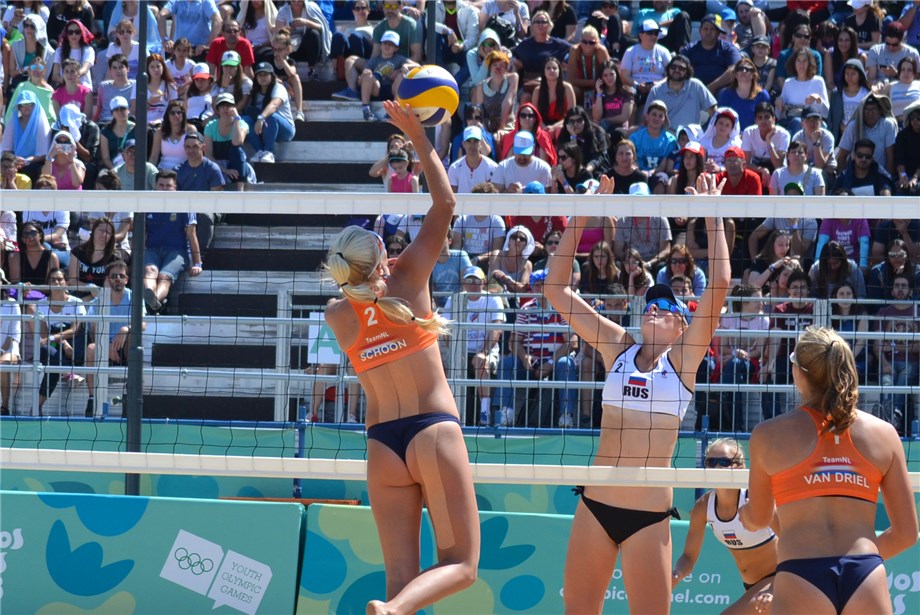 Buenos Aires, Argentina, October 14, 2018 - The reigning FIVB under-19 world champions from Russia split a pair of three-set matches here Sunday at the Buenos Aires 2018 Youth Olympic Games.
Quick links - Beach volleyball:
Youth Olympic Games - Beach Volleyball
FIVB.com - Beach volleyball
Latest Videos
Facebook
Twitter
Instagram
Day No. 8 of 11 days of competition in the second edition of the Beach Volleyball competition at the Youth Olympic Games saw the Russian women's team of Maria Voronina/Mariia Bocharova challenged by a team from the Netherlands while compatriots Dmitrii Veretiuk/Denis Shekunov were upset by a pair from Cuba in the second-round of elimination bracket play Sunday at Green Park in the Palermo district in the Argentinean capital.
The second-seeded Voronina and Bocharova rallied from a first set setback to post a 2-1 (15-21, 21-12, 15-10) Round of 16 win in 37 minutes over 23rd-seeded Emi van Driel/Raisa Schoon of the Netherlands. With their fifth win in the 2018 YOG, Voronina and Bocharova meet 12th-seeded Allanis Navas/Maria Gonzalez of Puerto Rico in Monday's quarterfinals.

Seeded 12th in the men's competition, Miguel Ayon and Jorge Alayo of Cuba eliminated Veretiuk and Shekuno with a 2-1 (17-21, 21-17, 23-21) win in 53 minutes. It was the Cubans fourth-straight win in the YOGs after dropping their opening match last week in pool play to the Bello twins (Joaquin and Luis) of Great Britain.  Ayon and Alayo will play Bence Streli/Artur Hajos of Hungary Monday in the quarter-finals.

The United States tandems of Devon Newberry/Lindsey Sparks and Timothy Brewster/John Schwengel posted wins on Sunday over pairs from Peru and Switzerland, respectively, to advance to the quarterfinals.  The 16th-seeded Newberry and Sparks will play ninth-seeded Daniela Alvarez/Tania Moreno of Spain in the women's quarterfinals while the 27th-seeded Brewster and Schwengel challenge ninth-seeded Yorick de Groot/Matthew Immers of the Netherlands in the men's "elite eight". 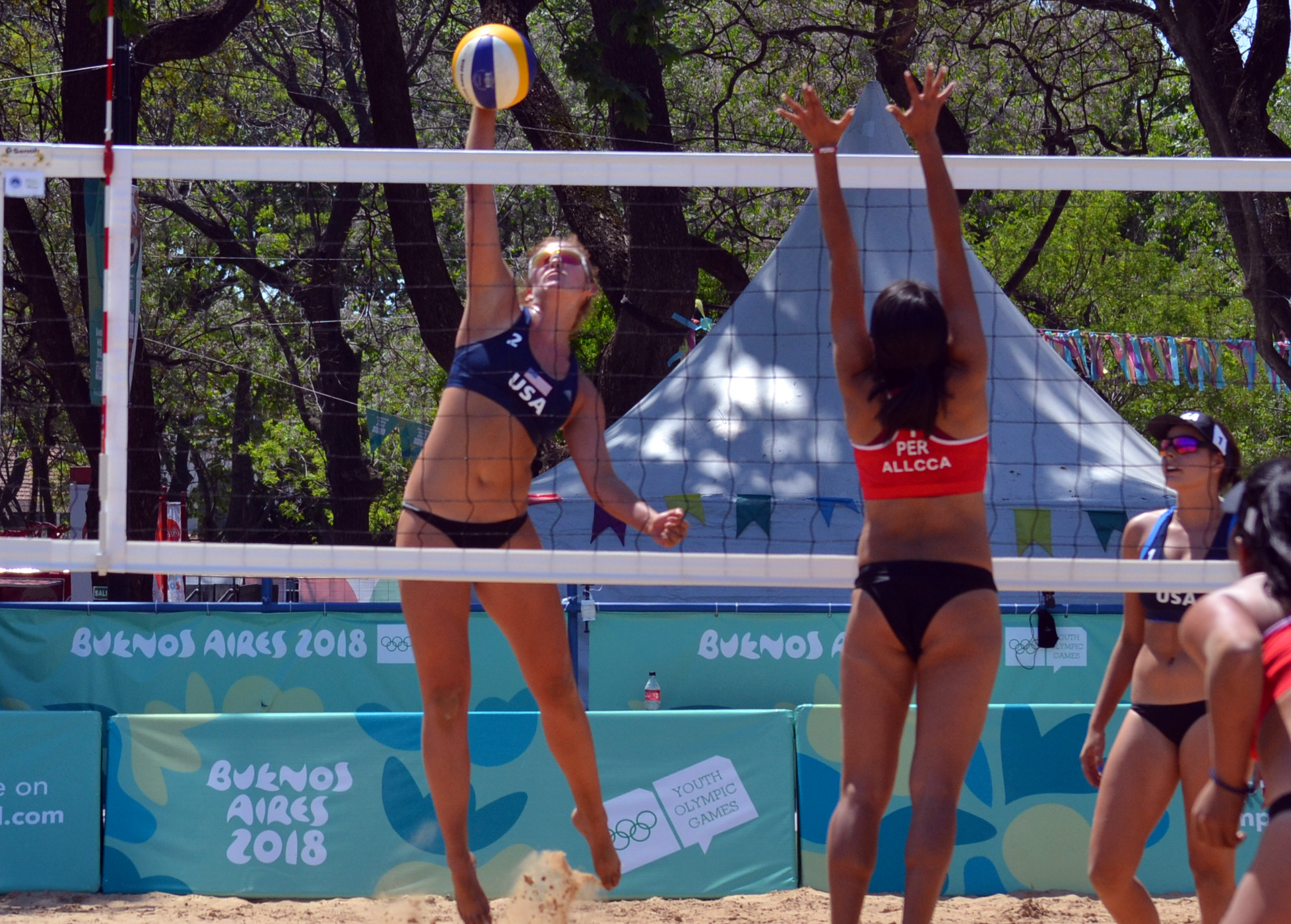 Following Monday’s quarterfinal matches for men and women, the Buenos Aires 2018 Youth Olympic Games conclude with the semifinals on Tuesday and the medal matches Wednesday. 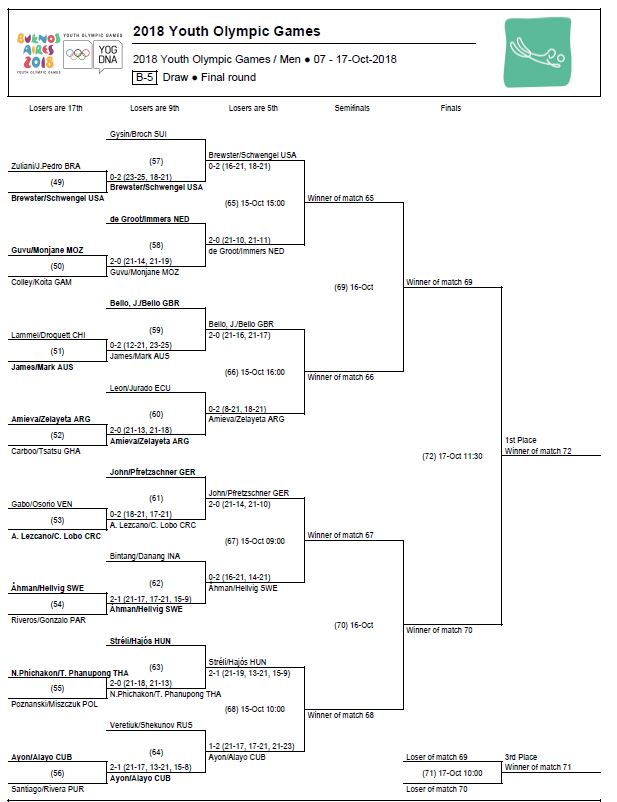 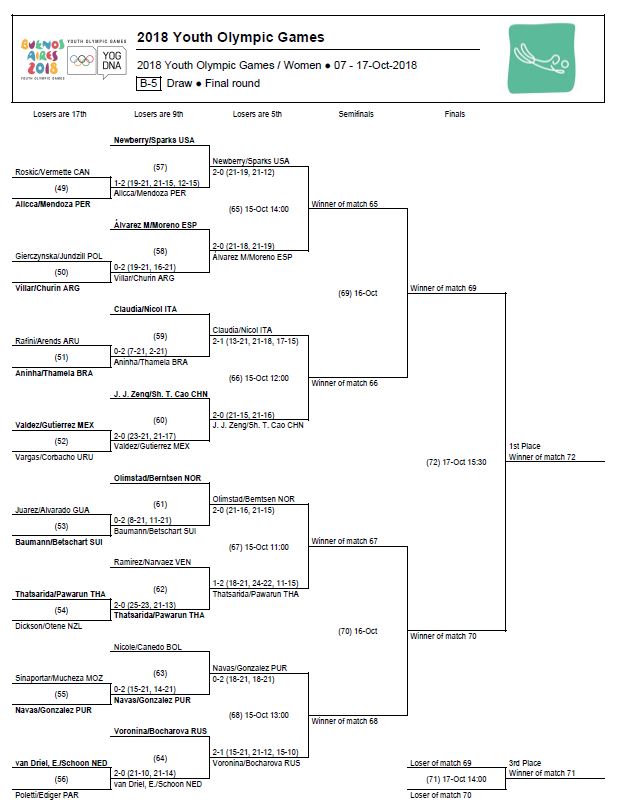