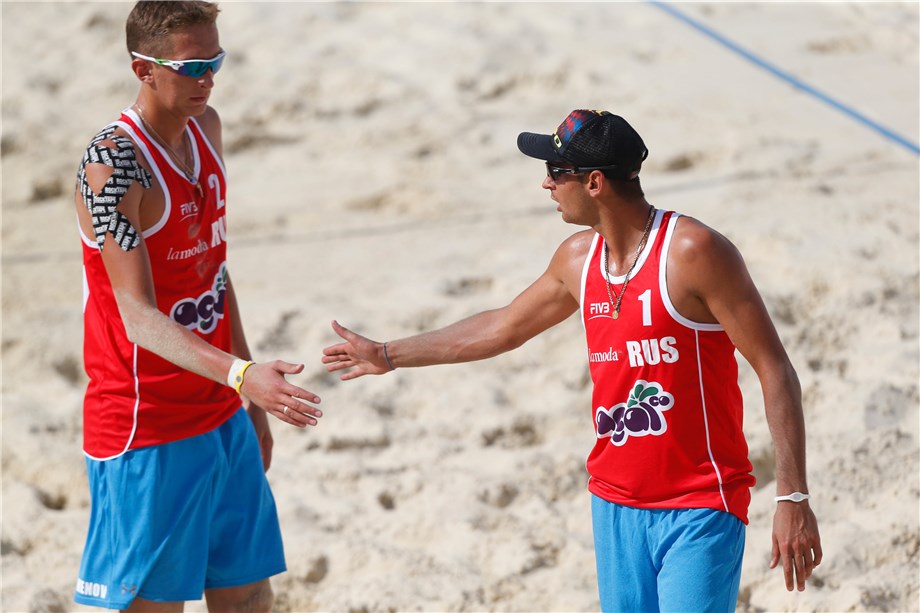 Lausanne, Switzerland, October 7, 2015 - The International Volleyball Federation is pleased to announce that the FIVB World Continental Cup Olympic Qualification tournament in 2016 will take place in Russia from July 5-10 at a venue to be confirmed. The FIVB and the Russian Volleyball Federation will announce the host city by the end of October, but the event is likely to be held in Sochi and/or Moscow.

This is the second time that Russia will host the event - the tournament will be the last opportunity for countries to earn a berth at the beach volleyball tournament at the Rio 2016 Olympic Games. Russian Volleyball Federation President Stanislav Shevchenko said: "We are very happy that we will have the pleasure of organising an event as important as the Olympic qualification. Beach volleyball is one of the favourite sports in Russia. Our organisation of Grand Slam and Open tournaments has been awarded the highest ratings by the FIVB. These two points are the key to the success of any event. We will aim to organise the Olympic qualification event at the highest possible level."

"The FIVB is constantly striving to improve the quality and number of countries playing beach volleyball and initiatives such as the Continental Cup help us achieve this goal," FIVB President Dr. Ary S. Graça F° said.
"Russia has a long history of organising world-class sporting events," he added. "They have experience hosting FIVB Beach Volleyball World Tour events such as this year's Moscow Grand Slam and Sochi Open. I have no doubt they will raise the profile of this competition once again after hosting the same tournament last year."
The FIVB World Continental Cup Olympic Qualification tournament will fill two berths per gender for the beach volleyball tournament at the Rio 2016 Olympic Games. The competition will be played by the second- and third-ranked national federations from each of the Continental Cup Finals which have not yet obtained two quota places for the Rio Olympics through the FIVB Beach Volleyball World Championships, the Olympic ranking or the Continental Cup. Participating teams will be confirmed in June 2016 after eligible team lists have been submitted to the FIVB by their national federations.

The World Continental Cup Olympic Qualification tournament will see countries play each other in a best of three format over two matches and a Golden Set if required. The round-robin competition will take place over five days and either 10 or 12 teams per gender will participate, depending on whether the host national federation has qualified for the event through the Continental Cup path.

The teams participating in the tournament will play in two pools of five or six countries per gender. The pool winners will then play against the second-placed teams in the other pools, with the winners earning a berth at the Rio 2016 Olympic Games.

The groundbreaking Beach Volleyball Continental Cup provides an opportunity for countries to qualify for seven Olympic berths per gender (i.e. two berths from the FIVB World Continental Cup Olympic Qualification tournament in Russia and five berths from the five Continental Cup Finals) in addition to the 15 places on offer through the Olympic Ranking (based on participating teams’ best 12 participations in the FIVB World Championships, FIVB Beach Volleyball World Tour and in the recognised Continental Tour Finals), one berth to the country which won the World Championships and another for the host country (Total: 24 vacancies per gender).

Beach volleyball is expected to be a flagship event at the Rio Olympics - the beach volleyball tournament will take place on the iconic Copacabana beach and is set to enjoy the electric atmosphere generated by Brazil’s volleyball-loving fans.