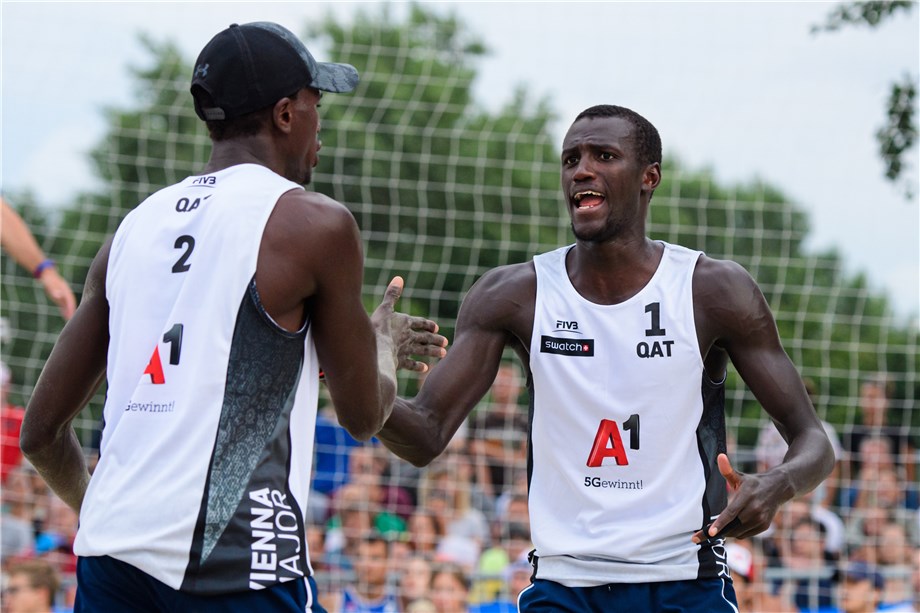 The first Qatar event will be the Aspire Beach Volleyball Cup set for November 12-15 at the Al Gharrafa beach complex with $5,000 in prize money, which is the fourth stop on the 2019-2020 calendar after tournaments in Bandar Torkaman, Iran (October 1-4), Qinzhou, China (October 30 - November 3), and Tel Aviv, Israel (November 6-9).  The second tournament features $150,000 in prize money and will be staged from March 9 to 13, 2020 at the Katara Cultural Village where the 4x4 World Beach Games finales were played.

Qatar's Cherif Younousse Samba and Ahmed Tijan will be the top-seeded team in November’s Aspire Beach Volleyball Cup as the host country pair is currently ranked 13th on the FIVB World Tour and ninth on the provisional Olympic ranking lists.