Buenos Aires, Argentina, April 10, 2020 – The fans of Argentina’s women’s national team could soon see a familiar face back in the traditional blue and white uniform as veteran middle blocker Emilce “Mimi” Sosa hopes to return to the squad after almost two years away.

Buenos Aires, Argentina, April 10, 2020 – The fans of Argentina’s women’s national team could soon see a familiar face back in the traditional blue and white uniform as veteran middle blocker Emilce “Mimi” Sosa hopes to return to the squad after almost two years away.
The 32-year-old Sosa, who captained the Argentinean national team for a few years, decided to step down from the roster following the 2018 FIVB Women’s World Championship in Japan. She played professionally in Brazil in 2018-2019 before taking the entire last season off.
Now, after a year focusing on other of her life projects, the veteran, who still lives in Brazil, feels she’s ready for a comeback.
“People keep asking me about it and this is the first time I can really answer that I want to return,” she said in an interview to Argentinean TV station Deportv. “After taking this last season off, I feel that my body can still hold a little longer and after several intense years I feel that my mind is in the right place again.” 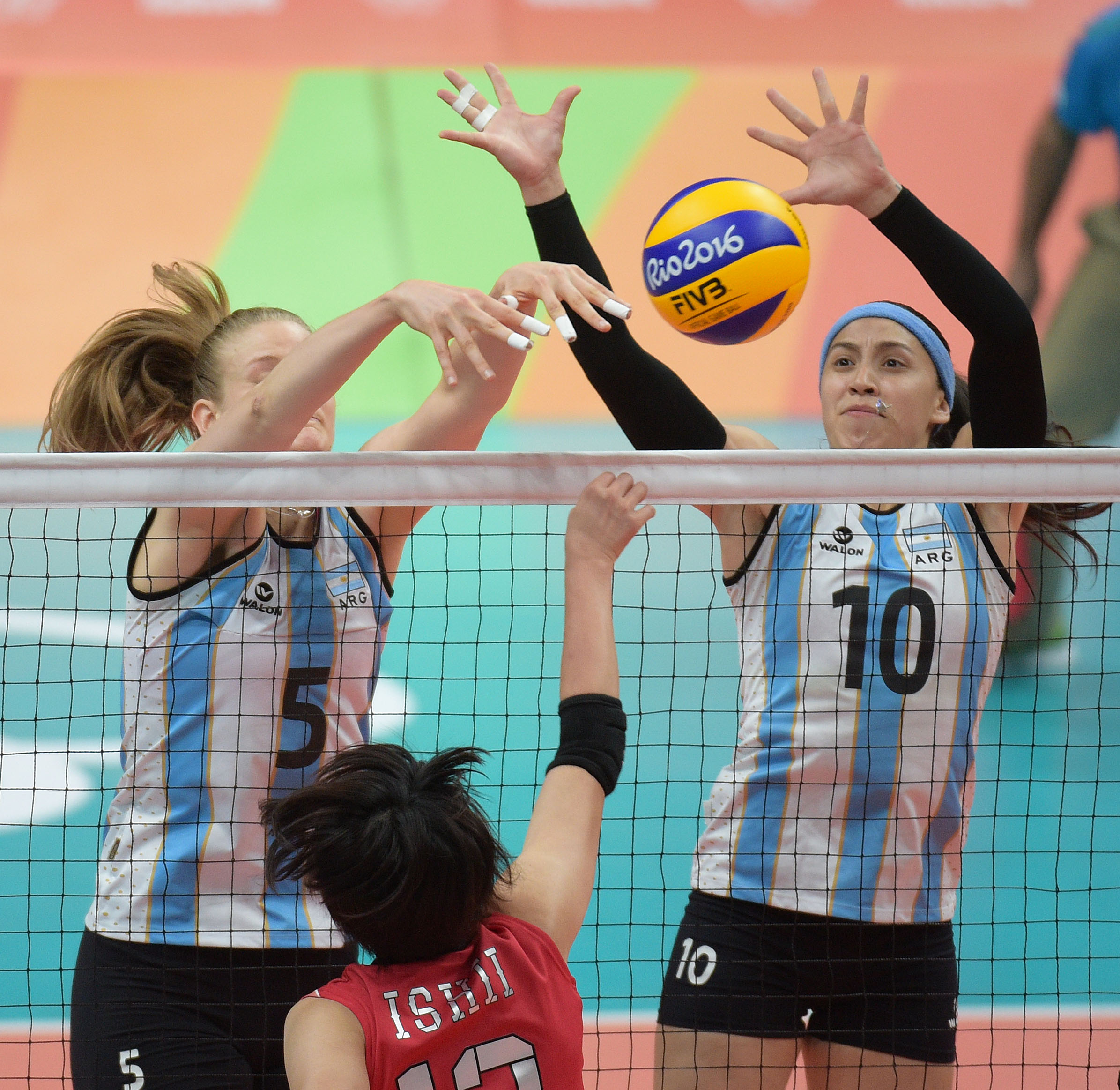 Sosa (10) plays at the net during the Rio 2016 Olympics
Sosa has played internationally for Argentina for nine years, participating in more than 100 matches between 2009 and 2018. She appeared in the last two editions of the World Championships and was a key player in the team’s inaugural Olympic campaign at the Rio 2016 Games, where Argentina finished ninth.
She joined the national team for practices last year when the Argentineans were in Brazil and her desire to return started to grow. Sosa’s addition could bring some important experience to the roster as the South Americans prepare to compete at the Tokyo Olympics next year.
“It would be amazing to return to the national team,” she added. “My plan is to play in Brazil in the next club season and hopefully the national team coach takes me into consideration. Relaxing, resting and working with my psychologist last year helped me to find the motivation I needed to want to return. I’m 32 now, but I feel like an 18-year-old girl who just wants to play for the national team for the first time.”
More volleyball from Argentina:
Mendez proud of Argentina's past, excited about future
Weber departs from Club Bolivar to coach Taubate
Herrera tops 2019-2020 Argentinean League stats
Uchikov leads UPCN into Argentinean League semifinals
Lima gives Gigantes a head start in Argentinean playoffs
Miguel López carries UPCN to victory in Argentinean derby
Quick links:
FIVB.com - Volleyball
Facebook
Twitter
Instagram
Youtube
This website uses cookies to ensure you get the best experience on our website. For more information please read our Cookies Policy.
Ok