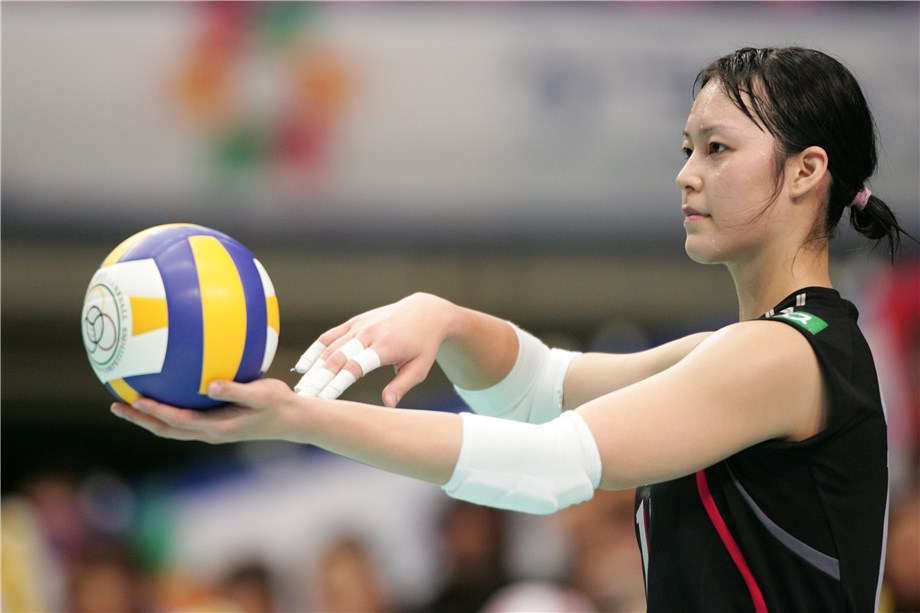 Tokyo, Japan, April 9, 2020 - Kana Oyama first came onto the international volleyball scene in 2002 with the FIVB Volleyball Women’s World Championship in Germany. As a high schooler at Seitoku Gakuen (now Shimokita Seitoku High School), she was a reserve for the Japanese women’s national team in that tournament.
In the 2003 FIVB Volleyball World Cup, Oyama and Megumi Kurihara formed the “MegKana” combo as the two high school stars, who had both just turned professional at 19, were called by the Japanese press. These two were both expected to be stars long into the future. Both players did play in the 2004 Olympics in Athens as Japan were eliminated by eventual champion China in the quarterfinals. 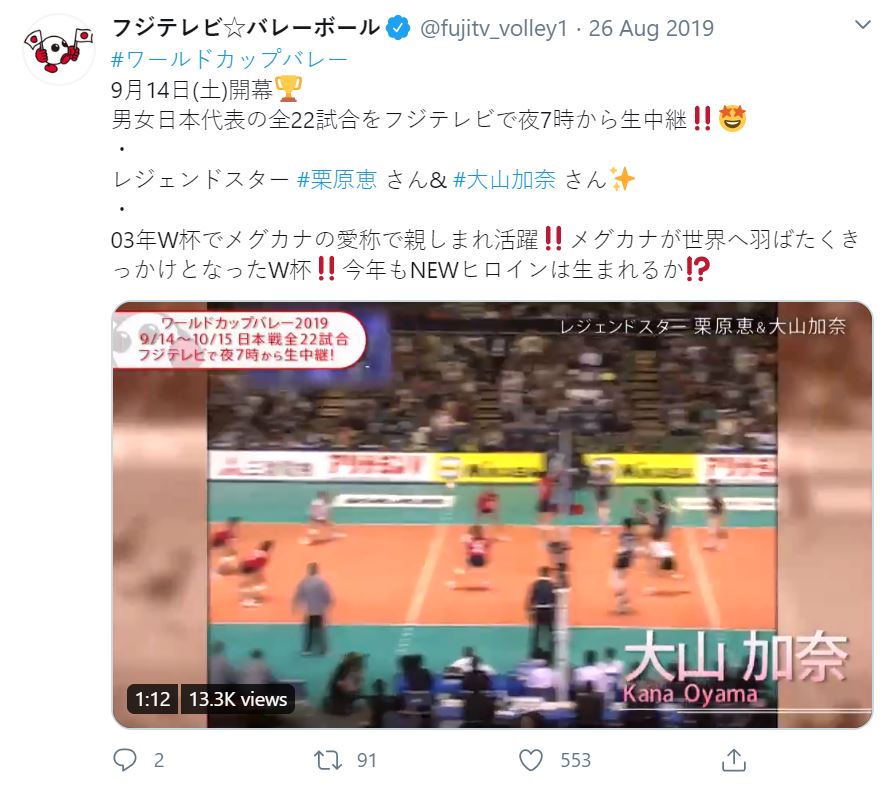 Oyama was consistently named to the Japanese women’s national team roster, but injuries continued to nag her through that time. This included lumbar spinal stenosis and required her to have surgery and long rehabilitation just to return to the court. In June 2010, Oyama decided to retire from playing the sport.
When many athletes retire, some go into coaching or broadcasting. Oyama joined the V-League soon after her retirement and with her national team playing experience, she was quickly sought out by Japanese broadcasters FujiTV and Tokyo Broadcasting Systems (TBS) for their volleyball coverage. One of her jobs with the V-League was participating in volleyball camps with elementary school children all over Japan. Eventually these camps became the focus of Oyama’s work in retirement, while still fulfilling her broadcast duties during major FIVB events in Japan.
In April 2016, FujiTV introduced a show called “Gu Tachi (Fist Bump)”. The show’s focus is to take elementary club teams (or groups) and have an athlete (or performer) show them how to improve over a couple of months. Parents and children around the country send in their requests in various sports like baseball, soccer and volleyball. Often these teams (or groups) are having difficulty in improving and many would just like to be competitive, possibly even winning just a single match, while others would like to try and win a city or province wide competition. The show follows a team and their guest coach over usually a couple or three episodes.
Many of the athletes that participate have been professional players and have even participated on the national teams in those sports. So, for these athletes, many can see how having some success (of any degree) at an early age can lead to children having belief in themselves.
Oyama was first involved with “Gu Tachi” in August 2017 (broadcast date, but training was before then). In February 2020, Oyama joined the show for the fifth time as a guest coach. Oyama watches team practice after first being introduced to the team to try to understand where some of the issues are with the team. Is it in serving or serve receive or ball control? Who are the really good players, but who are the players that may not have much experience? 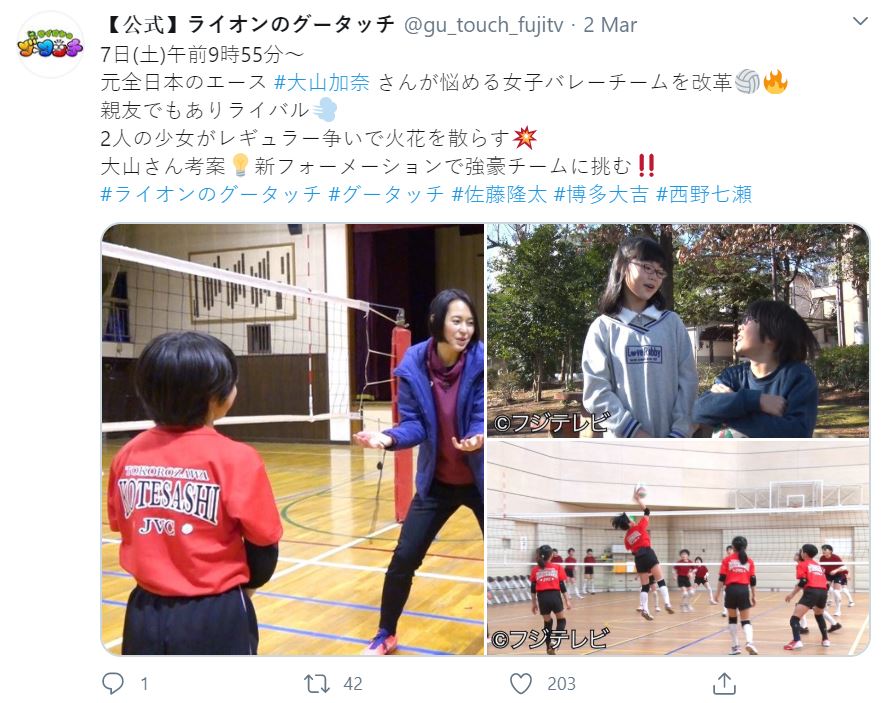 Some of the teams have children who are just starting to play volleyball and some of their teammates have been playing for three or four years. Oyama quickly recognises some players are having difficulty getting in front of the ball to pass, and creates a simple drill to improve footwork and have their body be in a proper position to pass. Players approach a flying ball and have the ball hit their thigh without using their arms. Once learning that, they then add the arms back in to the movement. Instead of being off-balance, the children now can see their ball control is better.
Oyama also adds some serving practice because with younger players serving is very important to scoring. She uses a drill where players are standing with one knee on the ground and practice tossing the ball consistently before adding the arm swing in. The consistency of the toss allows for a better and more powerful serve.
When it comes to teaching setting, Kana Oyama was a spiker, but she does often have a guest come in to help. That guest would be her younger sister Miki Oyama, who was often a teammate of Kana’s during her playing career. Because of her experience as a setter, Miki works with the team’s setter to have a consistent height and setting location to improve chances of spiking the ball. Many times, the setter at this young of an age may only have two options, and the best idea may be to set in the direction you are looking, but to give some height for the players to attack the ball cleanly.
After two months of practice, the team will then participate in their tournament and both Oyamas watch on from the stands as they are not the official team coaches. However, both are following every play, cheering when their players score and giving vocal support with “nice set” or “great dig” when the team does not score. 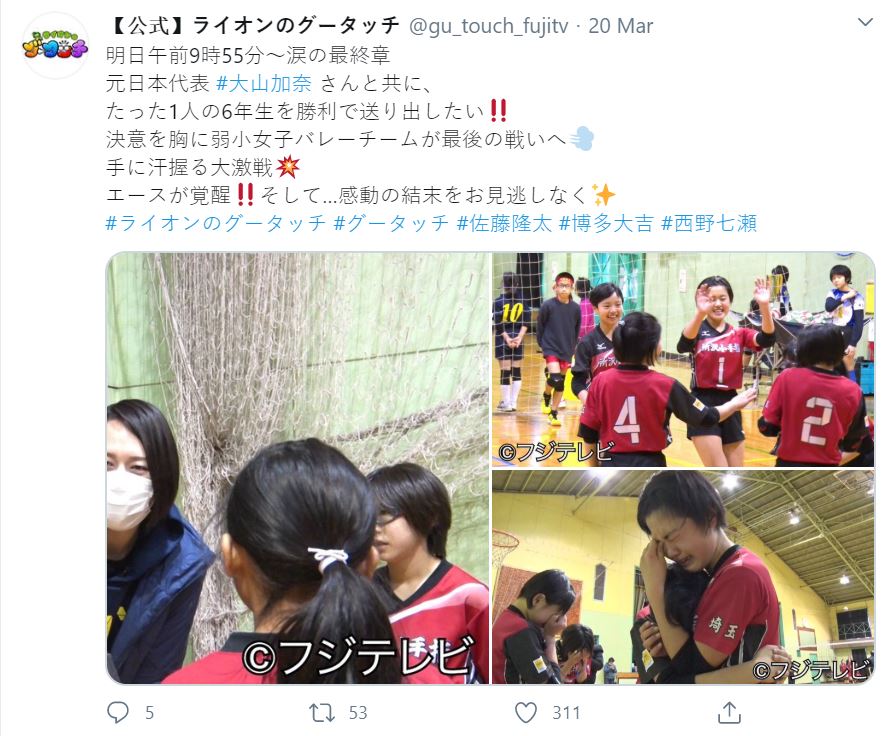 At the end of the team’s match or matches, whether they won or lost, Kana is there to greet the team. She’ll give a little critique, but often complement each of the players and the team to show them what they’ve improved on in their time together. Often there is crying at the end of the show, and Kana sheds some tears too. For her, helping children believe in themselves through teaching the sport of volleyball will hopefully create lifelong connections and a love of the sport.