Former World Tour champs Taiana and Talita back together 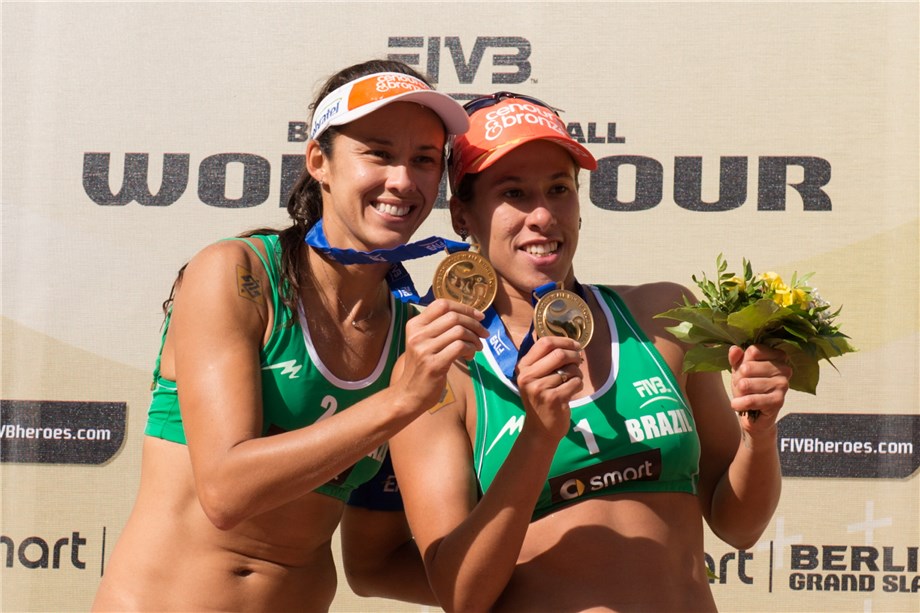 Lausanne, Switzerland, November 23, 2018 – Talita Antunes and Taiana Lima have relaunched their partnership, four years after they last played together on the FIVB Beach Volleyball World Tour.
The Brazilians are being coached by Talita’s husband Renato Franca, and they began in fine style with two wins from two on the Campo Grande leg of the Brazilian Beach Volleyball Tour.
“I am very happy to return with two wins, especially in a place that means so much to me,” Talita said.
“We are cosy like a family. On one side I can see Renato and on the other there is Taiana. In some ways we are a new team, but they are people who leave me relaxed as they are part of my beach volleyball history.”
Quick links - Beach volleyball:
FIVB Beach Volleyball World Tour
FIVB.com - Beach volleyball
Latest Videos
Facebook
Twitter
Instagram
The Brazilians played together in 2013 and 2014. They won the FIVB Beach Volleyball World Rankings title in their first year together after topping the podium in five World Tour tournaments.
They played in a further four World Tour competitions together before they went their separate ways after Talita was paired up with Larissa Franca who returned from a two-year hiatus from the sport.
Talita enjoyed three and a half seasons alongside Larissa and the pair won fourteen World Tour golds and bronze at the Vienna 2017 FIVB Beach Volleyball World Championships.
The 36-year-old missed the entire 2018 season after the arrival of her first child, a son Renato, while Larissa has been on a break since the end of Vienna 2017.
Taiana teamed up with Fernanda Berti after she split from Talita and won The Hague 4-Star tournament in their second tournament together. She later played alongside Juliana Felisberta, with whom she won bronze at the Netherlands 2015 World Championships, and Elize Maia.
Most recently she paired up with Carol Horta, and the duo won silver at the Fort Lauderdale 5-Star.
“This makes it easy to get in there and try to have fun,” Talita added. “It's just the beginning and we know we have to go one step at a time, but it was great to be back on the court.”