France against Sweden and Netherlands in Montpellier semis 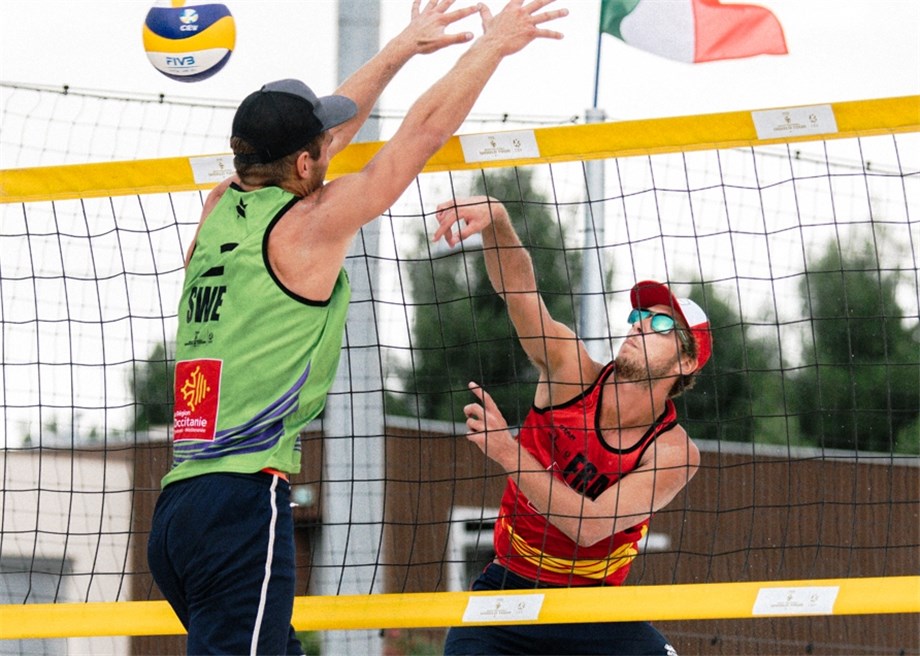 Montpellier, France, August 28, 2020 – Two French teams advanced to Saturday’s semifinals of the Montpellier FIVB Beach Volleyball World Tour event, where they will take on pairs from the Netherlands and Sweden. 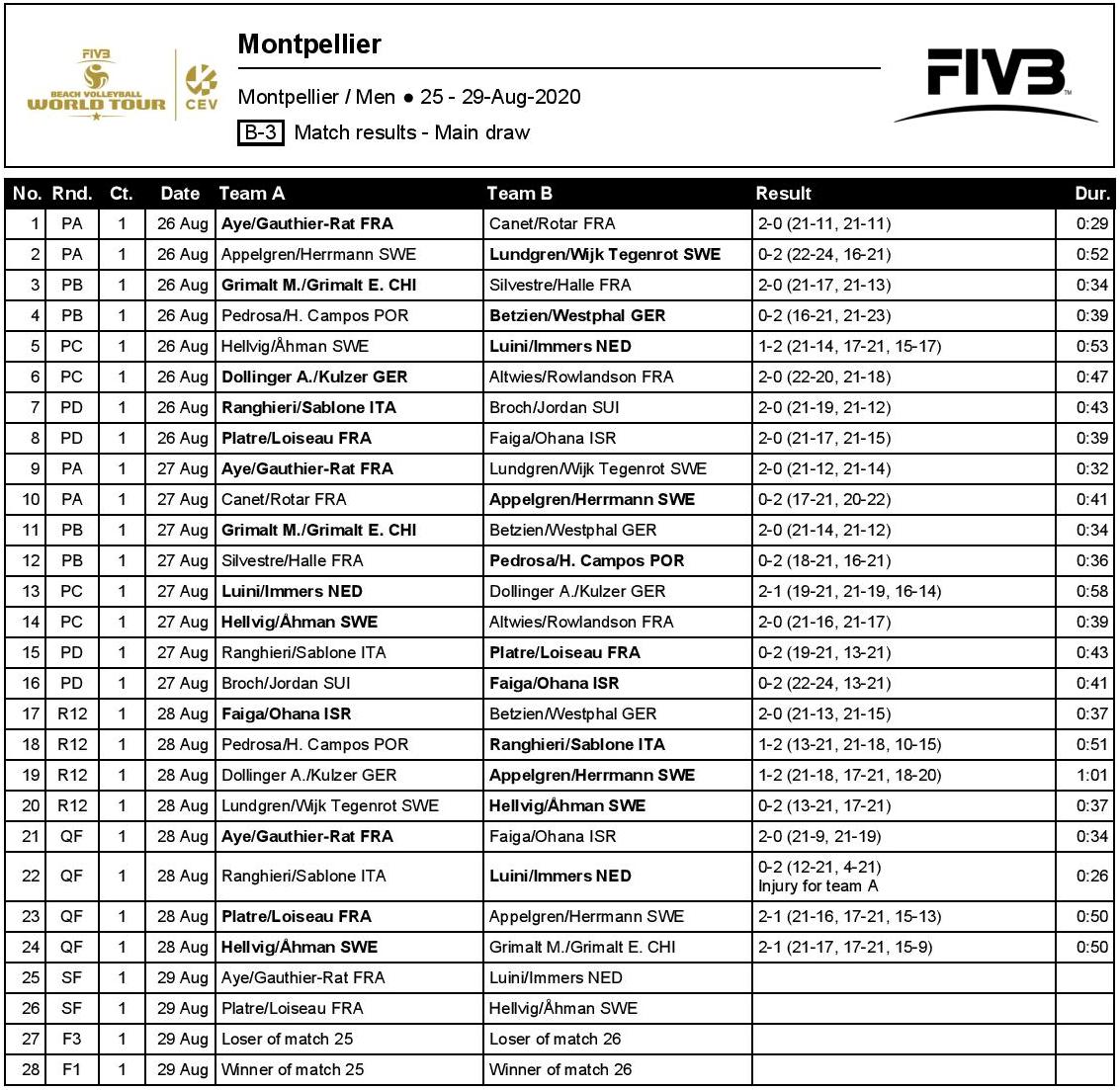 The first of Friday’s quarterfinals ended prematurely because of an injury sustained by Ranghieri during the first set, which eventually forced him to surrender in the second. Thus, 14th-seeded Dutchmen Leon Luini and Matthew Immers registered their fifth consecutive victory at Montpellier since the start of Tuesday’s qualifications – 2-0 (21-12, 21-4) over fourth-seeded Italians Alex Ranghieri and Daniele Sablone. On Saturday at 12:00 local time, the Dutch sensations will challenge top-seeded French duo Quincy Aye and Arnaud Gauthier-Rat in the first battle for a spot in the gold medal game.
In the second quarterfinal, Sweden’s Jonatan Hellvig and David Ahman, seeded third, knocked out the #25 in the FIVB World Ranking, Chilean cousins Marco Grimalt and Esteban Grimalt, in a 2-1 (21-17, 17-21, 15-9) three-setter. Earlier on Friday, in the first elimination round, Hellvig and Ahman delivered a 2-0 (21-13, 21-17) shutout of compatriots Peter Lundgren and Jakob Wijk Tegenrot.

Hellvig and Ahman in action during their Montpellier quarterfinal against Chile
Fifth-seeded Frenchmen Timothee Platre and Arnaud Loiseau also took three sets to overcome their quarterfinal opponents Martin Appelgren and Alexander Herrmann. They pleased the French fans with a 2-1 (21-16, 17-21, 15-13) win over the eighth-seeded Swedes, before facing another Swedish pair, Hellvig and Ahman, in Saturday’s one-o’clock semi.
Home favourites Quincy Aye and Arnaud Gauthier-Rat did not allow any surprises in their quarterfinal match against Israeli qualifiers Sean Faiga and Netanel Amiram Ohana. The number one seeds in the main draw bracket mastered a 2-0 (21-9, 21-19) victory to shape up the last four of the tournament.