Lausanne, Switzerland, January 24, 2020 - On January 11, the highly popular Japanese manga series “Haikyu!!” returned to Japanese television networks Mainichi Broadcasting System (MBS) and Tokyo Broadcasting System Television (TBS). The fourth season of the series is called, “Haikyu!! To The Top.” The series is broadcast by both channels during the Super Animeism programming block.

Haikyu!! was created by Haruichi Furudate who played volleyball as a middle blocker at school in Karumai, Iwate prefecture, a town with a population of 8,500. Furudate loved volleyball, but his team’s results were not great. After graduating from high school, he went to the Sendai Vocational College of Design with a goal in mind: to create a volleyball focused manga.
The first hurdle, however, was to get backing for his work, before Haikyu!! could be created. In 2008, when he was 25, Furudate's work was recognized by the leading weekly anime publisher Weekly Shonen Jump. His work at that time was published on the Weekly Shonen Jump website. The publisher then took his series “Kaiben School, Yotsuya’s Ghost Story” and published it weekly in 2010.
After the completion of the “Kaiben School, Yotsuya’s Ghost Story”, Furudate proposed the series Haikyu!! to Weekly Shonen Jump. Haikyu!! was first displayed in a Weekly Shonen Jump NEXT! seasonal double issue in 2011, and after a further review by the publisher, Haikyu!! was approved for publication from June 2012. 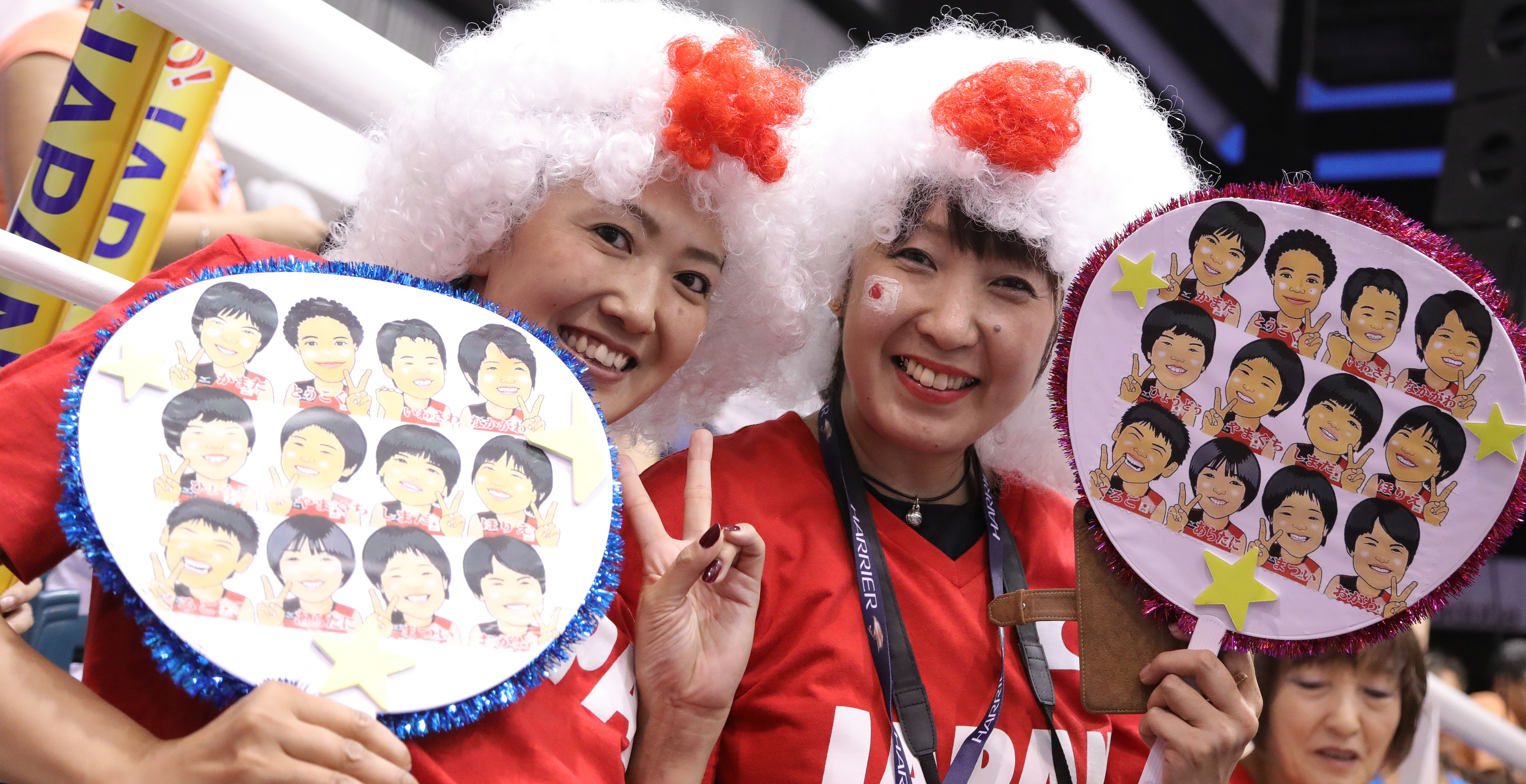 Japan fans with cartoon representations of their favourite team

Furudate based the series in the city of Sendai, Miyagi prefecture. Sendai has hosted FIVB World Cup and FIVB World Grand Prix events in the past. The story is focused on Karasuno High School and its players. Karasuno had been a successful team in Miyagi prefecture, and had played in the Japanese national high school championships in the past. However, the team had fallen on hard times and was having a difficult time competing with other schools in the area. 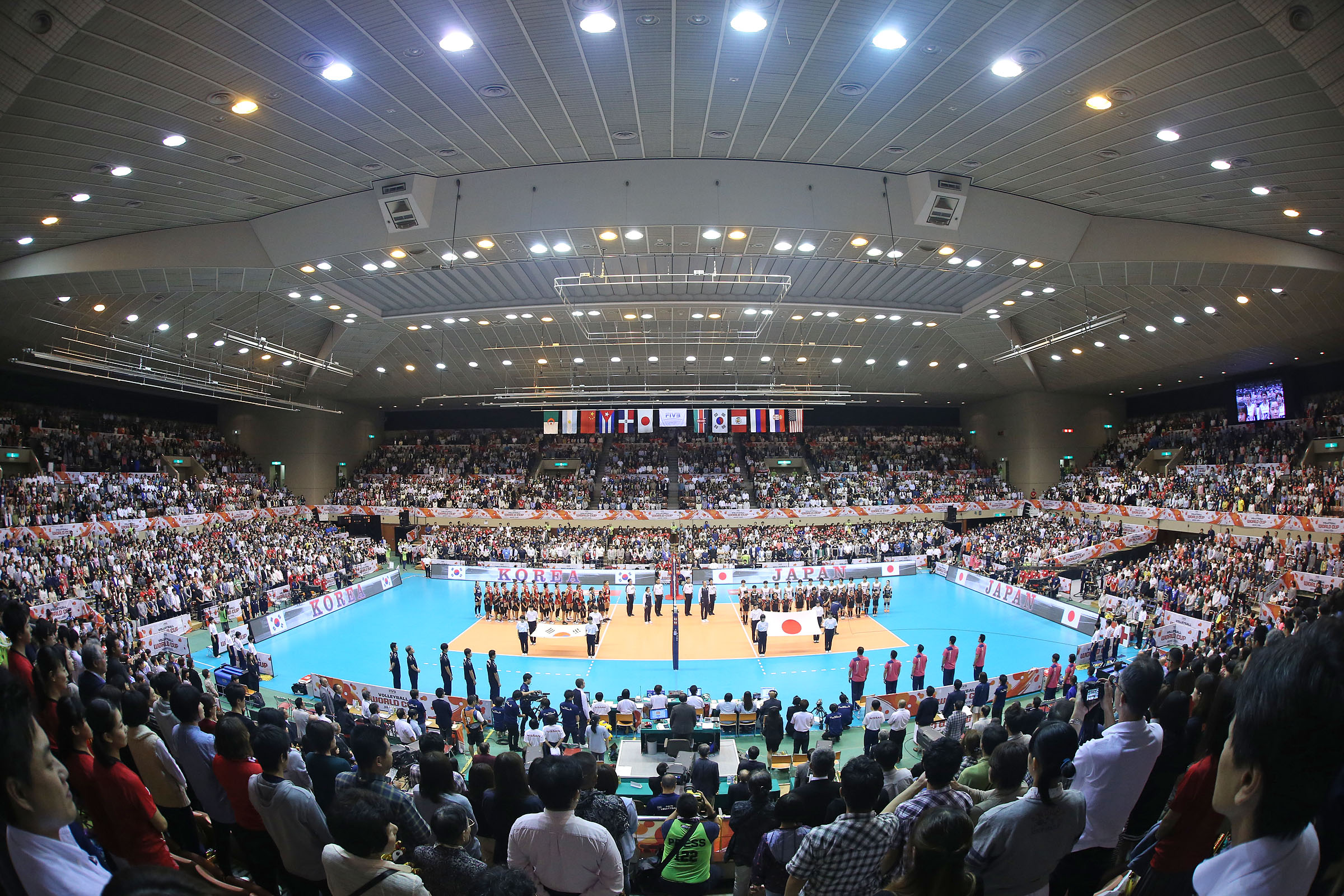 Fans at an FIVB World Cup match in Sendai in 2015

Furudate used his experience as a player to have the series use real tournaments, such as the Japanese national high championship (Haruko) and prefectural high school championships (Todufuken-taikai) to give the story a real-life depth. Additionally, he explains rules and describes the plays (or tactics) in the story to bring those who are not familiar with the sport an easier understanding to keep them engaged. The attention to detail has been popular with manga readers and television viewers alike.

Since the debut of Haikyu!! in 2012, the series has grown to 40 published volumes and was converted into an animated series and first broadcast in April 2014 with the name Haikyu!! on the MBS network. Two further series were broadcast in October 2015 and October 2016.

Haikyu!! has also been popular in collaborations. FIVB approved ball manufacturers Mikasa have had their designs displayed in the book and broadcast editions. In preparation for its return to television in 2020, the Japanese V.LEAGUE V1 men’s league also announced in August that it would collaborate with “HAIKYU!! To The TOP” on a special campaign. Each of the 10 teams in the league has a player that corresponds with one of the characters of the Karasuno team in the series. 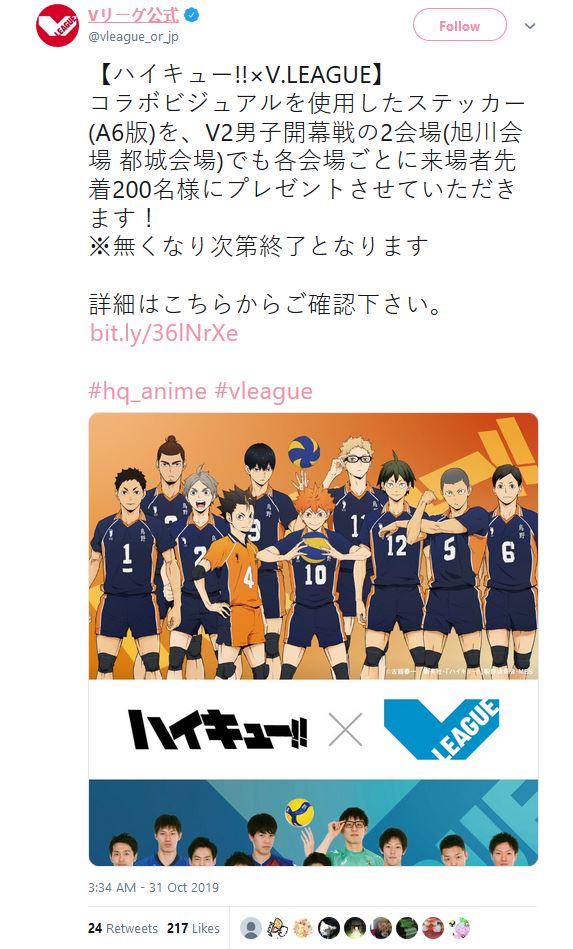 The V.LEAGUE have also been creating individual videos for each of the players. Such as this one for the Yasunari Kodama. 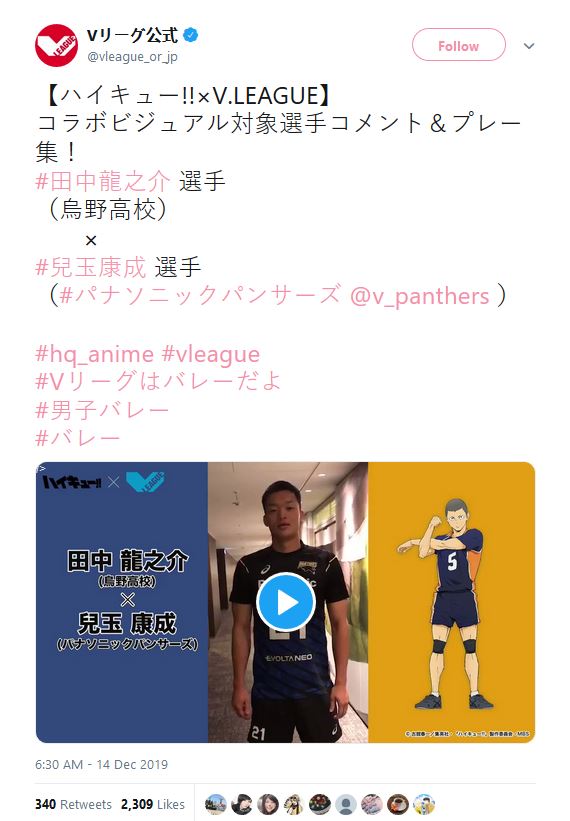 Also do not forget that there is plenty of merchandising with the show. TBS has a store on Character Street in the basement of Tokyo Station. The store carries goods for the different characters and shows that appear on TBS television. Sadly, Volleyboo, TBS’s volleyball mascot was not available in person at the store. We miss you Volleyboo. 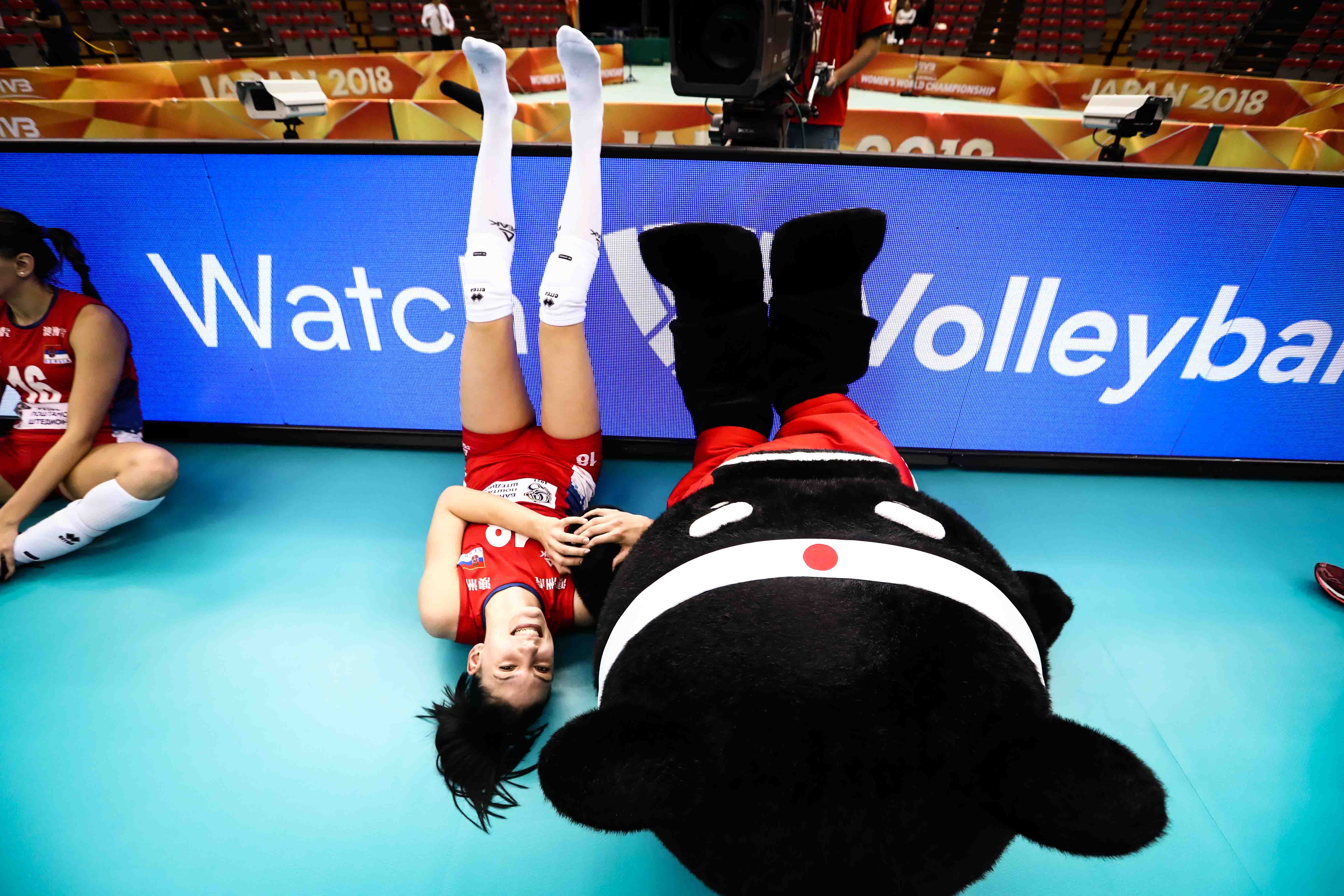 However, there are plenty of Haikyu!! displays with keychains, drinking bottles, calendars, notebooks and figurines for purchase in many different price ranges. 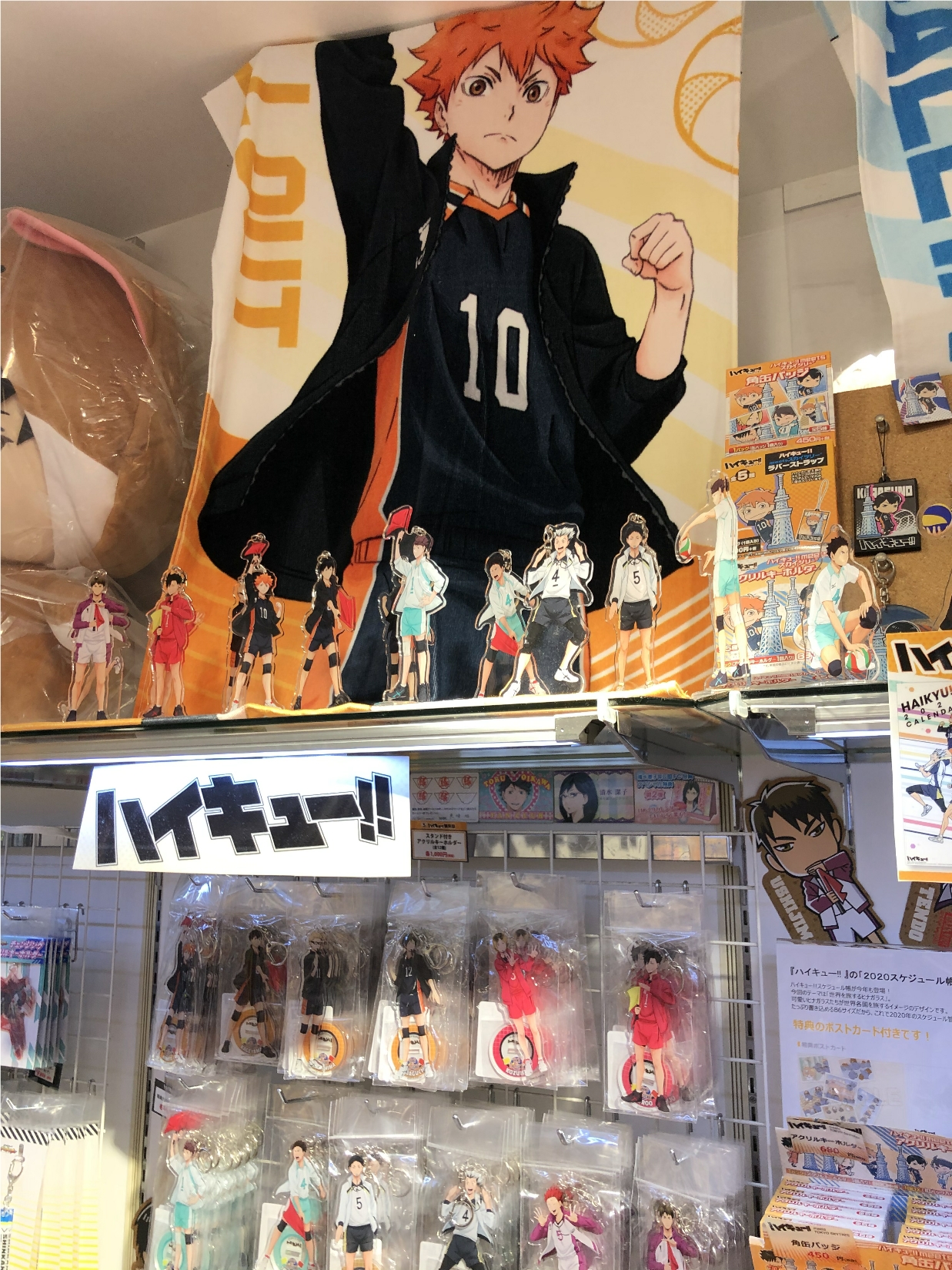 It is not known at this time when HAIKYU!! To The Top will be broadcast internationally, but based on the success of the anime and the show overseas, it should be available in the near future.

And if you want to watch the likes of Tomohiro Yamamoto in action at last year's edition of the FIVB Volleyball Nations League, the FIVB's YouTube channel is the place to head.
More volleyball from Japan:
Drews and Jack lead JT Marvelous and Denso to Japanese Women's V1 semifinals
The Ishikawa siblings - Young, talented & dangerous!
Girls' U18 and Boys' U19 national team players shine at Japanese high school championships
Stars of the game lead Denso & JT Marvelou as Japanese Women's V1 League reaches playoff rounds