German show of strength in Xiamen 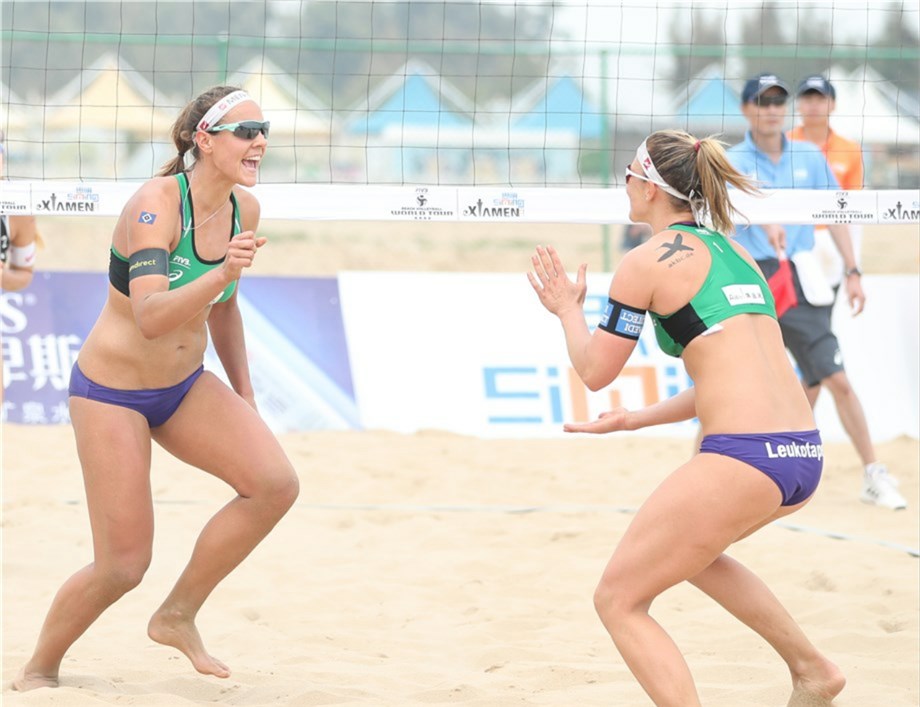 Xiamen, China, April 25, 2019 – Germany’s Victoria Bieneck and Isabel Schneider took their opening FIVB Beach Volleyball World Tour Xiamen Open win after a long tussle against Nina Betschart and Tanja Hüberli from Switzerland, 2-1 (21-15, 14-21, 13-15).
Quick links - Beach volleyball:
FIVB Beach Volleyball World Tour - Xiamen
FIVB.com - Beach volleyballFacebookTwitterInstagram
The opening day of pool play kicked off under humid conditions on Xiamen’s Guanyinshan beach with Bieneck/Schneider up against Betschart/Hüberli in the noon heat.
The closely matched teams currently sit in 13th and 14th position in the world rankings and both Bieneck/Schneider and Betschart/Hüberli tried to take a hold of the match. Betschart/Hüberli edged ahead in the first, but Bieneck/Schneider started to appear more confident and sent the match into a tie-break.
“It was a tough match, always with them, we practice a lot together so we know each other, so 15-13, we’re happy,” said Bieneck. 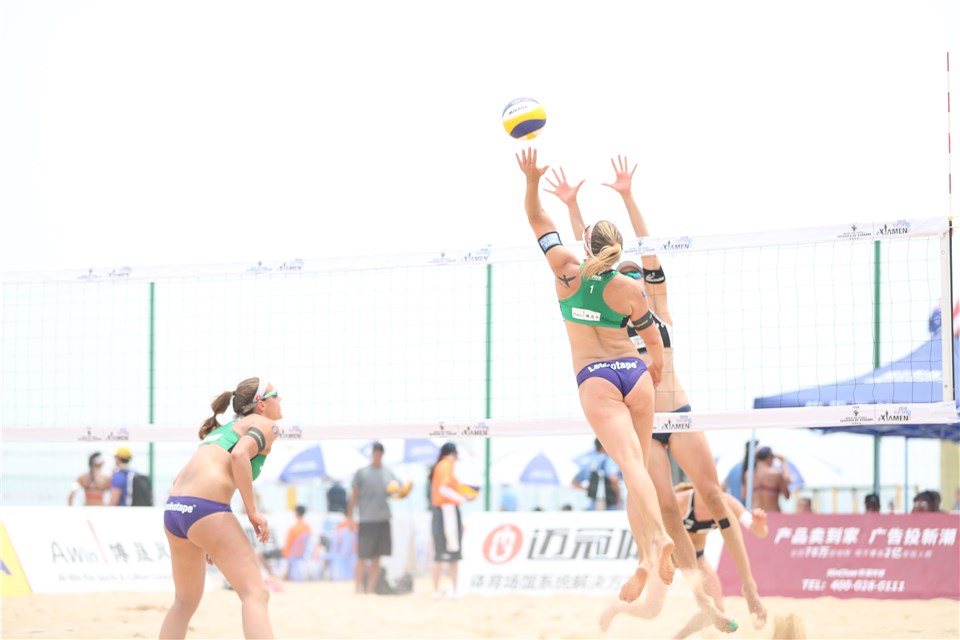 Isabel Schneider (right) and Victoria Bieneck during their opening match in Xiamen
The pair had a good 2018 season reaching at least the second round of main draw in every tournament including a final four at the Fort Lauderdale 5-Star. The team’s only FIVB World Tour medal as a team at senior level came at the 2017 Xiamen Open and Schneider is a very familiar face at the Chinese tournament.
“This is the sixth time that I have been here, so we know everything here. It’s hot and humid but we feel good here and happy to be playing here,” said Schneider.
Bieneck/Schneider are part of a strong German contingent in Xiamen, represented by five teams in the main draw led by Chantal Laboureur and Sandra Ittlinger and also featuring Karla Borger/Julia Sude, Laura Ludwig/Margaret Kozuch and Kim Behrens/Cinja Tillmann.
Bieneck/Schneider’s won gold at the inaugural FIVB U23 Beach Volleyball World Championships in 2013 and will enter this year’s World Championships at home in Hamburg.
“We are for sure looking forward to our home World Championships in Hamburg and so this is one of the big events this year. For this tournament because it’s so early in the season everybody comes out new out of the winter and we try to bring our game and our best and we will see how far it goes,” said Schneider. 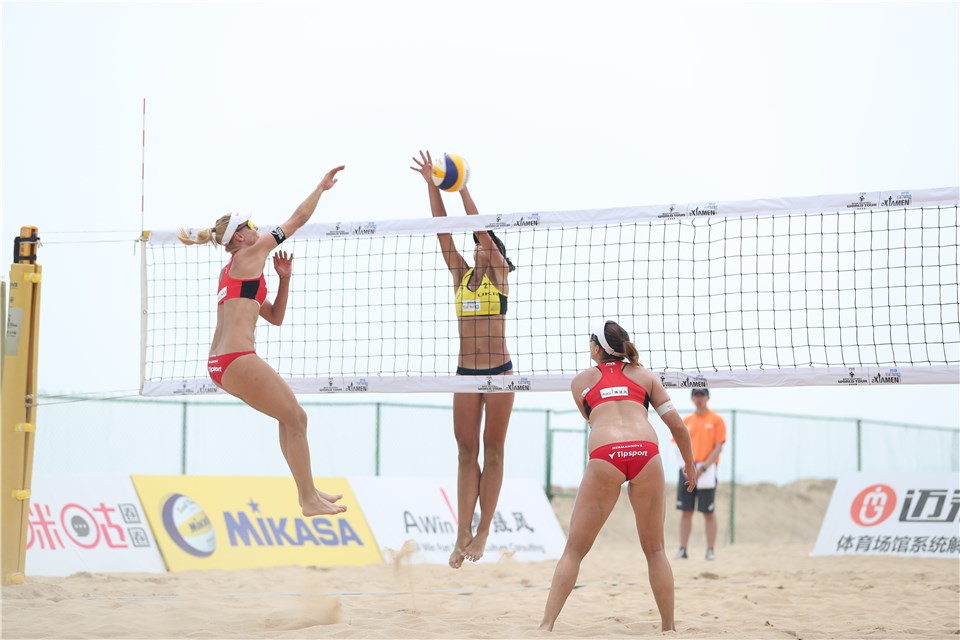 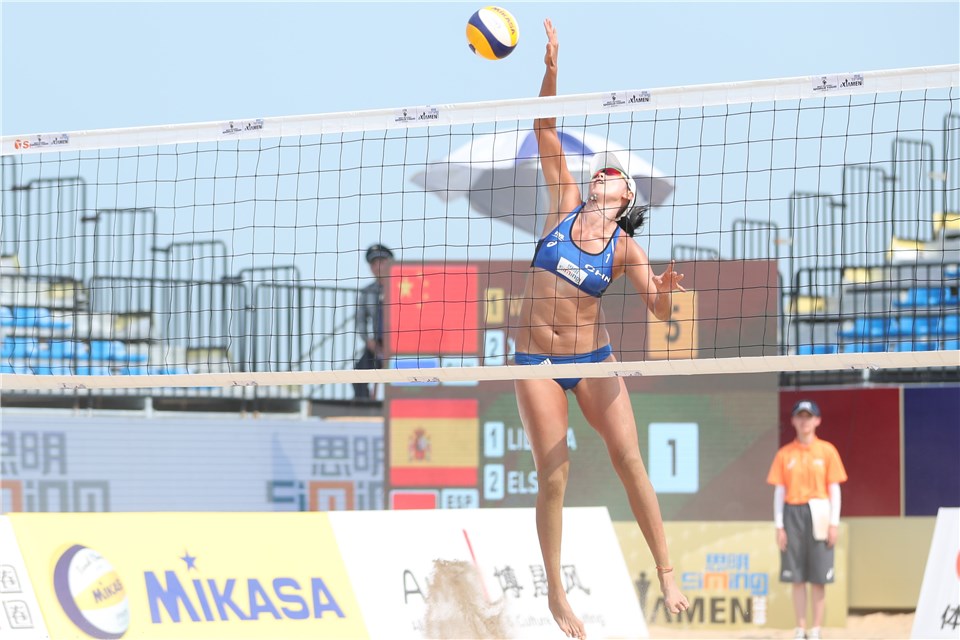