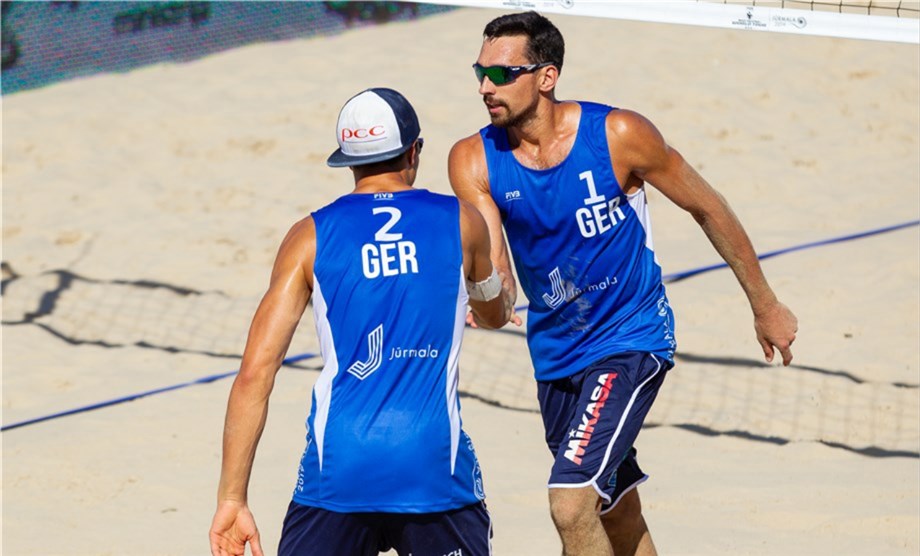 Erdmann/Winter will join Julius Thole/Clemens Wickler, Nils Ehlers/Lars Flüggen and Philipp Arne Bergmann/Yannick Harms as part of a strong German contingent vying for a successful end to the FIVB season in Rome.
Erdmann/Winter reached the quarterfinals in Jurmala where they were defeated by compatriots Germany’s Armin Dollinger/Eric Stadie.
Erdmann and Winter teamed up for the first time in July ahead of the FIVB Beach Volleyball World Championships in Hamburg. 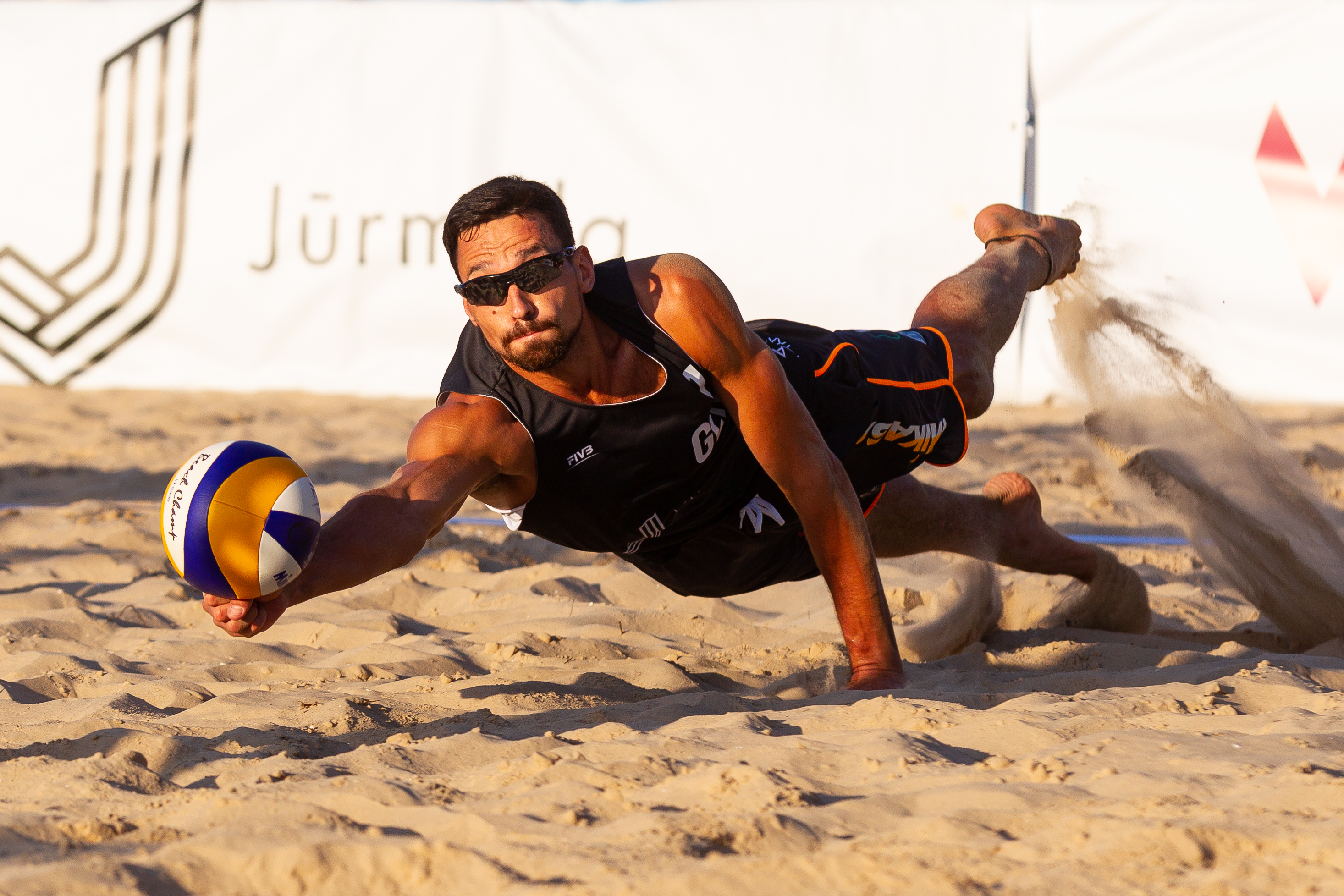 Jonathan Erdmann at the Jurmala 3-Star
“This is a short and big story, Sven asked me before the World Championships in Hamburg because his partner is injured and I was thinking about what to do. I decided that I wanted to play in the World Champs and then it was going good. Now it’s going well and we are finishing the season step-by-step playing good and we are still in the process of getting closer and playing better volleyball,” said Erdmann.
In their short time as a team, the German’s have been aiming high. Following the World Championships, they competed in Gstaad 5-Star, Espinho 4-Star, Vienna 5-Star and the CEV European Championships.
“This was the plan all season long, also with my injured partner, Alexander Walkenhorst, to play the second half of the season in the big five-star tournaments and to go on the big stage and play some matches against the big guys,” said Winter. 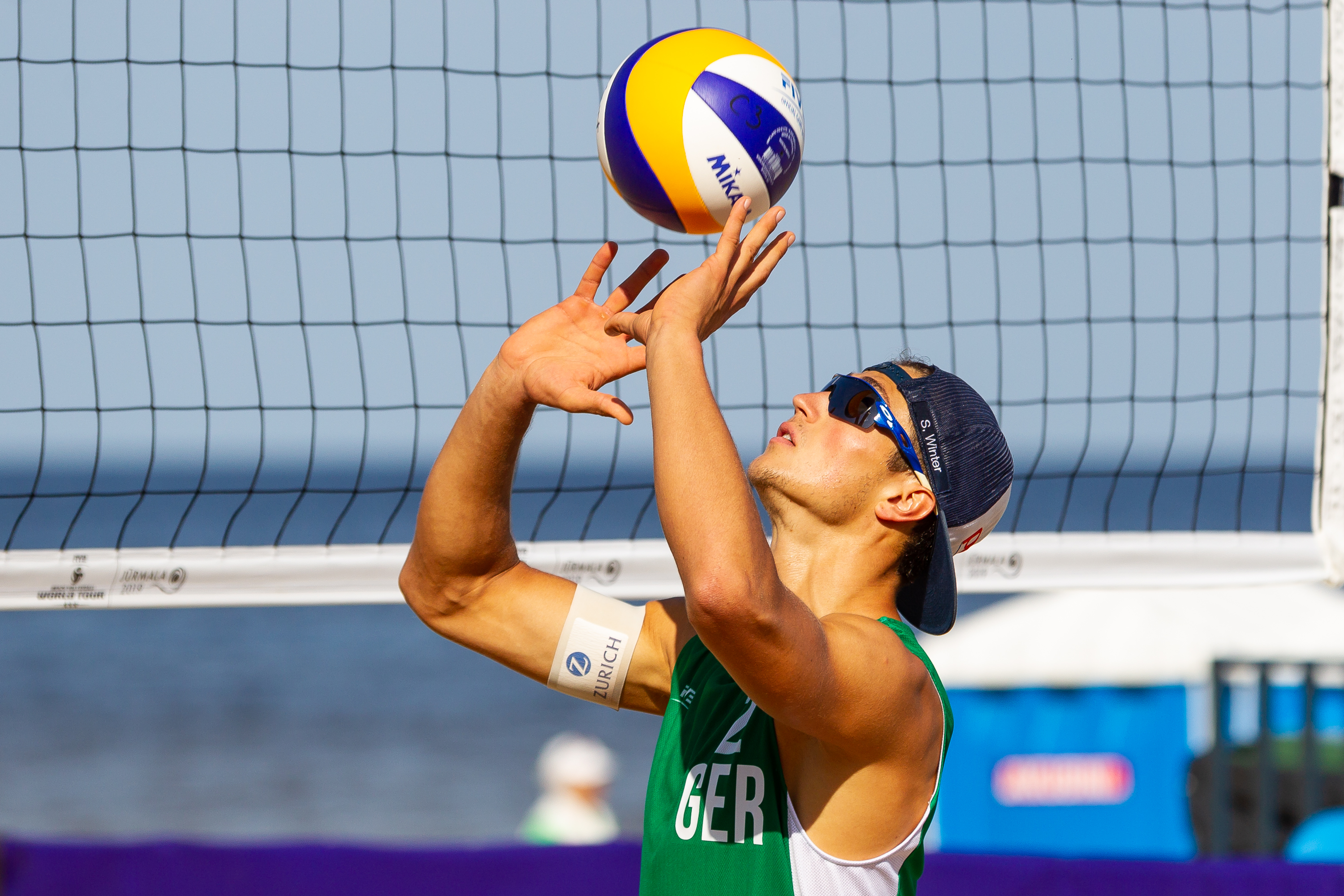 Sven Winter in action in Jurmala
Erdmann/Winter, along with Bergmann/Harm, Y. enter into the FIVB World Tour Finals qualification tournament.
“For me as a young player, it’s very new and exciting. The last two five star tournaments we didn’t make it out of the qualifier, but this time and also here in Jurmala we are getting really good results, so we’re feeling confident going into the qualifiers so let’s see what happens,” said Winter.