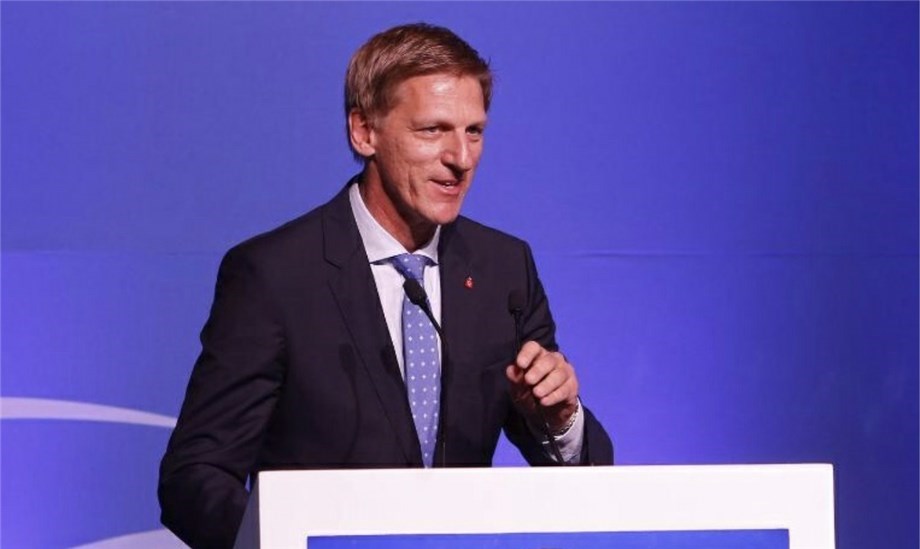 Salzburg, Austria, June 29, 2020 – Gernot Leitner was unanimously re-elected as Austrian Volleyball Association (ÖVV) President for a further two years at the organisation’s Ordinary General Assembly on Saturday 27 June 2020.
Leitner, a former beach volleyball player, has led the ÖVV since 2017, helping to guide the organisation from strength to strength. Having also played snow volleyball in 1997, he has been at the forefront of Austria becoming a pioneer country for the new discipline, with the nation hosting the first leg of the FIVB Snow Volleyball World Tour in 2019.
Meanwhile, Markus Petsche was elected as the new Vice President of Administration and Finance, while Christian Maierhofer succeeded Christian Keinrath as Vice President of State Associations. In addition, the Vice President of Federal Leagues Frederick Laure and Vice President of Player Representatives Maximilian Thaller were elected. The ÖVV Vice President of Beach Volleyball post remains vacant after Elisabeth Klopf, who had served as an ÖVV board member for 19 years and is expecting her first child, resigned.