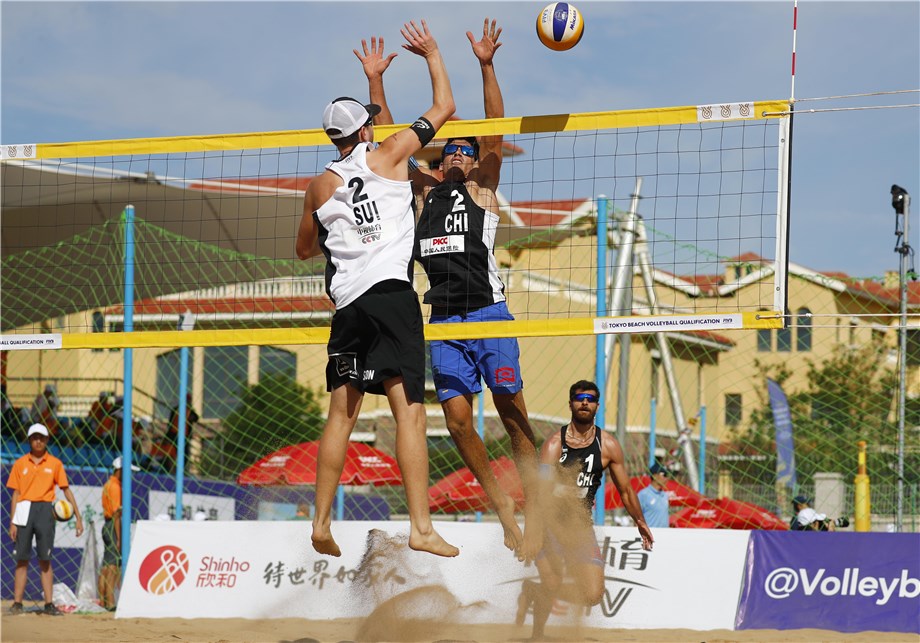 Haiyang, China, September 19, 2019 - It is only the second of four days of competition at the FIVB Tokyo Beach Volleyball Olympic Qualification tournament, but Mirco Gerson and Adrian Heidrich are making a move to become the first men's team from Switzerland to qualify for the Summer Games since 2012.
Quick links - Beach volleyball:
Tokyo Beach Volleyball Qualification - Haiyang
Facebook
Twitter
Instagram
The last appearance by Switzerland in the men's competition at the Olympics was at the London 2012 Summer Games where Jefferson Bellaguarda/Patrick Heuscher and Sebastian Chevallier/Sascha Heyer placed ninth. At the Rio 2016 Olympics without a men's entry, Switzerland had two women's pairs place fifth and ninth.
The last entry into this week's Tokyo qualifier due to the United States declining to send a men's or women's pair to the event, Gerson and Heidrich posted their third-straight win of the competition here Thursday morning by posting a 2-0 (21-10, 22-20) Pool E win in 35 minutes over the Grimalt cousins (Esteban and Marco) of Chile.
With their win over Chile combined with a forfeit victory over 2016 Olympic bronze medal winners Alexander Brouwer and Robert Meeuwsen of the Netherlands, Gerson and Heidrich advance to Friday's third phase of pool play. The Swiss are now 3-0 in international beach volleyball matches with the Grimalts, but Gerson and Heidrich had lost their previous two FIVB meetings to Brouwer and Meeuwsen.
"We are feeling more confident in our game and everything is starting to come together for us," said Gerson after learning his team had won Pool E due to a forfeit by Brouwer and Meeuwsen. "Adrian's blocking, my defense and our service game are clicking right now."
As for being the first Swiss team to qualify for the Olympics since 2012, Gerson said he has thought about the fact, "but that is in the past and we are just playing now for a spot in the Tokyo Olympics. There are a lot of good teams out here, so we have to be at our best each time out."
Gerson and Heidrich have been on a roll lately on the World Tour by placing fifth (Vienna, Austria), ninth (Moscow, Russia) and ninth (Rome, Italy) in their last three FIVB appearances as the Swiss have won 10 of 15 international matches the last two months. 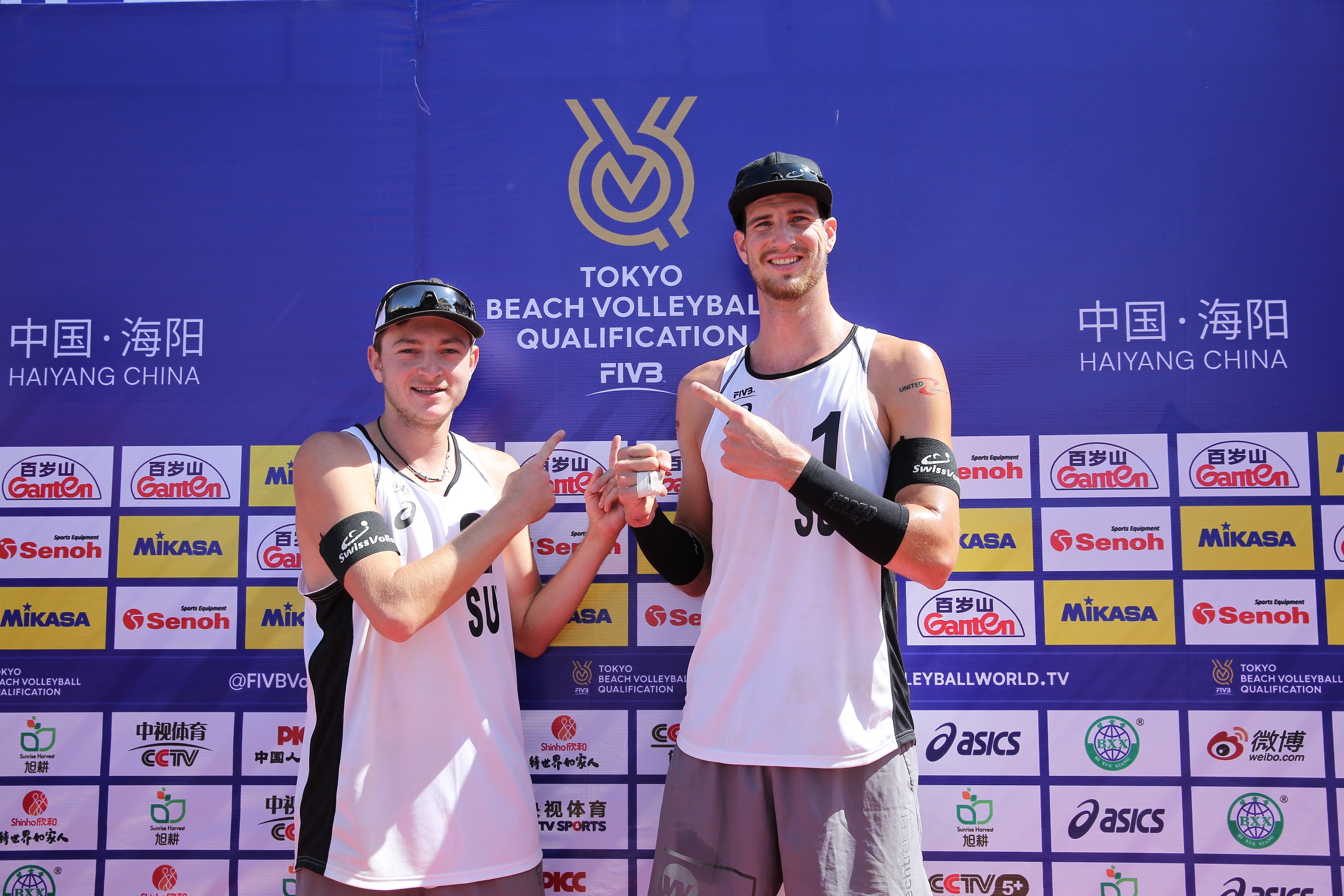 Mirco Gerson (left) and Adrian Heidrich of Switzerland
Prior to their current success, Gerson and Heidrich had posted a 13-17 match mark in nine FIVB World Tour appearances with only three top-nine finishes in the first seven months of 2019 highlighted by a fifth at the first event of the calendar year in the Netherlands where the Swiss lost to Brouwer and Meeuwsen in the quarterfinals at The Hague.
Both Swiss players have sisters competing on the FIVB World Tour with the 25-year-old Heidrich's older sibling Joana playing in Pool F this week with Anouk Verge-Depre. The Swiss women are competing in Pool F on Thursday with afternoon matches against teams from Poland and Italy.  At the Rio Olympics, Joana Heidrich placed fifth with Nadine Zumkehr.
The 26-year-old Gerson's younger sister Dunja placed in 14 FIVB World Tour events this season with Laura Caluroi with their best finish being a third at a Turkish tournament in Aydin.
After Thursday's second phase of pool play where two pairs from each group advance, Friday and Saturday's schedule features two pools of four teams each playing a round-round schedule to set the field for the two Olympic qualifying matches Saturday for men and Sunday for women.