Get to know: Nikolay Uchikov 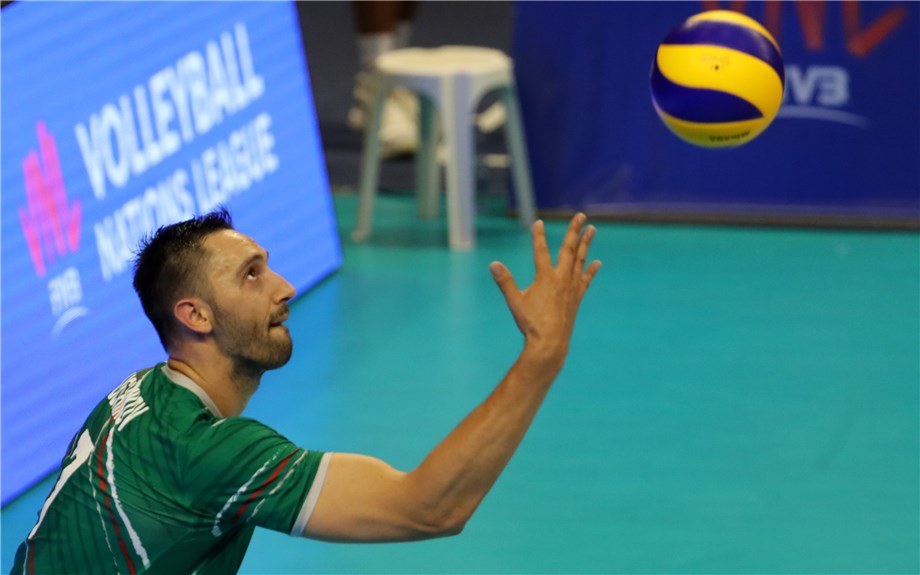 Lausanne, Switzerland, June 16, 2019 – Bulgarian opposite Nikolay Uchikov has led his team in the men’s 2019 FIVB Volleyball Nations League as the Balkan Lions prepare to take on Italy in Varna on Sunday.  In a video interview, the 33-year-old athlete told us a few interesting facts about himself.
The leading scorer for his team in the 2019 VNL, Uchikov has played club volleyball for teams from Bulgaria, Italy, Russia, Argentina and Greece. In 2012, he became club world champion with Italy’s Trentino Diatec Trento. This season he triumphed with the championship trophy in the Bulgarian National Volleyball League with the team of Neftohimik 2010 Burgas. His wife, Vesela Boncheva-Uchikova, is also a professional volleyballer, playing as a setter.
This weekend, Bulgaria coach Silvano Prandi’s team have welcomed Australia, Japan and Italy to Varna, claiming a victory against Australia on Friday before losing to Japan on Saturday. Captain Uchikov and his teammates will hope to end the week on a positive note against the other European team in the pool.