Lausanne, Switzerland, January 14, 2020 - The All-Japanese High School Championships were played in the Tokyo suburb of Chofu at the Musashino Forest Sports Plaza with five-time champs Higashi Kyushu Ryukoku claiming victory in the girls' tournament and Kyoto’s Higashiyama High School in the boys' this weekend.

Lausanne, Switzerland, January 14, 2020 - The All-Japanese High School Championships were played in the Tokyo suburb of Chofu at the Musashino Forest Sports Plaza with five-time champs Higashi Kyushu Ryukoku claiming victory in the girls' tournament and Kyoto’s Higashiyama High School in the boys' this weekend.
Featuring players from Japan's Girls' U18 World Championship team, and their Boys' U19 World Championship team, past editions of the competition have also helped to develop future stars of the sport including the likes of Ai Kurogo and Mayu Ishikawa in the girls' tournament and Yuki Ishikawa in the boys'.
The Championships, also known as Haruko (Spring High School Tournament) start with prefectural qualification tournaments in October and November for boys and girls teams throughout Japan.

Each prefectural champion advances to the final tournament. The prefectures of Hokkaido, Osaka and Kanagawa each also have their second-place teams advance to the tournament, while Tokyo has their second and third-place teams also advance. This means that 54 teams participate in the Finals.

The first four rounds of the tournament were played from January 5 to 7 and were single-elimination best-of-three set matches (each set to 25 points). The arena had four courts set up side-by-side to enable multiple matches to be played at one time. Third (Round of 16) and fourth round (quarterfinals) matches were played on the same day. The semifinals and final were best-of-five set matches.

The Musashino Forest Sports Plaza was the location for the tournament, as opposed to the traditional home of Tokyo Metropolitan Gymnasium, which will host the table tennis competition at the Tokyo 2020 Olympic Games later this year.

FIVB broadcast partner FujiTV is the official broadcaster for the tournament and has a highlight show during the first weekend of the tournament every night and broadcasts the semifinals and finals live. FujiTV visits many of the participating teams prior to the tournament to film a short video of about one minute in length. The videos usually have a performance by the team. This year on the girl’s side Wakayama Shin-Ai High School made a target drill video using every member of the team. 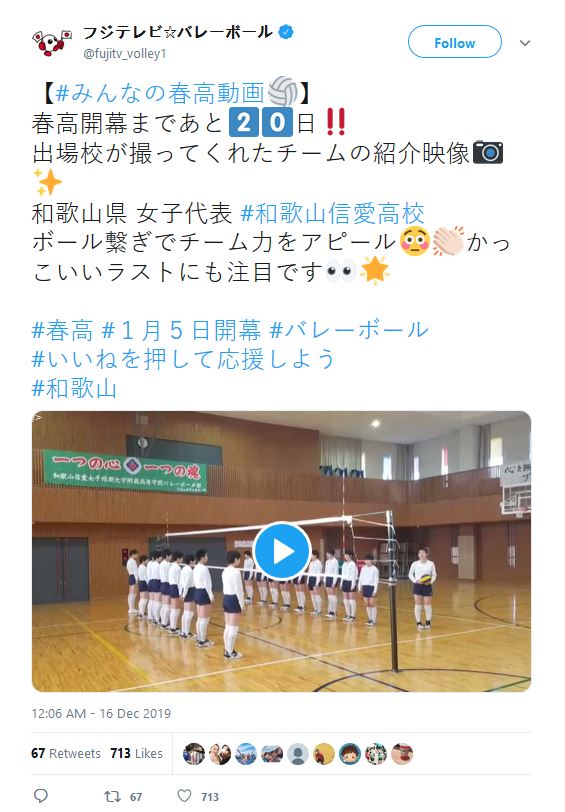 Two schools in the boys' tournament - Shimizu Sakuragaoka and Higashi Fukuoka High Schools - both made videos using the Haka dance. 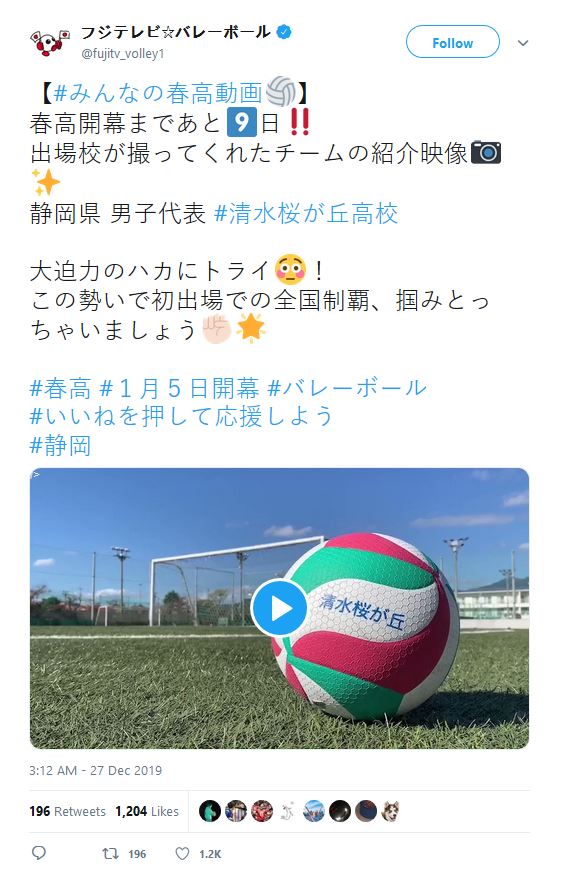 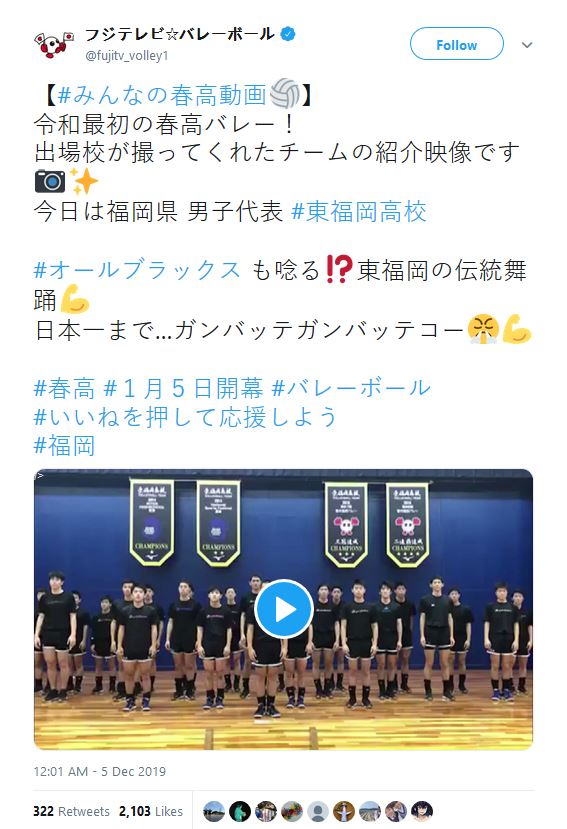 The competition has seen many current Japanese national team men and women players participate and even win the tournament.

As for the boys’ tournament, Yuki Ishikawa played for Nagoya’s Seijoh High School and won the title in 2013 and 2014. Issei Ohtake won the 2011 title with Toa Gakuen High School.

Even the popular volleyball anime Haikyu!! has partnered with the tournament. 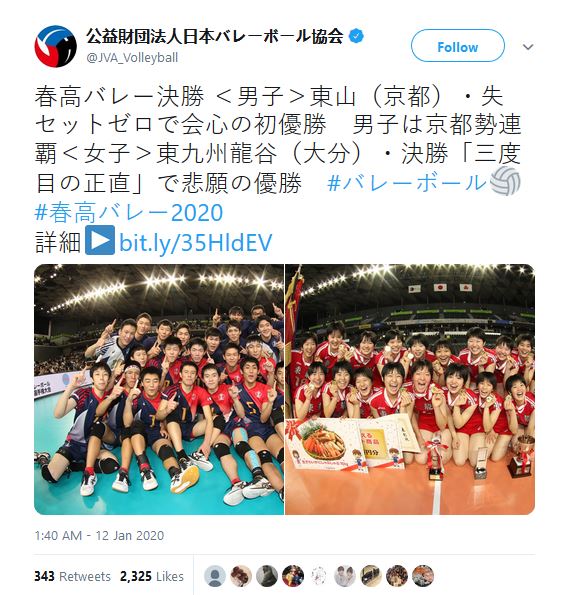 Moving over to the boys’ tournament, Nagano Prefecture’s Matsumoto Kokusai High School and Kyoto’s Higashiyama High School were debutants in the semifinals. While Osaka’s Seifu High School was looking to win for the championship for the first time. Tokyo’s Sundai Gakuen was aiming for their second championship and first since 2017. Higashiyama swept Matsumoto 3-0 (25-19, 28-26, 25-14) to advance to their first final. Sundai Gakuen held off Seifu 3-1 (25-22, 19-25, 25-23, 25-17) to reach the final.

The best player award for the girls’ tournament was given to Rino Murooka of Higashi Kyushu Ryukoku High School. Murooka is an outside hitter but only 162 cm tall and played in the U18 World Championship team. For the boys’ tournament Ran Takahashi of Higashiyama was named the best player.