Ekaterinburg, Russia, February 7, 2020 – Dinamo Moscow shut out Uralochka-NTMK Ekaterinburg in the all-Russian clash of Pool E in the women’s CEV Champions League on Thursday to move to within one win of making the quarterfinals as opposite Natalya Goncharova once again proved priceless for her team.

Ekaterinburg, Russia, February 7, 2020 – Dinamo Moscow shut out Uralochka-NTMK Ekaterinburg in the all-Russian clash of Pool E in the women’s CEV Champions League on Thursday to move to within one win of making the quarterfinals as opposite Natalya Goncharova once again proved priceless for her team.
With one leg to go, Dinamo are currently second in their pool on a 3-2 win-loss record, the same as table leaders RC Cannes, to shape up a crucial clash between the champions of Russia and France on February 18 in Moscow, the winner of which will top the final pool standings and advance to the last eight in Europe’s most prestigious club competition.
30-year-old Nataliya Goncharova was once again instrumental to Dinamo’s success, top scoring 19 points (17 spikes, 2 blocks) towards the emphatic victory in Ekaterinburg. The 196-cm-tall athlete was by far the best scorer in her team’s previous two wins in the pool, hammering out 26 points towards the 3-1 home victory over Uralochka and another 26 towards the 3-1 away victory at Bulgaria’s Maritza Plovdiv in the first two legs of the competition.
It is quite likely that, had Goncharova not suffered from some health problems around Dinamo’s next two games in the pool, they would already have cemented their place at the top of the standings. The only times the Moscow squad conceded defeats were when the opposite was not on the court. In the third leg, Dinamo lost in straight sets at RC Cannes with Goncharova sustaining an injury early into the first set of the match and leaving the game. She missed the next match at home with Maritza because of illness and the Bulgarian champions managed a sensational victory over the most decorated team in the history of the competition right there, in the middle of the Russian capital.
Currently, Goncharova is the best attacker of the Champions League pool stage on spiking points per set played with an average of 5.42. On 6.17 total points per set, she is second only to Allianz MTV Stuttgart's Krystal Rivers. In Russia’s domestic Superliga season, Dinamo’s opposite has scored an average of 5.69 points per set of which 5.14 in offence, standing third in the league on both accounts. 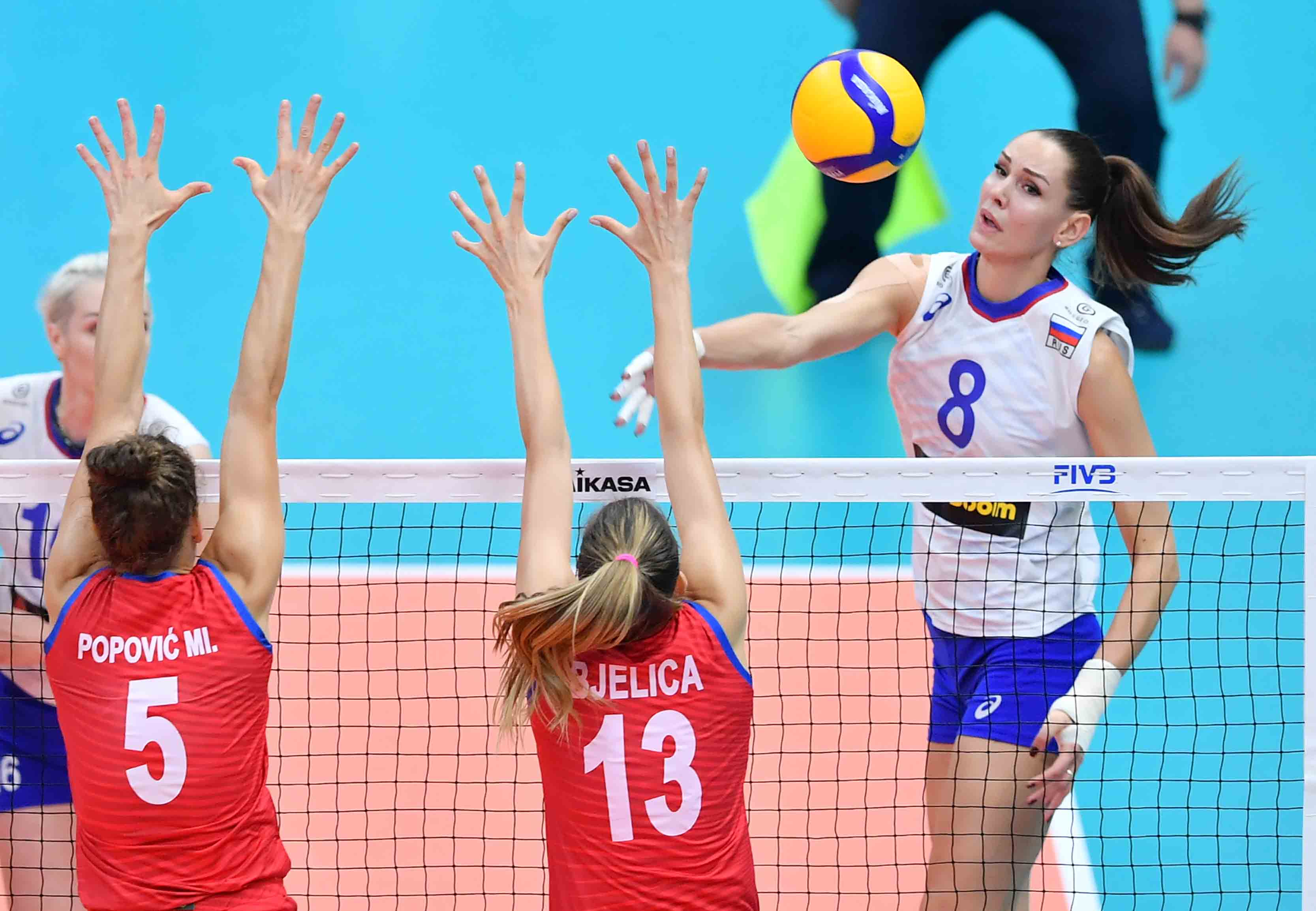 Nataliya Goncharova spikes against Serbia at the 2019 FIVB World Cup
Of course, Nataliya Goncharova’s scoring prowess comes as no surprise to anyone. Just recently, she became the best scorer of the 2019 FIVB World Cup in Japan producing 209 points for the national team of Russia which claimed the bronze. At August’s Olympic qualification tournament in Kaliningrad, where Russia earned their ticket to Tokyo 2020, Goncharova was the most efficient spiker on a 53.26% success rate in attack. Earlier in her national team career, the 2010 world champion and two-time European champion was named Best Opposite of the 2015 World Cup and Best Opposite of the 2015 FIVB World Grand Prix.
Having climbed the podium at most major international competitions, the Olympic medal is the big one Goncharova is missing from her showcase. With the 2020 national team season approaching, an opportunity to fill that gap is not far away for the outstanding athlete. If she stays healthy and continues to perform the way she has been recently, she could well lead Russia to top-level results at both the VNL and the Tokyo Olympics. 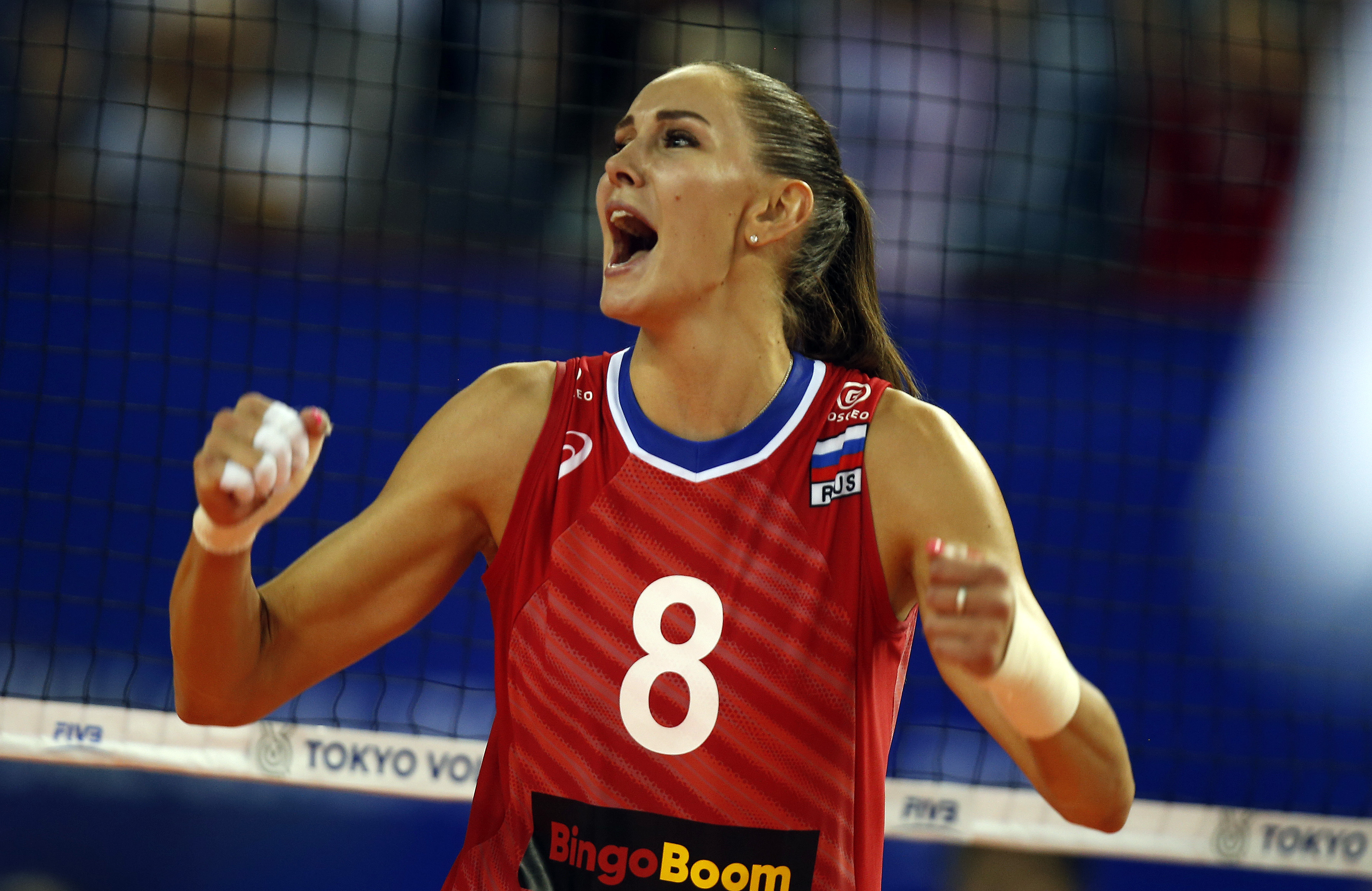