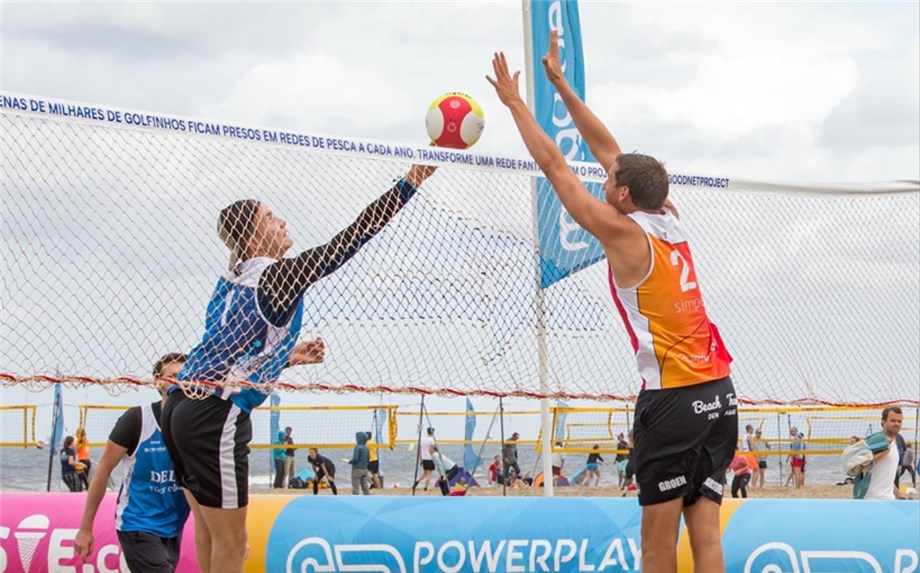 Scheveningen, Netherlands, July 19, 2019 - The Netherlands Volleyball Federation (NEVOBO) used one of the FIVB’s Good Nets on their centre court during the Mega Beach volleyball event in Scheveningen last week. In total, over twenty top division games were played by elite volleyball athletes using the Good Net.

Launched in March 2019, the Good Net project is a collaboration between the FIVB and Ghost Fishing to recover discarded fishing nets from the world’s oceans, with many to be recycled into volleyball nets for local community use around the world. First used on Copacabana Beach in Rio de Janeiro, Brazil, a recycled net was also installed at the FIVB Beach Volleyball World Championships in Hamburg earlier this month.
Mega Beach is the biggest beach volleyball tournament in the Netherlands. Over the weekend, more than 900 teams (around 2,700 people) took part across 153 different courts. During the weekend’s action, many visitors took an active interest in the Good Net project and it is estimated that more than 8,000 people learned more about the FIVB’s initiative.
A team from Ghost Fishing were present at the event and were impressed with how many volleyball fans wanted to find out more about the initiative. 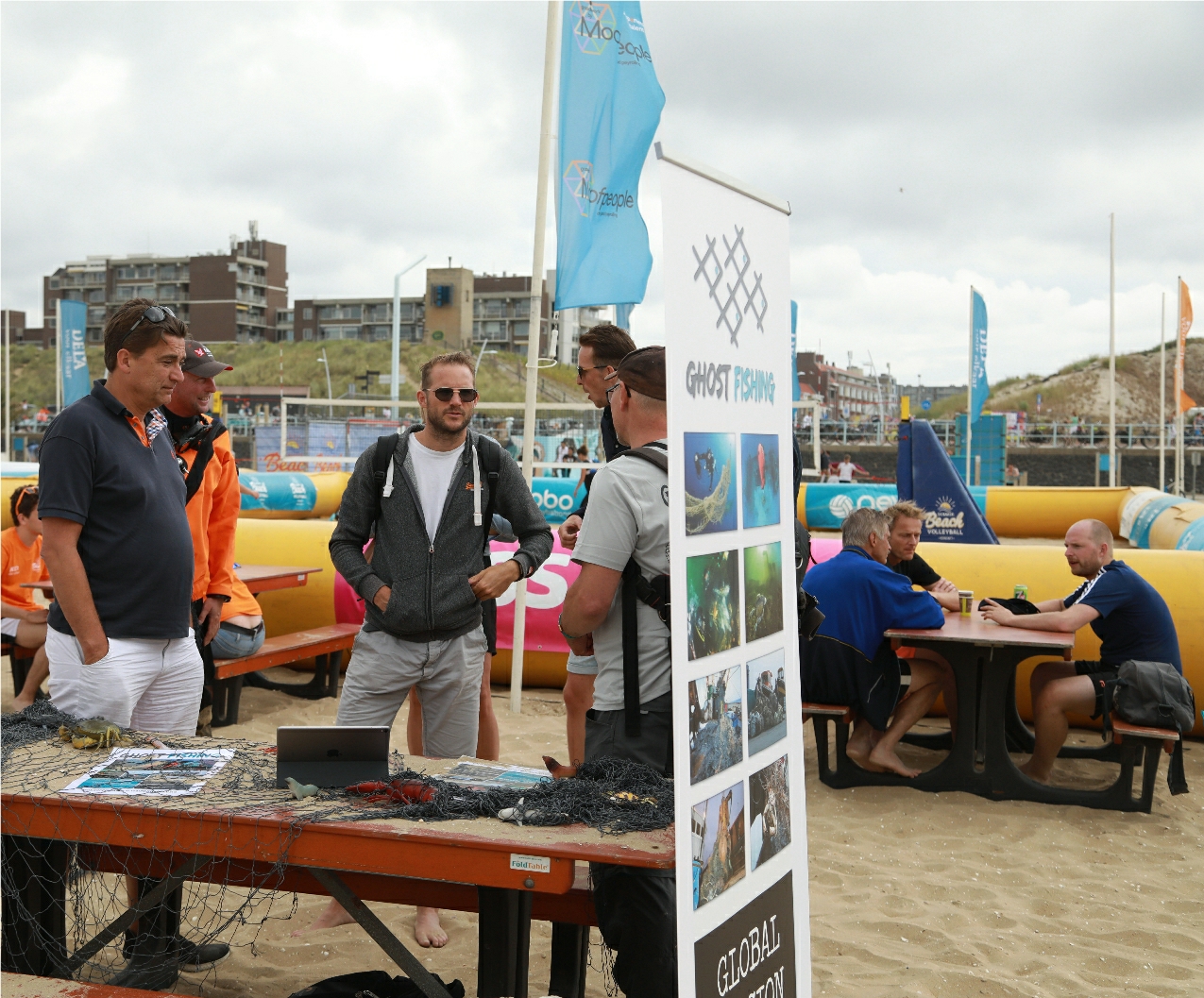 However, it wasn’t just athletes and spectators at the event that were made aware of the Good Net project. On Facebook, NEVOBO’s posts reached over 4,000 volleyball fans, while its Tweets were seen by 2,765 people and 1,500 on Instagram.
“The FIVB is committed to promoting global and sustainable change through sport,” FIVB Secretary General Fernando Lima said. “The beach is our arena and it is the responsibility of all of us to protect our natural habitats. Good Net is about turning a negative situation into a positive.”

The FIVB’s Good Net project has also joined the United Nations (UN) Clean Seas campaign in the fight against marine plastic pollution. Future plans include taking a Good Net for fans at the FIVB World Tour Finals in Rome later this month.

For more information and to help remove nets from the ocean, please visit: https://goodnetproject.com/EN