Rio de Janeiro, Brazil, March 16, 2019 - The body responsible for world volleyball (FIVB) has teamed up with marine conservation group the Ghost Fishing Foundation (Ghost Fishing) to launch Good Net, a project designed to recover discarded fishing nets from the world’s oceans, with many to be recycled into volleyball nets for local community use around the world.

Rio de Janeiro, Brazil, March 16, 2019 - The body responsible for world volleyball (FIVB) has teamed up with marine conservation group the Ghost Fishing Foundation (Ghost Fishing) to launch Good Net, a project designed to recover discarded fishing nets from the world’s oceans, with many to be recycled into volleyball nets for local community use around the world.

The FIVB and its partners is launching Good Net on Copacabana Beach in Rio de Janeiro, Brazil. As the site of the Rio 2016 beach volleyball tournament, Copacabana is also home to a school that was completely renovated by the FIVB for the Olympic Games. Today local people from the area are playing on beach courts that used transformed fishing nets for the first time and learning more about the problem of ghost nets.

Every year, 640,000 tonnes of fishing gear finds its way into the oceans, where it continues to trap marine wildlife, including whales, dolphins, turtles and fish of all kinds. Good Net aims to raise global awareness of the problem while also contributing to the solution. 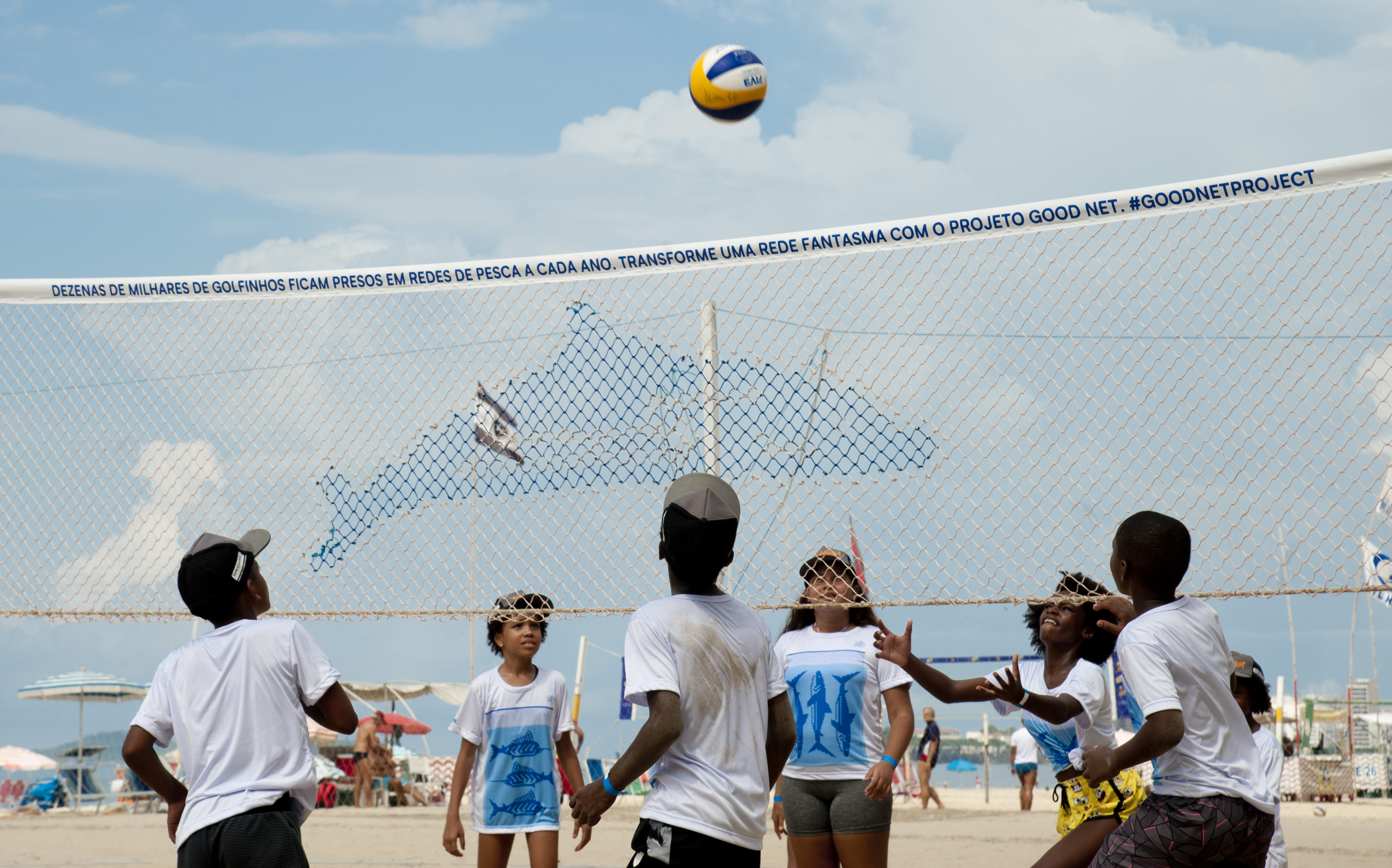 “As volleyball players, nets are at the centre of our game and of our joy. And we love the beach. So, for us, it was really hard to learn that, in the oceans, there are so many nets that are doing so much harm out of sight,” said Brazilian volleyball star Giba, speaking at the launch.

“With volleyball, we have the most watched sport at the Olympic Games. Who better to team up with groups like Ghost Fishing, so we can act as one to make Good Net?”

Working with the Netherlands-based Ghost Fishing and its global teams of divers has enabled the FIVB to combine forces with each partner, bringing specific attributes, experience and networks to Good Net.

Through the support of the IOC, Good Net has also joined the United Nations (UN) Clean Seas campaign in the fight against marine plastic pollution. Launched in February 2017, the Clean Seas campaign aims to increase global awareness of the issue of marine litter, as well as to implement measures that highlight and address the gaps in waste and recycling management.

“As divers, we care deeply about the oceans. We also understand just how ghost nets do a huge amount of harm to marine wildlife in places where only a tiny few can see that damage is being done. But volleyball nets, whether on a local beach or at a televised tournament, have a whole other level of visibility,” said Ghost Fishing CEO Pascal van Erp.

“With hundreds of millions of players and fans around the world, and as a sport that is played in so many of the world’s iconic locations, we’re really excited to see how teaming up with volleyball can help us raise awareness, raise nets from the oceans and return them to the supply chain.”

"The key to advancing global sustainable development lies in collaboration,” said Julie Duffus, Sustainability Manager at the IOC.  “We are thrilled that the FIVB has joined the Clean Seas initiative. Together, we can use the power of sport to help tackle pollution and make an active contribution to society and the environment.  Ghost nets are among the greatest threats to our ocean’s biodiversity, and as part of their Good Net project, FIVB are championing innovative solutions to tackle this global issue".

For more information or to donate to the Good Net project, please visit: https://goodnetproject.com/EN
About Ghost Fishing
Ghost Fishing has been collaborating worldwide with various local groups of technical divers and salvage companies to remove lost fishing gear. With projects in the North Sea, Adriatic Sea, Aegean Sea, Mediterranean Sea, Caspian Sea, Pacific Ocean and Scapa Flow, we work on existing projects, set up new ones and document these through visual media, informing a wide audience and raising social awareness.