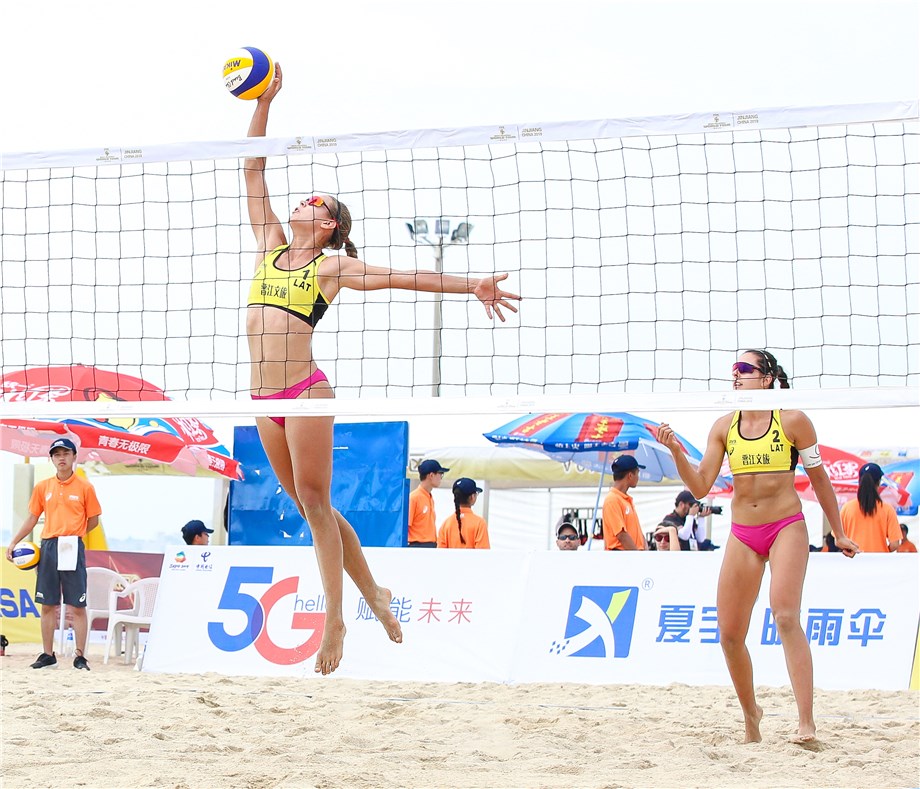 The young Latvian team - Graudina is 21-years old, Kravcenoka is 22 years old - will travel to Hamburg in June to take part in their first FIVB World Championships. The pair began playing together as juniors in 2013, but have been training apart as Graudina is studying in California and Kravcenoka living in Latvia.
“We didn’t train together in the winter, so it feels a little bit like a new pair coming together because it’s been a long time since we last played together,” said Graudina.
Graudina and Kravcenoka began the year competing with different partners, but now reunite and their excitement builds for their first World Championship appearance. 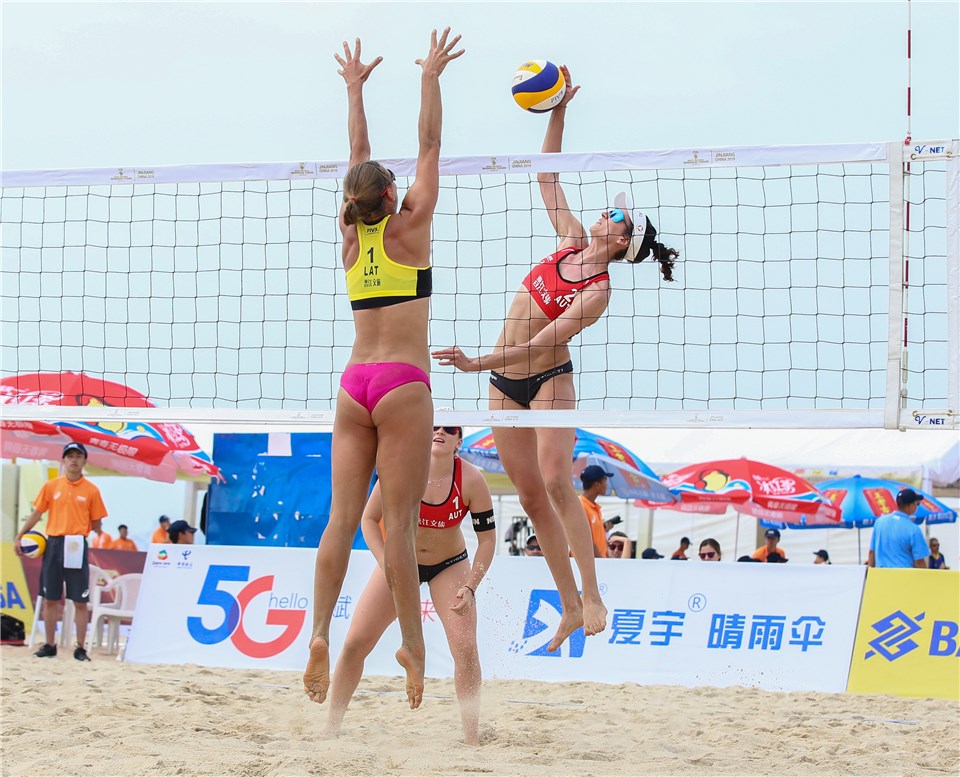 Tina Graudina at the net against Austria's Katharina Schützenhöfer/Lena Plesiutschnig in Jinjiang
“Me as a kid watching the last world champs in Vienna on TV with my mum and dad, looking at all the teams that I have maybe played one time and to be on the spot there, I’m having goose bumps, so it’s amazing,” said Graudina.

“We are very happy that we are in the main draw tournament because one month ago we were like first behind the line,” said Kravcenoka. Graudina and Kravcenoka’s best result to date was a quarterfinal finish at the Yangzhou 4-Star last year and the pair are focused on bringing their best to Hamburg.
“Next we are going to Ostrava and Warsaw and then we will have a short training camp in Jurmala at home to prepare for Hamburg,” said Kravcenoka. 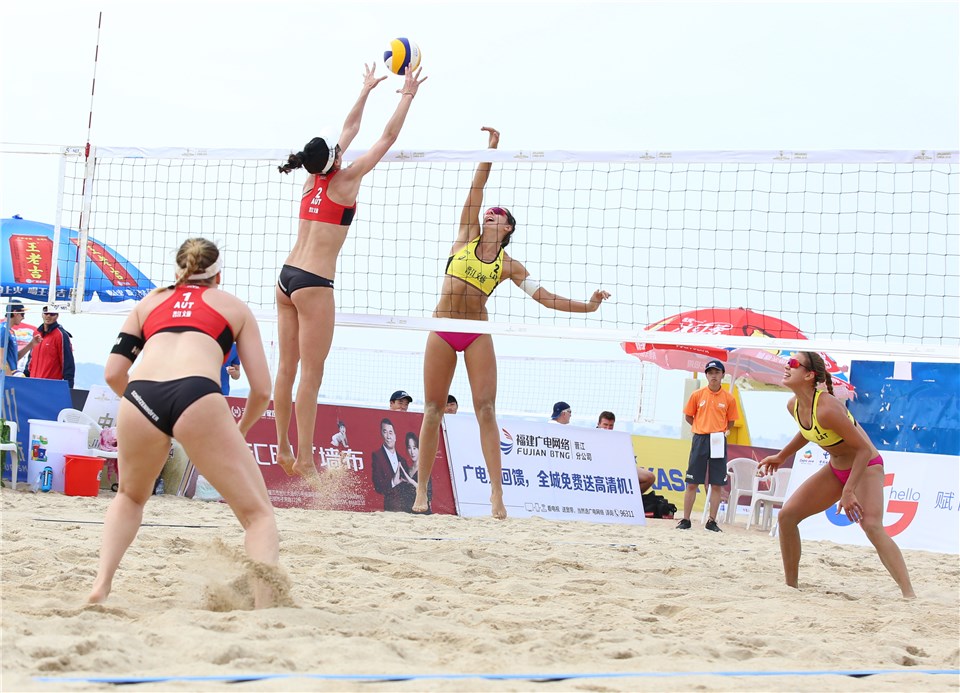 Latvia's Tina Graudina (right) and Anastasija Kravcenoka during their Jinjiang match against Austria's Katharina Schützenhöfer/Lena Plesiutschnig
“In Jurmala we have two men’s teams that we play with and it’s so fun because it’s a different volleyball, it’s so fast, so it helps us very much. For them not so much, but we are just happy that they are accepting us,” said Graudina.
The team are heading in the right direction in Jinjiang defeating USA’s Kelly Claes and Sarah Sponcil, 2-0 (21-19, 21-16).  They then beat Austrians Katharina Schützenhöfer/Lena Plesiutschnig, 2-0 (21-17, 29-27) to top their pool and enter round 2 of single elimination.
“The Austrians made us have to play our best game. It was a really tough match, the early morning match we had to give our all,” said Graudina.
“We enjoyed the match very much which was our main goal for the game,” said Kravcenoka.