Moscow, Russia, June 5, 2020 – Two-time Olympic medallist Sergey Grankin is keen to step on the podium at the Tokyo Games one last time before bidding farewell to the national team of Russia.

Moscow, Russia, June 5, 2020 – Two-time Olympic medallist Sergey Grankin is keen to step on the podium at the Tokyo Games one last time before bidding farewell to the national team of Russia.
“I am motivated by my desire to win a medal with Sbornaya at the Olympics and then finish my career with the national team,” said Russia’s 35-year-old setter in a Match TV interview.
The 1.95m-tall playmaker captained Russia at the team's most recent competition, the 2019 FIVB Volleyball World Cup in Japan. However, Grankin was not on the squad that battled it out for a Tokyo 2020 ticket at the intercontinental Olympic qualification tournament in Saint Petersburg earlier in 2019, or on the line-up at EuroVolley 2019, where Russia got knocked out in the quarterfinals. To make it to his fourth Olympics, next year’s Games in Japan, the London 2012 champ will have to cope with the internal competition of high-level setters including Alexander Butko and Igor Kobzar.
“It will make it more difficult for older players,” Grankin commented on the postponement of Tokyo 2020 to next year because of the coronavirus pandemic. “But at the same time I believe that professionals should always keep in shape. I have the motivation; the coach will keep me on course...” 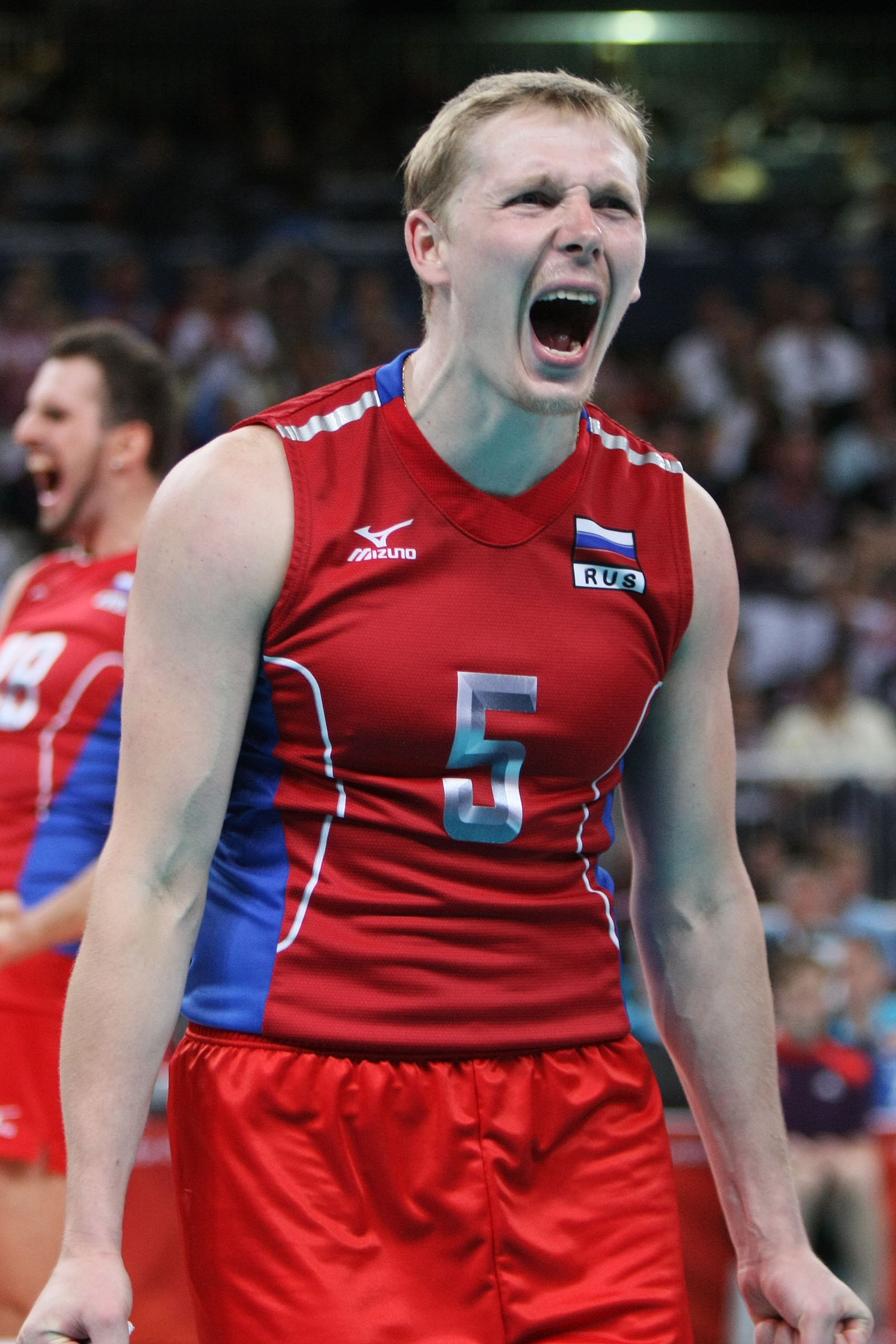 Grankin celebrates victory in the London 2012 Olympic final against Brazil
In his career, Sergey Grankin has played in 265 official matches of the national team. In addition to the London 2012 gold, his impressive collection of medals includes an Olympic bronze from Beijing 2008, seven medals from the FIVB Volleyball World League, including gold in 2011 and in 2013, and a Best Setter award in 2010, silver medals from the 2007 World Cup and the 2013 FIVB Volleyball World Grand Champions Cup, as well as two continental titles, with Best Setter awards on both occasions, and one silver from the CEV European Championships. With the junior national team, he also became a U21 world champion in 2005.
After playing for Russian clubs since the start of his career, in 2019 Grankin made his first international move to join Germany’s Berlin Recycling Volleys and win Bundesliga gold. They were well on their way to doing the same in 2020, with Grankin leading for MVP of the season, before the virus outbreak forced the league to a premature end.
“To a certain extent, this pause can be of benefit to some,” Grankin said. “Many players have the opportunity to heal the injuries that bothered them during the season. It is a very good time to communicate with our families. Normally, an athlete rarely gets to spend time with his family, but now you can load up on each other, before you start missing each other again.”
Sergey Grankin also announced that he has a contract with Berlin Recycling Volleys for one more season and will continue playing for the German club in 2020-2021.
More volleyball from Russia:
Zaytsev and Krsmanovic off to Kuzbass
Zenit Kazan back to work
Volkov and Biryukov lead transfers in Russia
Season's best announced in Russia
Former national team stars change clubs in Russia
Startseva aspires to highest awards at Tokyo Games
Voting for season’s best in Russia to be completed on Wednesday
Bednorz to fire up Russian league
Ten years later, Kosheleva reminisces about World Championship title
Karpol dynasty - 51 seasons at Uralochka and counting (Part 3)
...
Quick links:
Olympic Games Tokyo 2020
Facebook
Twitter
Instagram
Youtube
This website uses cookies to ensure you get the best experience on our website. For more information please read our Cookies Policy.
Ok