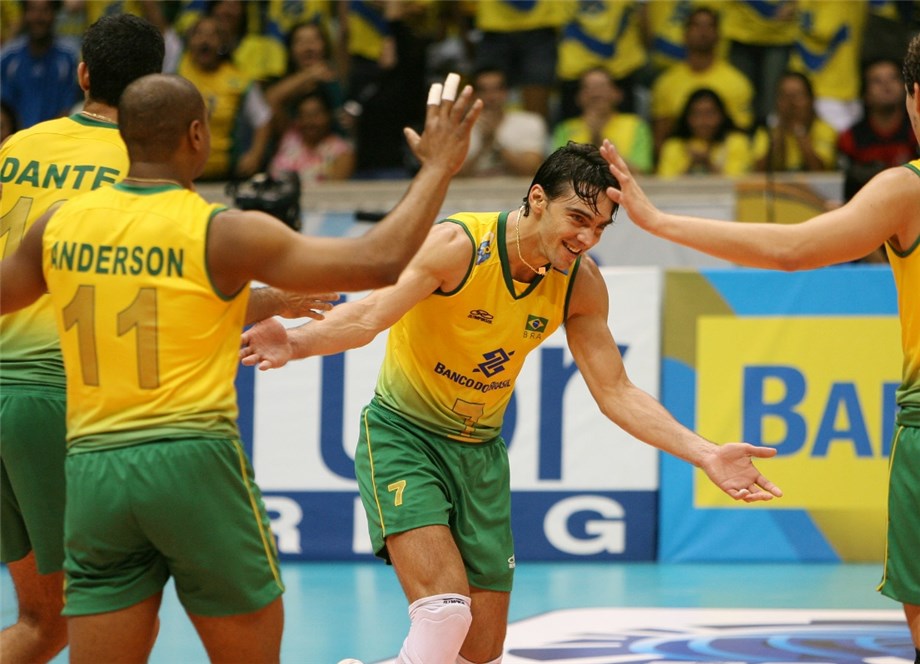 Lausanne, Switzerland, January 22, 2020 – Volleyball superstars Vladimir Grbic and Gilberto ‘Giba’ Amauri de Godoy Filho visited the International Olympic Committee (IOC) headquarters in Lausanne on Tuesday to add their signatures to a wall of Olympians.
Their visit was part of an initiative launched by the World Olympians Association (WOA) and supported by the IOC Athletes’ Commission to allow Olympians to use OLY post-nominal letters.
Both players will be able to use the OLY lettering, which the WOA hope will promote an Olympian’s social, charitable, and community-based work, and act as a reminder of their achievements and of their responsibility to embody the values of Olympism in everyday life.

IOC president Thomas Bach, an Olympic fencing champion, was the first Olympian to receive the honour.

Both players recently competed in the FIVB Snow Volleyball Festival in Bretaye near Villars-sur-Ollon in the Swiss Alps. 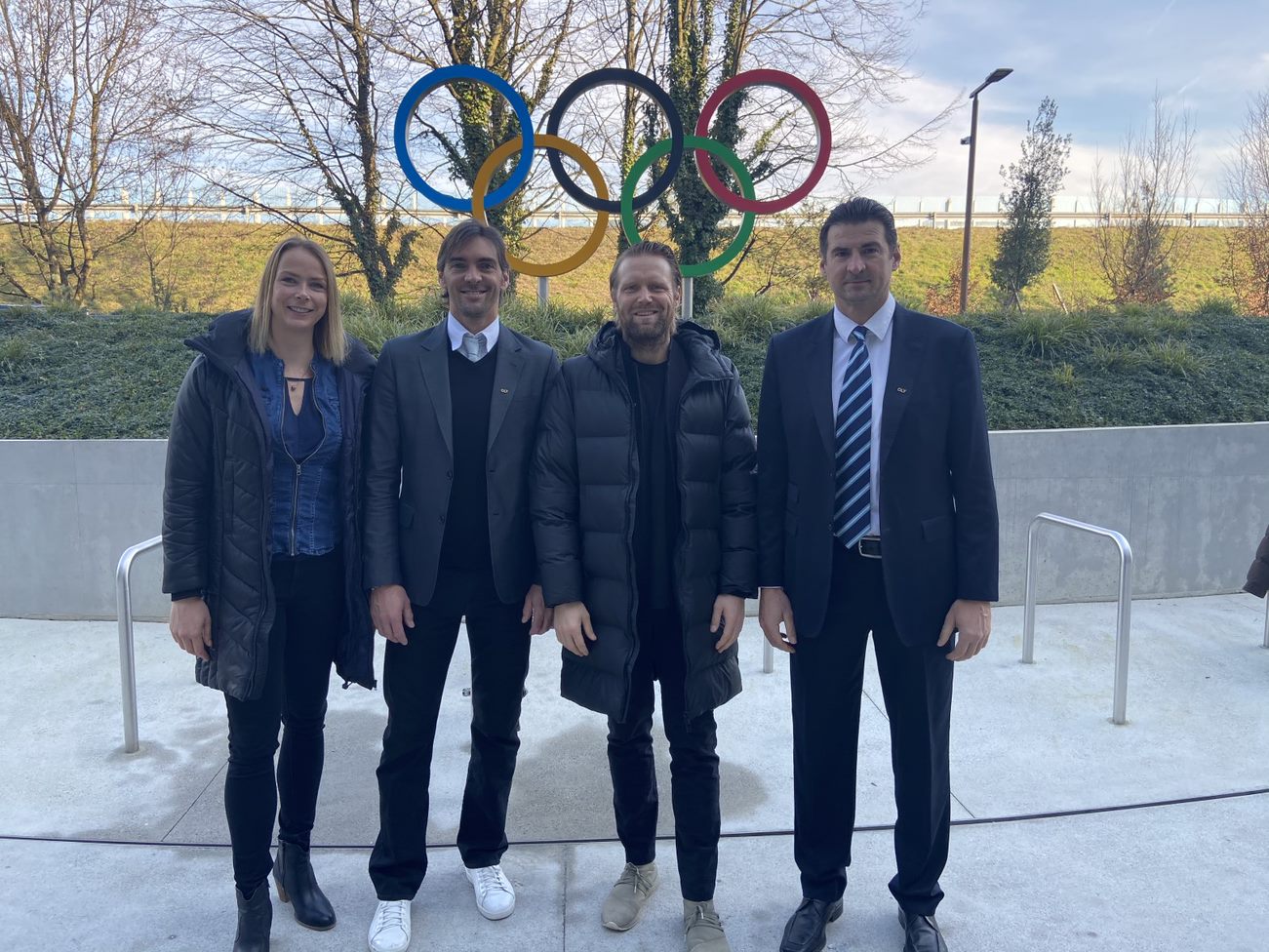 Read more: Julius Brink: It was a dream come true
Grbic played in three Olympic Games. He was part of the Yugoslavia team that left Atlanta 1996 with bronze, won gold at Sydney 2000 and then was part of the Serbia and Montenegro team at Athens 2004.
He also won silver at the Japan 1998 World Championships and 2003 FIVB World League.
“Atlanta 96 was my first Olympics and for Yugoslavia the first after the embargo, three years with an absence of sport,” Grbic said. “The bronze medal was a huge success for us and over 500,000 people came out to greet us.
“I believe that the Olympic Games are something apart. You have the football World Cup and a lot of people watch those, but an Olympic Games are something completely different and not just for the athletes who are competing. It is the perception of our world that there are other ways of improving themselves.
“When you are competing, you think you have to do it harder than any other sport, but when you come to an Olympics you see that others have to work the same as you.”

Giba is a three-time Olympic medallist. He helped Brazil top the podium at Athens 2004, and then claim silver at Beijing 2008 and London 2012.

The outside hitter also helped Brazil to the FIVB Volleyball Men’s World Championship in 2002, 2006 and 2010, and eight FIVB World League titles.
“Everyone talks about the Olympic spirit and when you are there at an Olympics you can feel that Olympic spirit,” Giba said.
“With volleyball you start on the first day and finish on the last one. You are fully concentrated for the whole of the Olympic Games.”