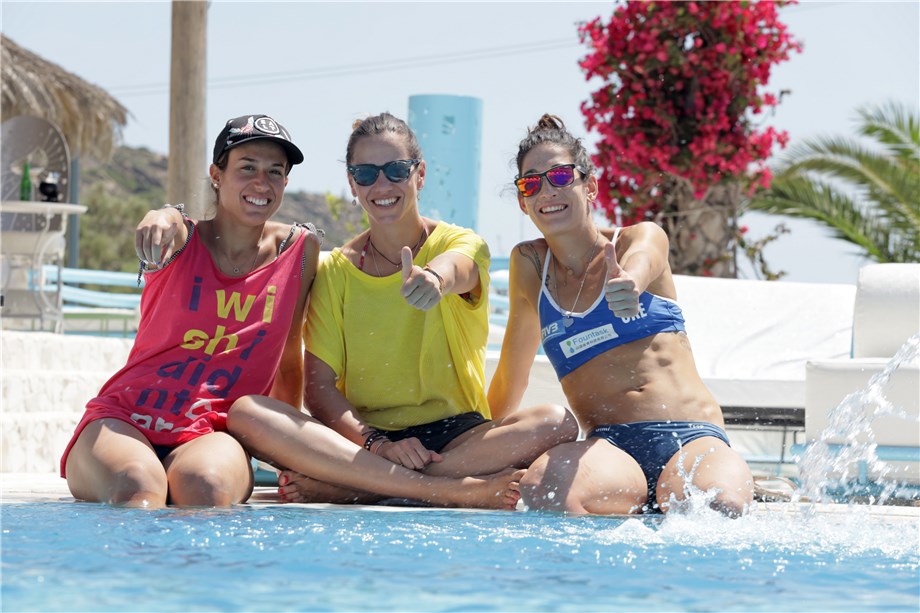 Ios, Greece, June 15, 2019 - Two-time Olympian in Beijing 2008 and London 2012, European Championship silver medallist in 2012 and with a trophy cabinet full of regional and domestic titles, Maria Tsiartsiani is one of Greece's all-time greatest beach volleyball legends.

But though well into retirement from active duty, 38-year-old Tsiartsiani is still in the limelight of Greek beach volleyball.

At the 2019 FIVB Beach Volleyball World Tour 1-Star event on the Cycladic island of Ios, Tsiartsiani coaches the tournament's top-seeded women's team of Konstantina Tsopoulou and Dimitra Manavi, having already led them through pool play and directly into Sunday's quarterfinals.

"While I was still playing I had never imagined that I'd become a coach," said Tsiartsiani. "When I stopped playing Dimitra [Manavi] approached me and asked to take over. And so I started, discovering that it was something that made me happy and gave me satisfaction - and also provided the opportunity to give something back to the sport I so love and has given me so many great moments." 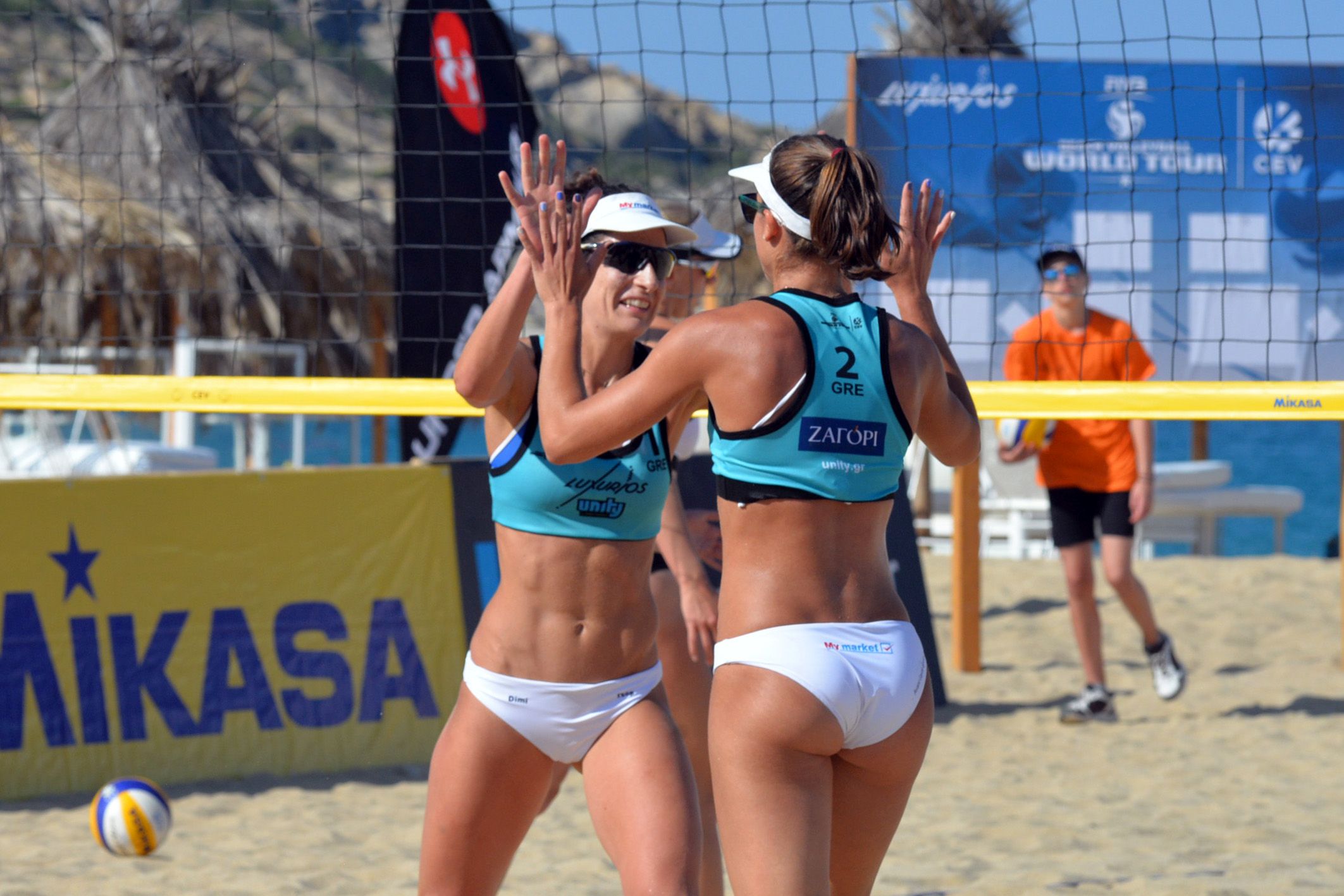 Greece's Dimitra Manavi and Konstantina Tsopoulou celebrate a point at the 2019 FIVB Beach Volleyball World Tour 1-star event in Ios, as they advance to the quarterfinals.

Still, Tsiartsiani, now a mother of two, has to juggle with the demands of coaching a professional beach volleyball team and the responsibilities of motherhood.

While Tsiartsiani is in Ios coaching Greece's top team, husband Christoph Dieckmann of Germany is in Warsaw at the four-star stop of the 2019 FIVB Beach Volleyball World Tour, coaching the Swiss teams of Anouk Verge-Depre / Joana Heidrich and Tanja Hueberli / Nina Betschart.

"Obviously the kids have priority, but I feel I cannot stay completely away from the courts," says Tsiartsiani. "My kids grow up on the beach volleyball courts, but my players respect and accept these conditions."

"The previous generations, our generation, were very lucky as far as conditions and benefits go," continues Tsiartsiani. "And now I like to help the players who need to struggle against huge financial difficulties."