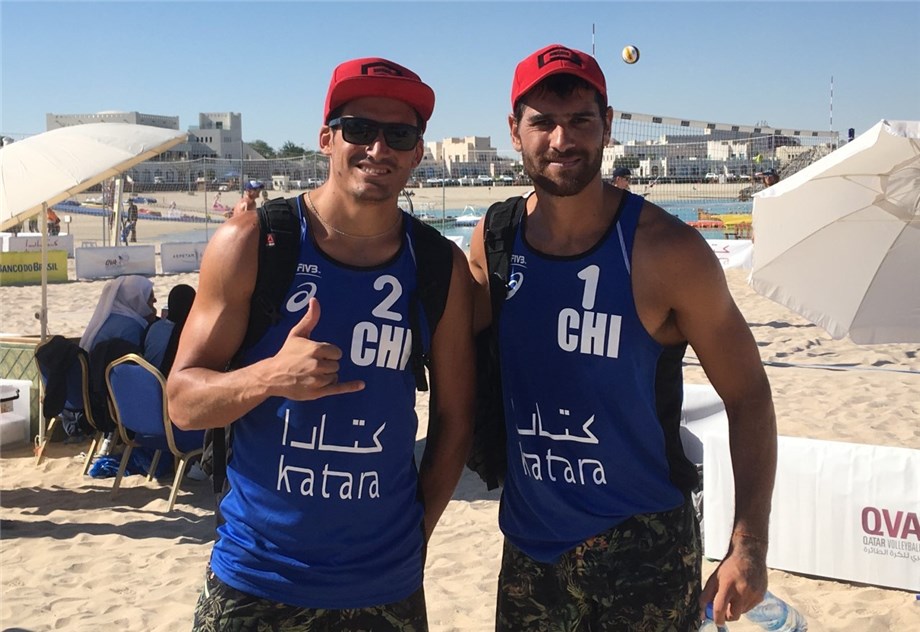 Doha, Qatar, March 12, 2019 – Esteban and Marco Grimalt maintained their form as the FIVB Beach Volleyball World Tour Doha 4-Star Katara Cup began on Tuesday.
The Katara Beach Cup is the fifth time that Qatar has hosted a World Tour tournament and it will run from March 12-16 at the Katara Cultural Village.
Quick links - Beach volleyball:
FIVB Beach Volleyball World Tour - Doha
FIVB.com - Beach volleyball
Facebook
Twitter
Instagram
The Chilean cousins won the Sydney 3-Star on Sunday and then flew 14 hours to reach the Qatari capital. They had a bye into the second qualification round and they duly reached the main draw with a 2-0 (21-16, 21-13) victory over Germany’s Nils Ehlers and Lars Fluggen.
“It was a little bit windy out there and our serve was very good in the middle of the first set and that made a difference that allowed us to get the win,” Esteban Grimalt said.
“It was a very long flight, but we tried to sleep well and stretch in the middle of the flight so that we arrived in the best shape possible. Yesterday we rested all day and then in the evening we went to the gym for a short while, but focused on resting because we knew today would be a difficult day.”
The Grimalt’s victory in Sydney was their second World Tour victory in the past year following gold at the Tokyo 3-Star in July.
Much of the turnaround is down to the influence of Brazilian coach Paulo Moreira de Costa, better known as Paulao. He has many years of experience coaching on the World Tour and is now bringing it to bear on a team who made their Tour debut in 2011.
“He is an excellent coach,” Esteban Grimalt said. “He’s given us new elements to add to our game. For us it was hard when we had to go back to Chile and fire our old coach.
“We then had six months without a coach, but with Paulao we’ve recovered the energy and the confidence and we are very happy with him.”
The Grimalts were one of eight teams to reach pool play on Tuesday. Joining them there are Mart Tiisaar and Kusti Novlak, who won two from two in qualifying to progress. Like the Chileans they too travelled from Sydney.
The Estonian duo began with a 2-1 (15-21, 21-19, 20-18) win over Austria’s Tobias Winter and Julian Horl, and followed up by defeating Canada’s Ben Saxton and Grant O’Gorman 2-0 (21-17, 21-18).
“It is quite breezy, but it didn’t affect us that much, and it was quite windy in Sydney,” Novlak said. “Of course we carried on our form. Where could it go? It was only a 14-hour flight. The first one was a bit shaky, but we managed to pull it off at the end.” 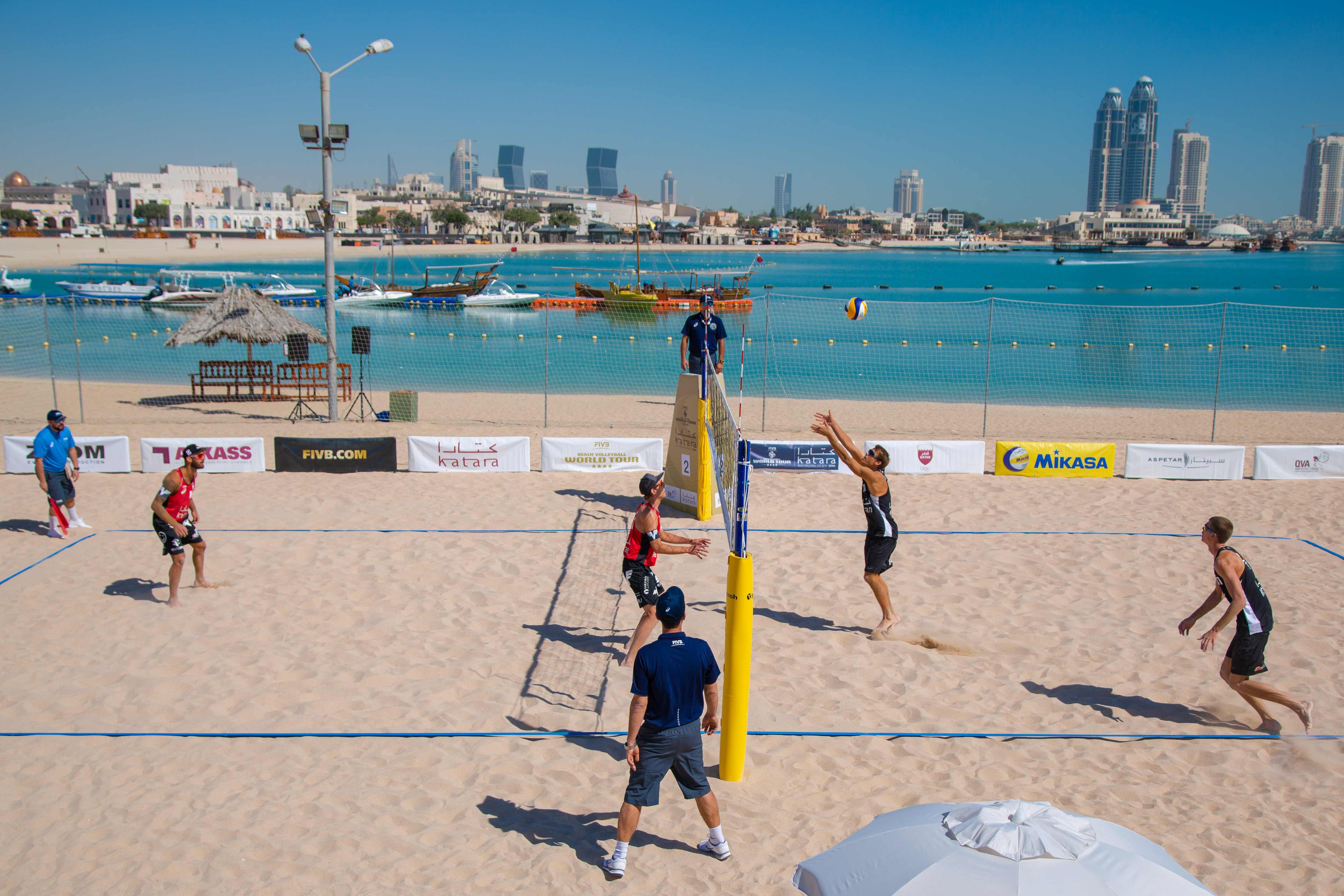