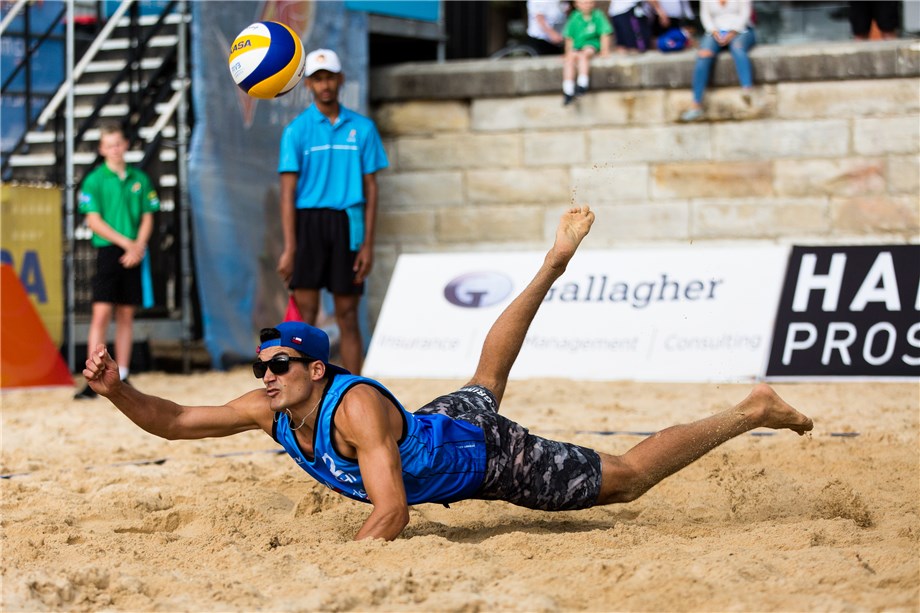 Chile's Esteban Grimalt digs the ball at the Sydney 3-star

Sydney, Australia, March 7, 2019 – Second seeds Marco and Esteban Grimalt of Chile carried out their mission with a lot of grit in the men’s pool play round of the FIVB Beach Volleyball World Tour Sydney 3-star on Thursday. 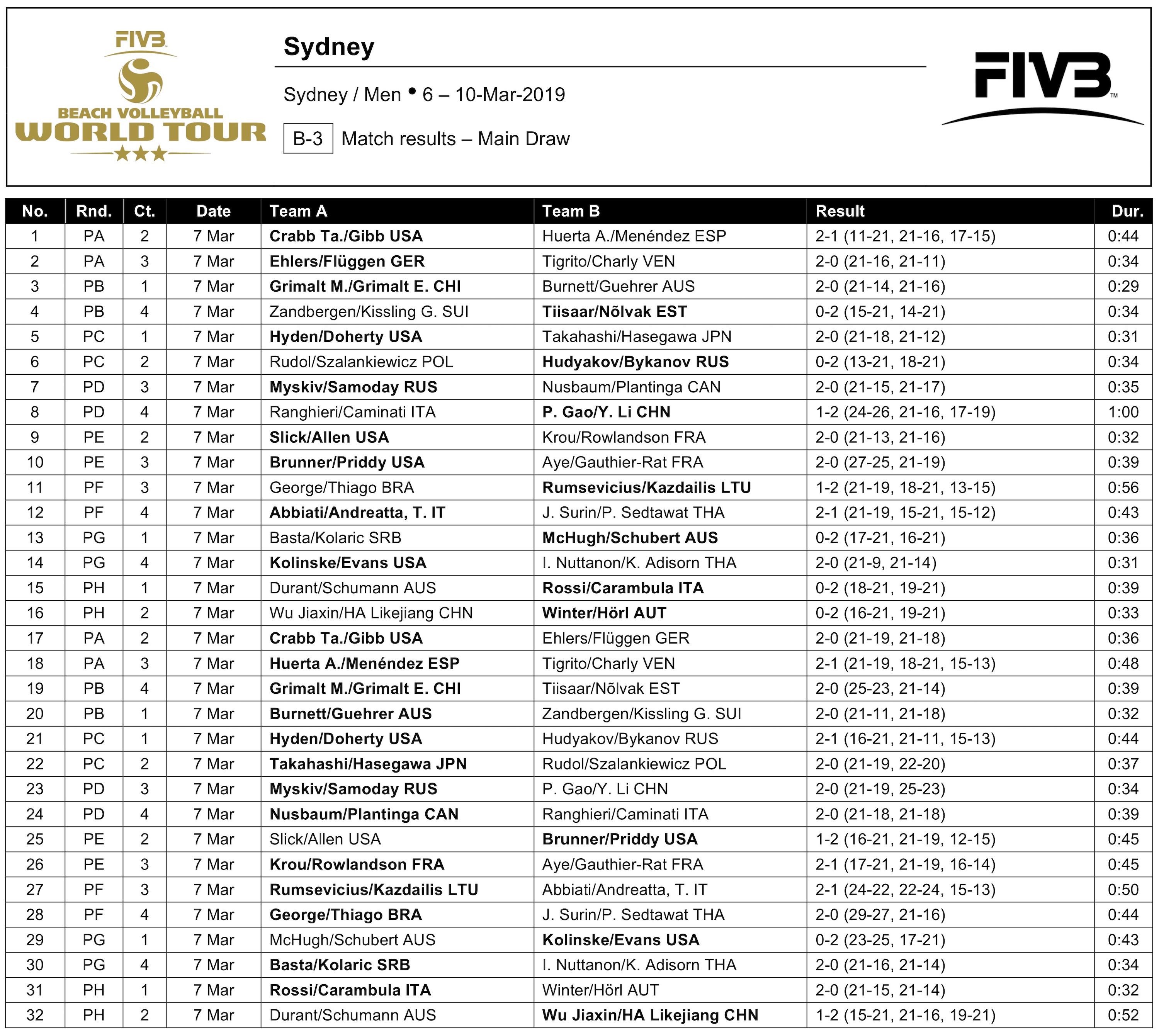 The Grimalts started with an easy 2-0 (21-14, 21-16) win over Australia’s Paul Burnett and Maximillian Guehrer and completed their dominance in Pool B with another straight-set (25-23, 21-14) triumph against Estonia’s Mart Tiisar and Kusti Nolvak.

The Chilean duo was down 20-18 in the first set, but regained focus and swung the momentum back to their side to win the set. By the second set, the pair dictated the tempo to complete the victory.

“We are very happy with how we played in both matches especially in the second match, where we were able to turn the first set around in our favour when we were down 20-18,” Esteban said.

“We managed to serve well causing problems to our opponents’ defence towards the end of the first set - until we made a big difference in the end. In the second set our block and defence were good which allowed us to set the tone from start to finish.”

Esteban believes that playing at such a high level at the start of the tournament could help them to build up momentum in their efforts to qualify for the Olympic Games in Tokyo.

“We need to get more matches at this level to continue improving ourselves because we want to qualify again to the Olympics.”

The Chileans are hoping that their great performance on the court could translate into a wave of opportunities for beach volleyball in their country.

“We were the first beach volleyball team in Chile to qualify for the Olympics and make this discipline a profession,” Esteban said. “We want to continue to grow ourselves and our sport in Chile. We want more teams to play at this level because we have the resources to play in Chile.

“Beach volleyball is smaller than other sports in my country, but we want to make a difference and change the mentality and make beach volleyball a sustainable profession.”