Hamburg 2019 – Three stars of the women’s game to watch 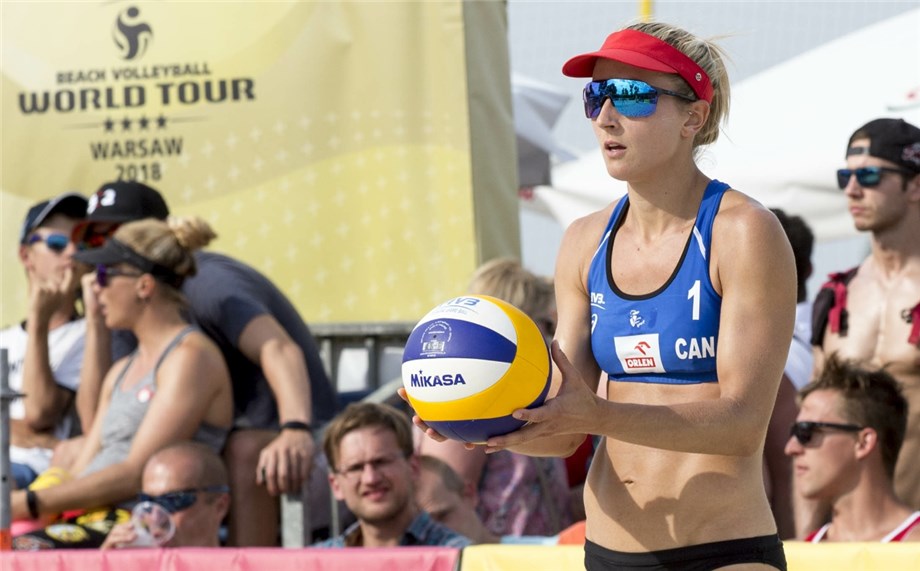 Lausanne, Switzerland, January 29, 2019 – Beach volleyball will be front and centre of the sporting world when the Hamburg 2019 FIVB Beach Volleyball World Championships run from June 28 to July 7.
As well as the glory of being named world champions the winners will also claim a purse of $1million and earn their National Olympic Committee a place at the Tokyo 2020 Olympic Games beach volleyball competition.
Quick links - Beach volleyball:
FIVB Beach Volleyball World Tour
FIVB.com - Beach volleyball
Latest Videos
Facebook
Twitter
Instagram
Hamburg 2018 is the second time that Germany has hosted a World Championships, following the Berlin 2005 edition.
The 13,000-capactiy Rothenbaum Stadium will host the action as 48 teams per gender seek to succeed Laura Ludwig and Kira Walkenhorst as women’s world champions and here are three players to look out for in the build-up to the women's competition.
Heather Bansley, Canada
Ontario native Bansley will be in confident mood as the countdown to Hamburg 2018 draws ever closer. Over the past two seasons she has struck up a strong partnership with Brandie Wilkerson that ensured that they began 2019 top of the FIVB Beach Volleyball World Rankings.
Hamburg 2019 will be the 31-year-old's fourth World Championships and second alongside Wilkerson after the pair reached the quarterfinals at the Austria 2017 edition.
That year was their first in tandem after they teamed up for the Toronto 2016 FIVB World Tour Finals, and they ended the year having failed to finish on a World Tour podium.
In 2018 they hit their stride midway through the year and continued to build as the months passed by.
By the time the year ended they had won three FIVB Beach Volleyball World Tour gold at the Warsaw 4-Star, Las Vegas 4-Star and Chetumal 3-Star, as well as a silver and two bronze to show they know exactly what it takes to claim the top prizes.
Agatha Bednarczuk, Brazil
Agatha has happy memories of Hamburg, having finished on the World Tour Finals podium in 2017 and 2018.
In 2018 the Rio de Janeiro native and Eduarda ‘Duda’ Santos Lisboa showed that they were Brazil’s leading team by winning gold one year on from winning silver.
If that isn’t enough to put them among the tournament favourites, there is also the fact that the 35-year-old Agatha knows exactly what it takes to win a World Championships after she and Barbara Seixas won gold at the Netherlands 2015 edition.
Agatha and Duda joined up in early 2017 and while they finished the year with one World Tour gold and three bronze, they were left disappointed at Vienna 2017 where they left with a 17th-place finish. 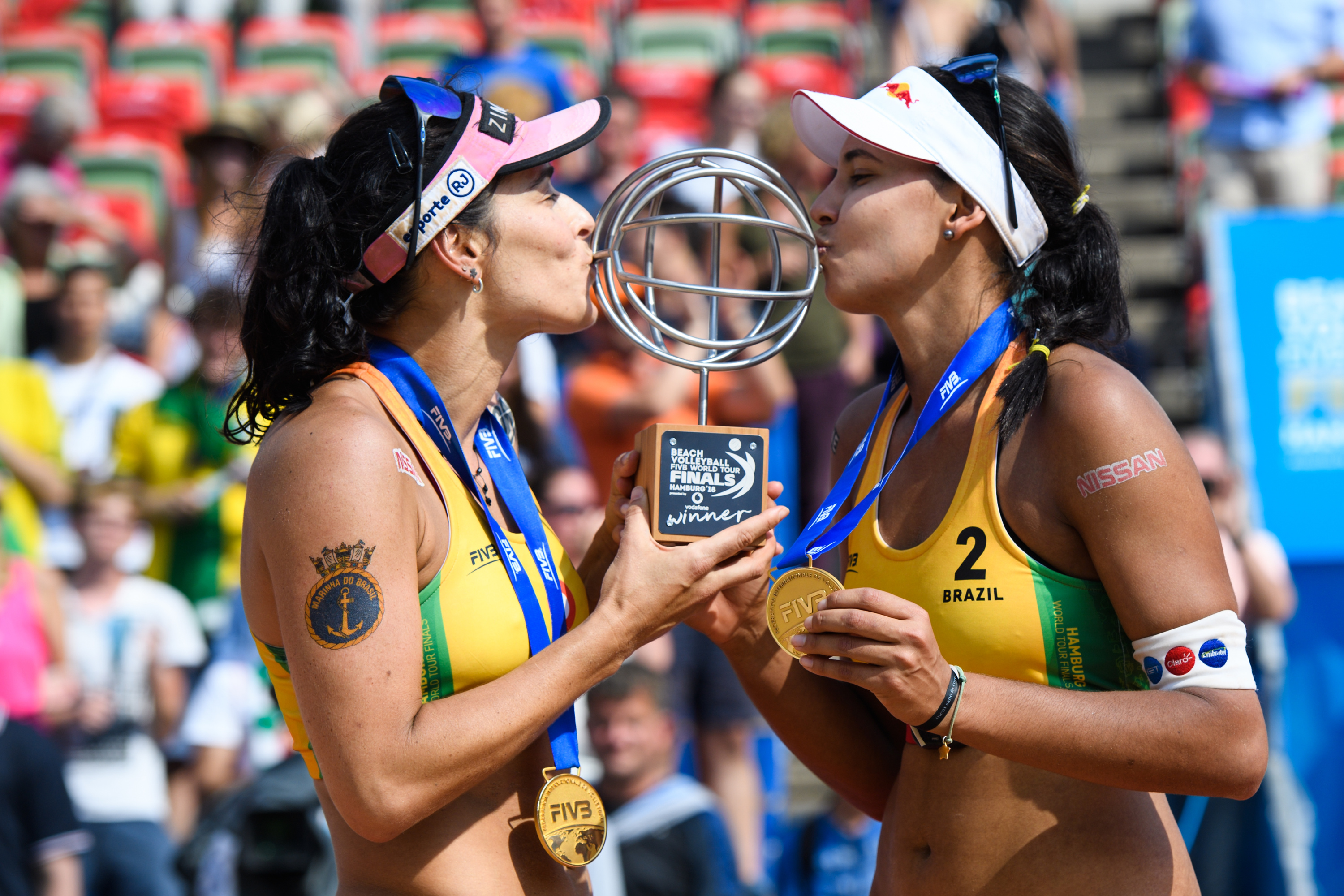 Agatha and Duda celebrate winning the World Tour Finals in 2018
They made amends in 2018 when they added another World Tour gold, silver and bronze to their collections and then defeated the Czech Republic’s Marketa Slukova and Barbara Hermannova in the Hamburg 2018 gold medal match.
There may be a 15-year gap between Agatha and Duda, but their mix of experience and youthful vigour is proving a highly successful combination, with another golden day in Hamburg top of their priorities for the season ahead.
April Ross, USA
April Ross has dipped into her past to give her and Alexandra Klineman the best shot at World Championships glory.
The 36-year-old won gold at Stavanger 2009 alongside Jennifer Kessy and since the start of 2018 Kessy has been coaching Kessy and Klineman.
Ross and Klineman teamed up under Kessy’s stewardship at the start of 2018 and made an immediate impact as they went from the qualifiers to gold at The Hague 4-Star.
Injuries stopped the pair from adding to their total until the end of 2018 when they won gold at the Yangzhou 4-Star. 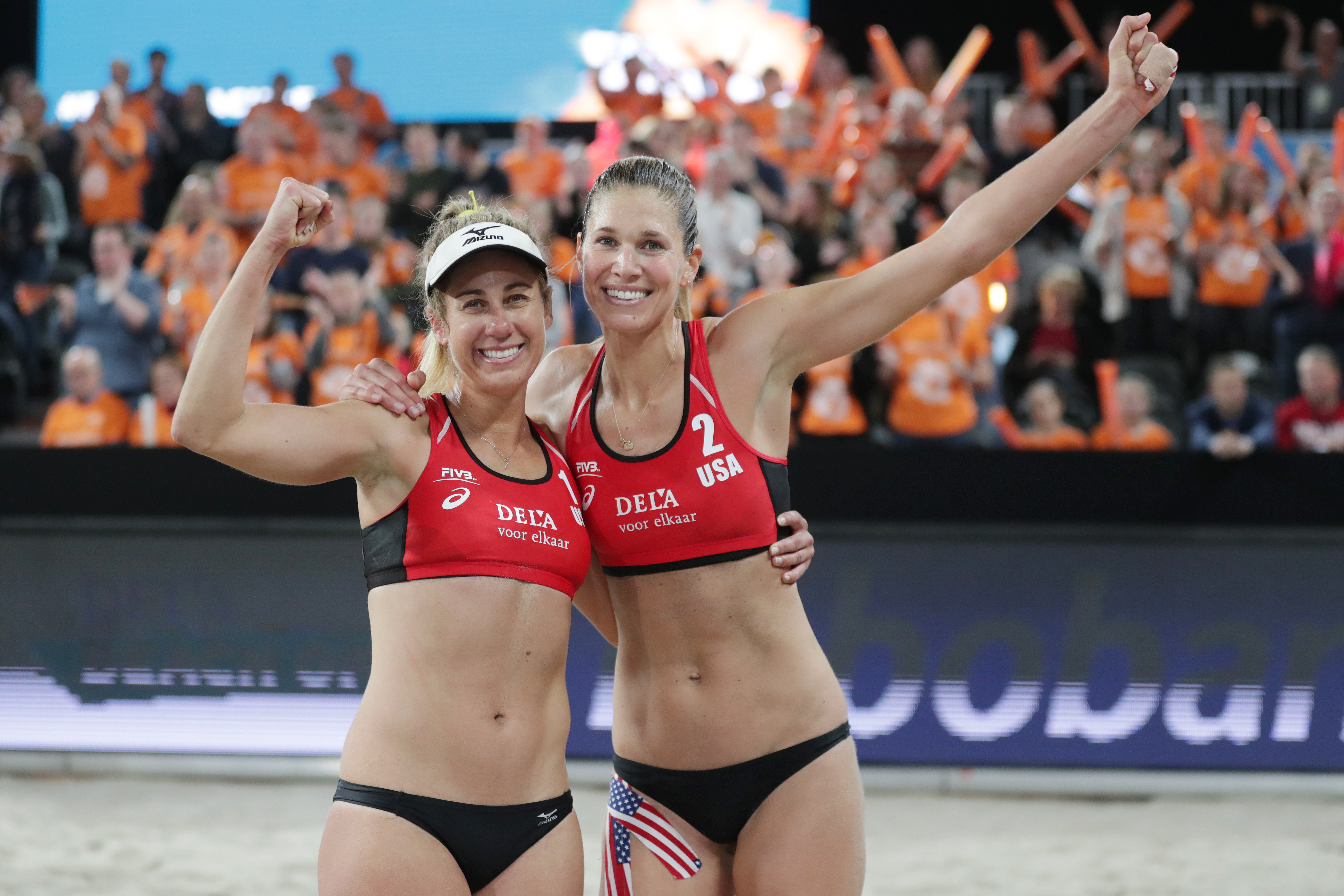 Four years ago Ross and Lauren Fendrick won silver at Austria 2017, to add another major tournament medal to her collection. She and Kessy were silver medallists at the London 2012 Olympic Games, and four years on she won bronze with Kerri Walsh-Jennings at Rio de Janeiro 2016.