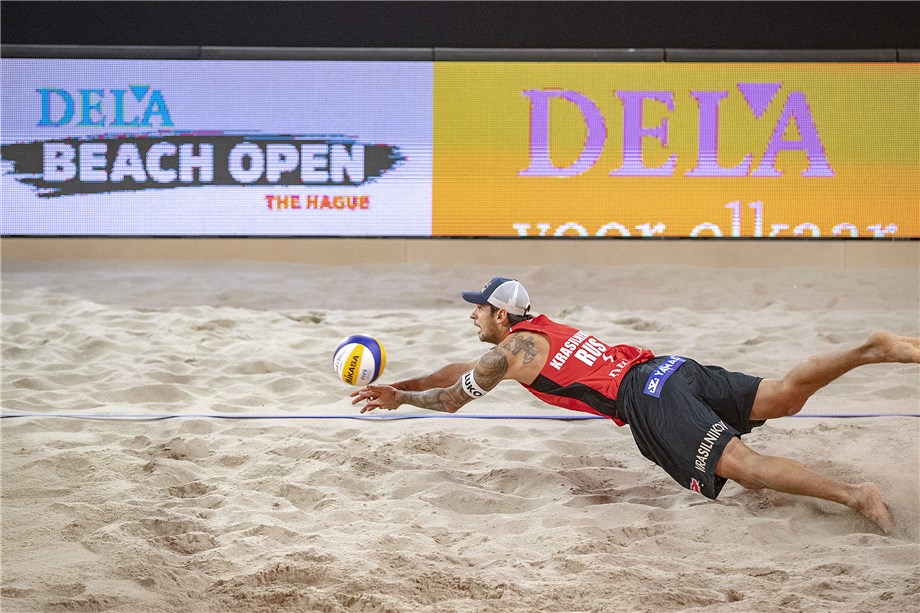 Lausanne, Switzerland, January 30, 2019 - One of the key highlights of the season, the Hamburg 2019 FIVB Beach Volleyball World Championships will be the focus of attention of the sporting world when they take place from June 28 to July 7 in Germany.
As well as the glory of being named world champions the winners will also claim a purse of $1million and earn their National Olympic Committee a place at the Tokyo 2020 Olympic Games beach volleyball competition.
Quick links - Beach volleyball:
FIVB Beach Volleyball World Tour
FIVB.com - Beach volleyball
Latest Videos
Facebook
Twitter
Instagram
Hamburg 2018 is the second time that Germany has hosted a World Championships, following the Berlin 2005 edition.
The 13,000-capacity Rothenbaum Stadium will host the action as 48 teams per gender seek to succeed Evandro Goncalves and Andre Stein as men’s world champions and here are three players worth following in the run-up to the competition.
Andre Stein, Brazil
Andre Stein has packed a lot into his beach volleyball career since he made his FIVB Beach Volleyball World Tour debut at the Lucerne Open in 2015, with the highlight his victory alongside Evandro Goncalves at the Austria 2017 World Championships.
The pair were only together for a year and a half, and their gold in Austria came after they had won only one World Tour medal in their short time as a team, silver at the Fort Lauderdale 5-Star in February 2017.
Silver at the Hamburg 2017 FIVB World Tour Finals followed their success in Austria and in 2018 they won gold in front of their home fans at the Itapema 4-Star in Brazil.
That was their final tournament as a pair as soon after they went their separate ways when Brazil shook up their teams for the start of Tokyo 2020 qualification.
When the dust settled Andre, 24, found himself paired alongside Alison Cerutti, Rio de Janeiro 2016 Olympic champion and a world champion in 2011 and 2015.
They’ve already won their first World Tour medal together, silver at the Moscow 4-Star, and it will be interesting to see how the pair perform in 2019.
Pablo Herrera, Spain
Even though Pablo Herrera has played on the World Tour since 2001, the ever-youthful 36-year-old shows no signs of slowing down and in fact is producing some of his best performances that hark back to the form he showed at the Athens 2004 Olympics when he won silver alongside Javier Bosma.
He and Adrian Gavira continue to fly the flag for Spain on the men’s tour, just as they have since 2009, a spell that includes the London 2012 and Rio 2016 Olympics, and five World Championships.
With a knee injury now well behind him Herrera added three more medals to his tally in 2018 with gold at the Ostrava 4-Star, silver at the Gstaad 5-Star and bronze at the CEV European Championships. 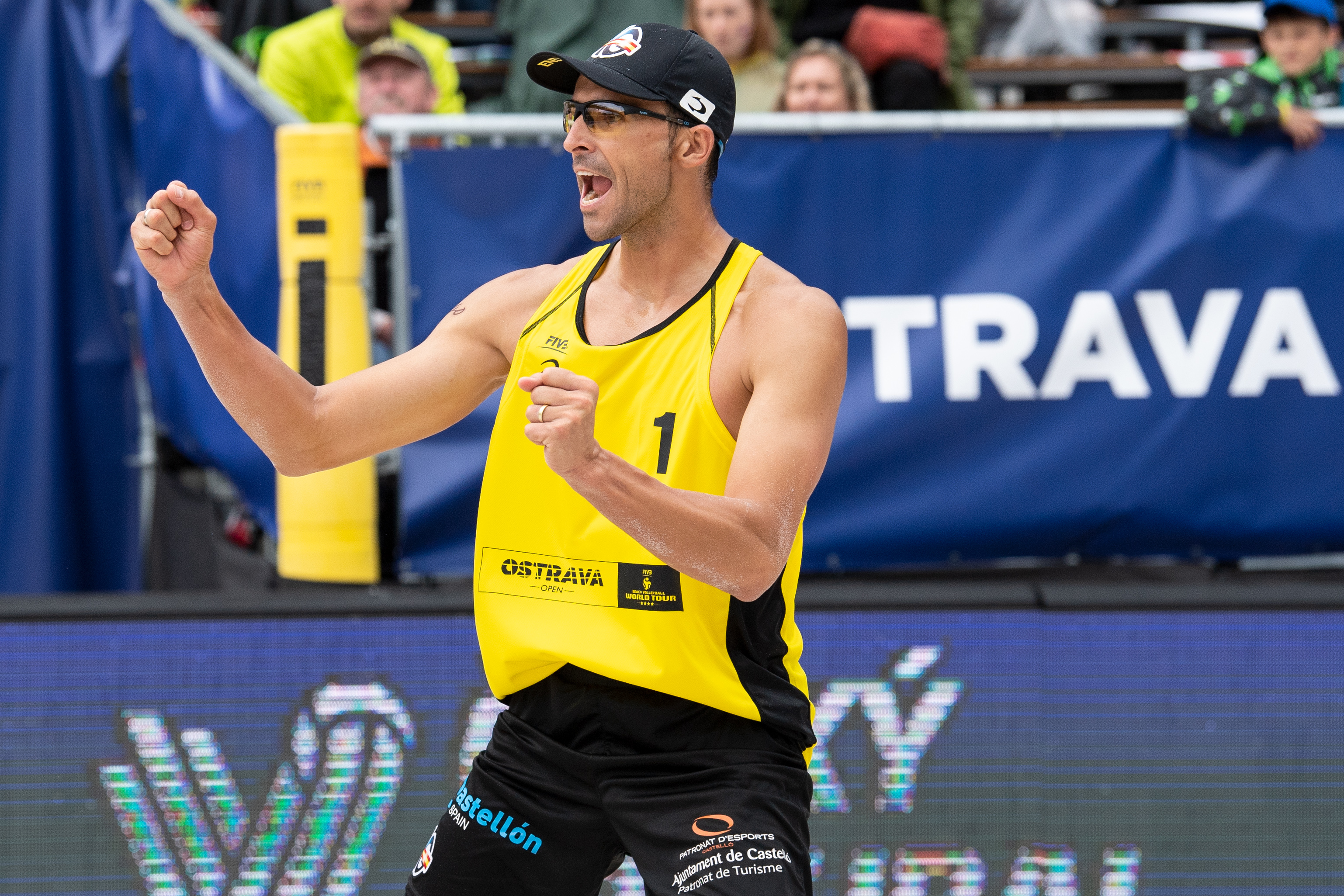 They have twice played in Hamburg having featured at the World Tour Finals in 2017 and 2018, with a quarterfinal in 2017 their best finish.
Making it past the World Championships quarterfinals has proven tricky for Herrera and Gavira with it their end point in four of the five editions they have played.
However, it is a round they will have to overcome if Herrera wants to mark his 10-year anniversary in tandem with Gavira by finding a way onto the Hamburg 2019 podium.
Viacheslav Krasilnikov, Russia
Viacheslav Krasilnikov (right in photo) has been at the heart of Russia’s rise towards the summit of beach volleyball, racking up medals and developing into one of the most agile and nimble defenders at the back of the court.
His latest medal came at the start of 2019 when he and Oleg Stoyanovskiy won gold at The Hague 4-Star. It was their third podium finish in three tournaments following silver at the Yangzhou 4-Star and bronze at the Las Vegas 4-Star at the end of 2018.
Gold capped an impressive week in The Hague where few teams could handle Krasilnikov’s ability in defence and Stoyanovskiy’s presence at the net. 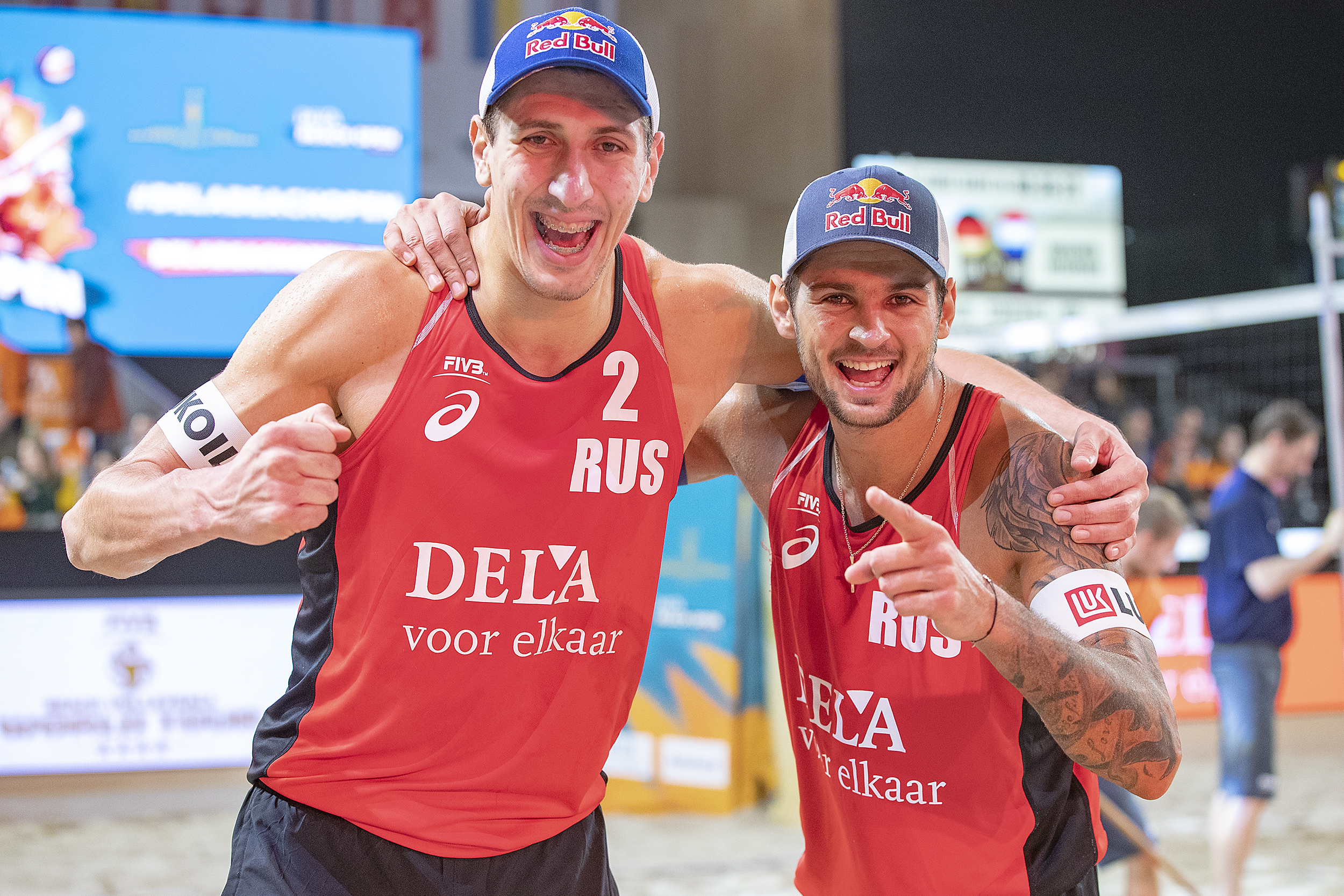 Krasilnikov has won World Tour medals with all three of his main partners, Stoyanovskiy the latest after the 27-year-old tasted success with Konstantin Semenov and Nikita Liamin.
At the Austria 2017 World Championships he and Liamin won bronze to become the second Russian team to finish on a World Championships podium.
Krasilnikov has taken his game to new heights alongside Stoyanovskiy and having begun the year in top form, they will need to maintain that level if they want to become the first Russian team to claim the title of world champions.