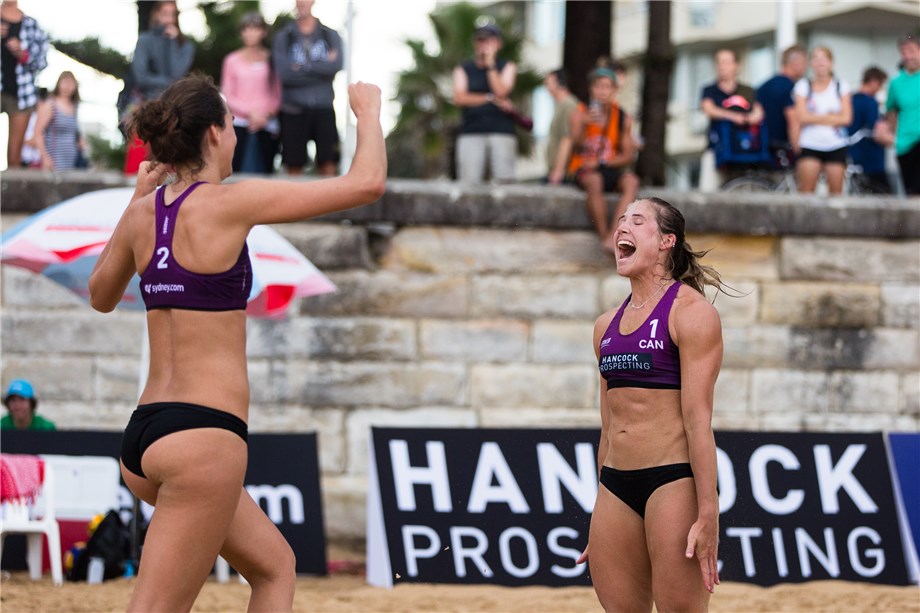 Sydney, Australia, March 6, 2019 – Canada’s Amanda Harnett and Marie-Christine Lapointe won both their qualification matches on Wednesday, including a three-set thriller that secured their spot in the women’s main draw tournament of the FIVB Beach Volleyball World Tour Sydney 3-star. 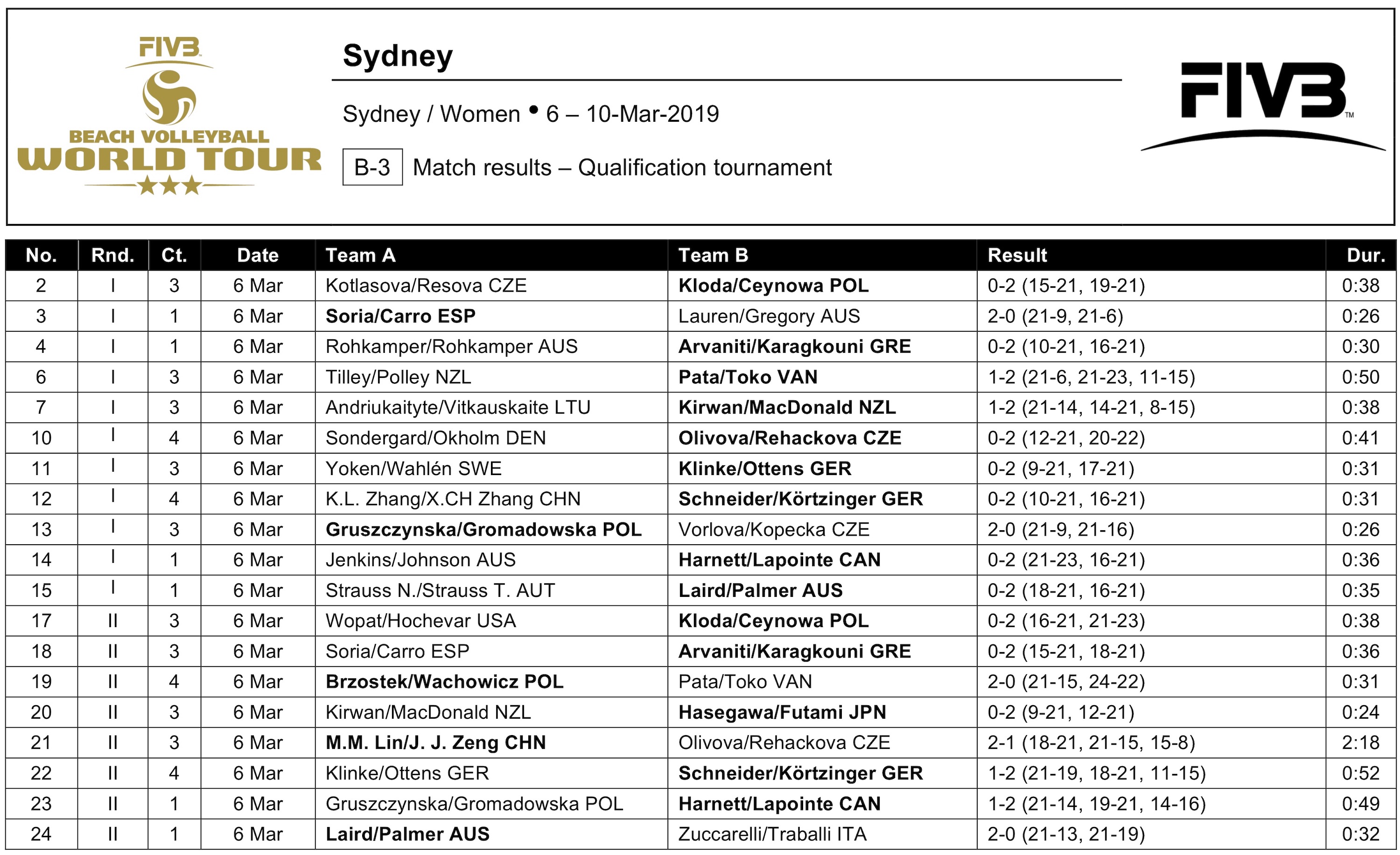 Harnett and Lapointe eliminated wild cards Christine Jenkins and Jordan Johnson of Australia 2-0 (23-21, 21-16) in their first qualification match, then got the energy of the Manly Beach crowd back up after a lengthy rain delay that stopped some of the matches.

The Canadian pair dropped the first set but clawed their way back to record a 2-1 (14-21, 21-19, 16-14) win over Poland’s Jagoda Gruszcyznska and Aleksandra Gromadowska.

“We stuck together,” Harnett said. “We’ve been really working on that through training. Even when we were down we stayed positive. We stayed together as a team, we believed in ourselves and battled for everything.”

“We kept the play small so that we have more control and know where each of us is on the court,” Lapointe added. “We are a new partnership so we are trying to get predictable for each other."

“I am proud of our team for backing things up with good, consistent and quality volleyball,” Palmer said. “We have grown a lot after our third international tournament together. The most exciting part is that we get to play more quality teams tomorrow and the day after. That’s what we need being a new partnership.”

“Everything makes me more excited about this,” said Laird on playing in front of their home fans. “It’s such a unique experience for us because we have massive supporters but it’s hard for them to grasp what we do for the most part overseas. It’s great that they are able to be here and share our excitement.”