Heidrich and Gerson triumph to stay on course for Qinzhou semifinals 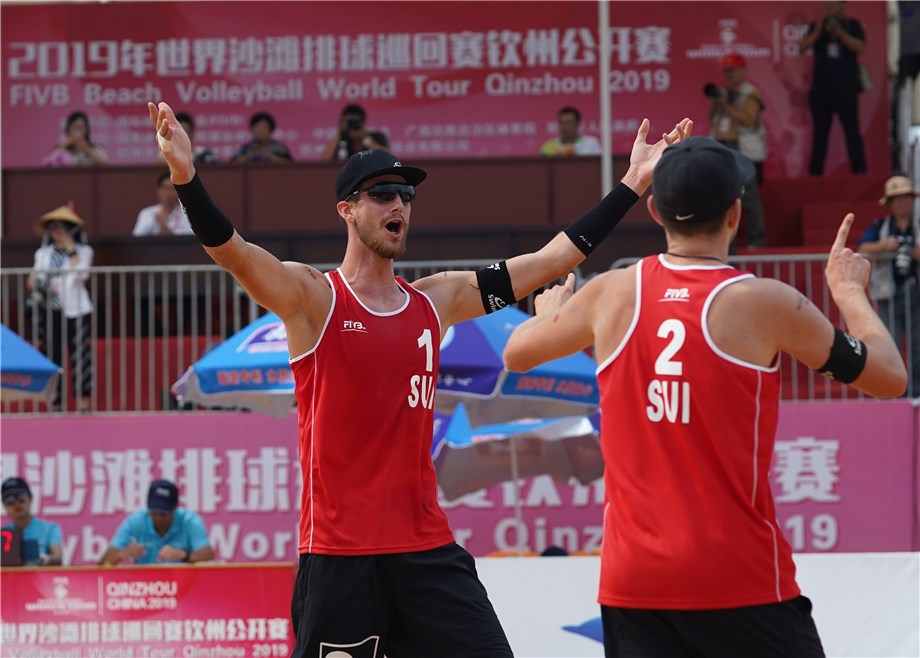 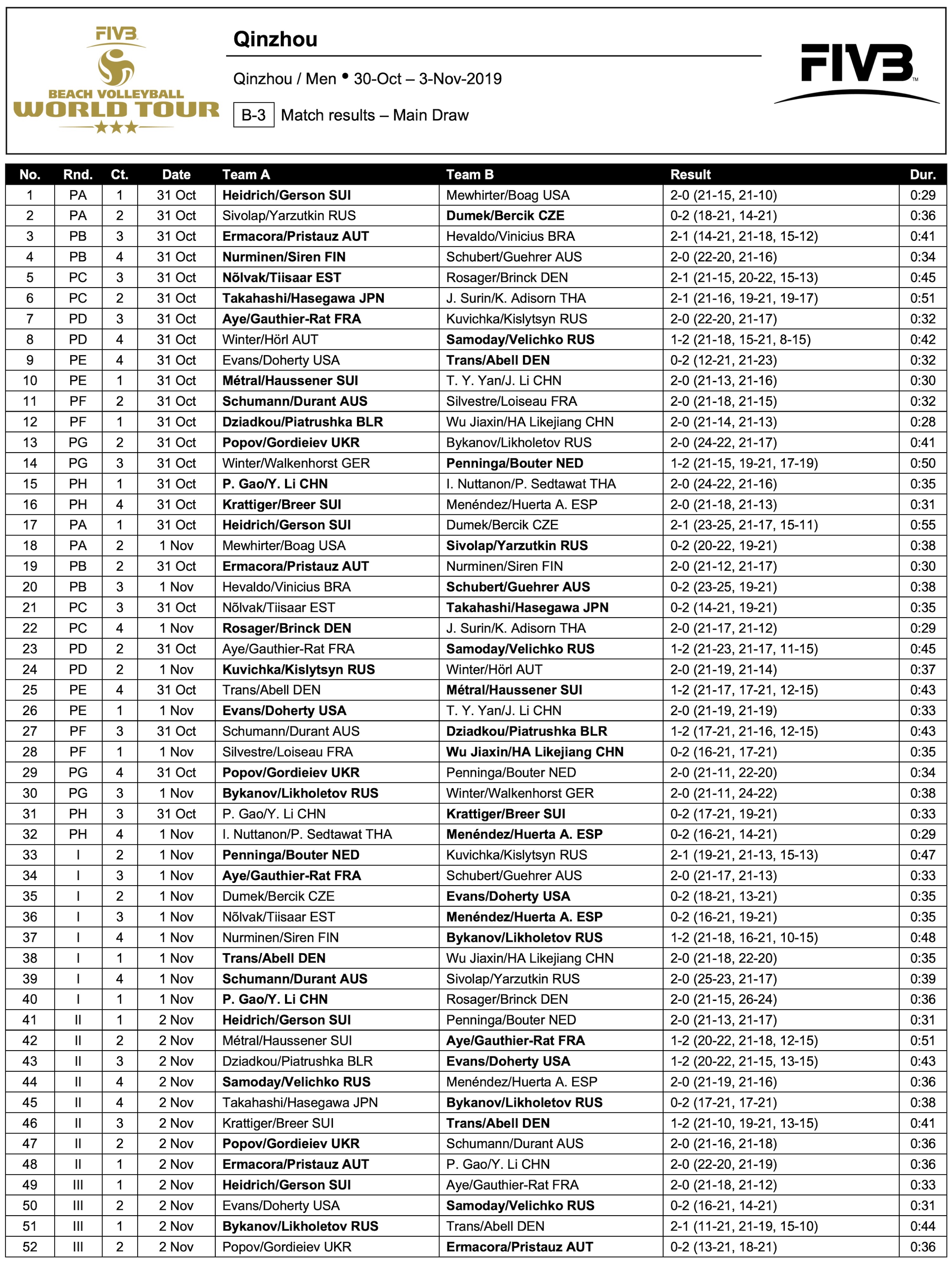 Heidrich and Gerson kept their excellent run in Qinzhou chalking up their fourth consecutive win, following their quarterfinal match against France’s Quincy Aye and Arnaud Gauthier-Rat. The Swiss pair won the match 2-0 (21-18, 21-12) that saw them recovering from a slow start in the opening set and then employing pressure in the second set to secure the match.

“We did not set-up well in the first set but that was normal, then we came closer and in the end I think we were the better team,” Gerson said. “The second set was also not easy. We did a lot of pressure on serve and block-defence. That was the key to get that set clearly.

“Samoday and Velichko are experienced players so for sure it will be a tough game against them, so we will try to see what happens tomorrow.”

Russia’s Valeriy Samoday and Igor Velichko showed a lot of poise against a tough United States tandem of Miles Evans and Ryan Doherty. The Russians played a consistent game against their rivals to win in straight sets (21-16, 21-14).

Quick links - Beach volleyball:
FIVB Beach Volleyball World Tour – Qinzhou
FIVB.com - Beach Volleyball
Latest Videos
Facebook
Twitter
Instagram
Meanwhile, second-seeded Austrian pair Martin Ermacora and Moritz Pristauz swept their Ukrainian rivals Sergiy Popov and Iaroslav Gordieiev 2-0 (21-13, 21-18). The Austrians had a fiery start but got in trouble late in the second set that tied the score at 18-all. However, they recovered and got three straight points to seal match victory and the spot in the semifinals.

In the other quarterfinal matchup, Russian rivals Ruslan Bykanov and Alexander Likholetov rallied from a set down to win 2-1 (11-21, 21-19, 15-10) to complete the final four cast.