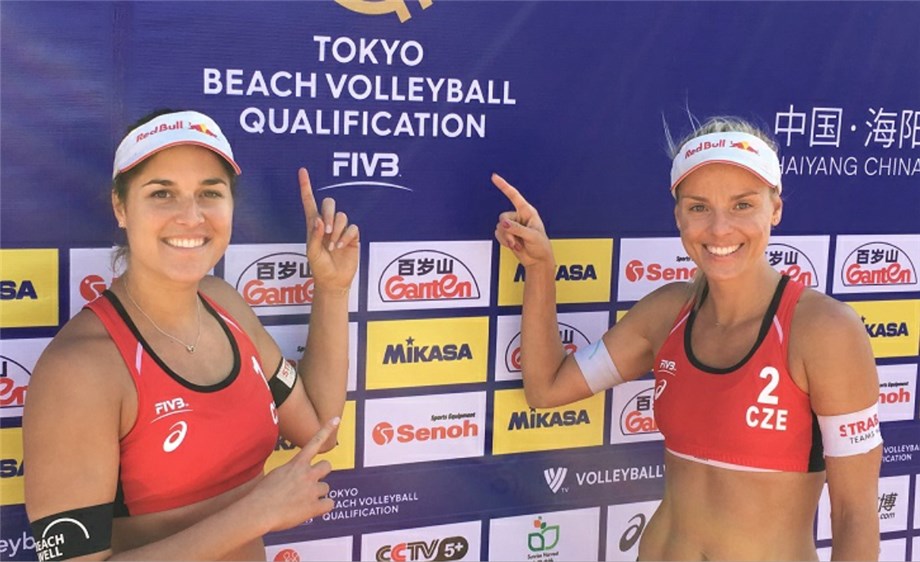 Haiyang, China, September 18, 2019 - After missing a chance to qualify for the Tokyo Olympic Games at July's FIVB Beach Volleyball World Championships in Germany due to an injury, Barbora Hermannova and Marketa Slukova of the Czech Republic have another chance to gain a berth in the 2020 Summer Game here this week.
Quick links - Beach volleyball:
Tokyo Beach Volleyball Qualification - Haiyang
Facebook
Twitter
Instagram
The Czech Republic pair, which had to withdraw from the Hamburg Worlds due to Slukova's broken toe after being seeded second in the World Championships competition, posted an opening win here Wednesday at the FIVB Tokyo Beach Volleyball Qualification tournament.
With their 2-0 (21-12, 21-7) win in 26 minutes over Russian teenagers and 2018 Youth Olympic champions Mariia Bocharova and Maria Voronina, Hermannova and Slukova meet Fan Wang and Xinyi Xia of China for the Pool A title on Wednesday afternoon.
The Chinese, who placed fifth in their last FIVB World Tour event in Rome like Hermannova and Slukova, advanced to their first-ever match against the Czech Republic pair with a 2-0 (21-19, 21-15) victory in 36 minutes over Lena Plesiutschnig/Katharina Schutzenhofer of Austria. 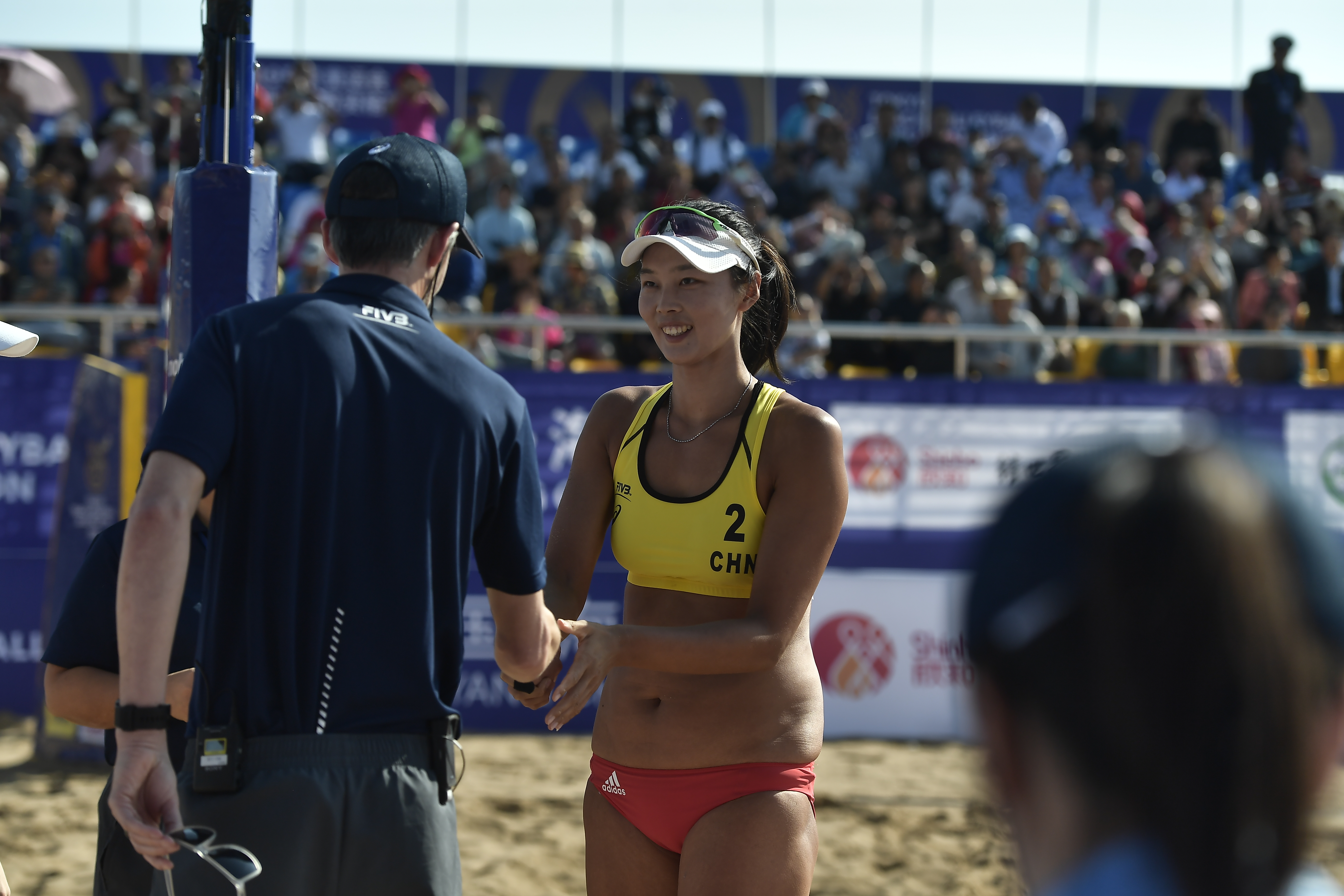 At the coin toss is Xinyi Xia (right) of China
"I like that we have another chance to qualify for Tokyo," said Slukova after her team's opening win Wednesday. “It is good that we are only two weeks removed from the last World Tour event in Rome, so we are ready to play."
Olympic qualifying events are nothing new for Hermannova and Slukova as the pairs secured their spot in the Rio Olympic Games by winning the FIVB's Continental Cup Finals in July 2016 at Sochi, Russia.
"Since that was the last qualifying event during that 2016 Olympic cycle, it was an emotional time for all participants in Sochi, especially the losing teams," added Slukova. "The best part is that we had a last chance to qualify for Rio. We needed it since we were a new team that had to use the Continental Cup pathway to advance to the Olympics."
The FIVB Tokyo Beach Volleyball Qualification Tournament continues through the weekend with the final matches being played on Saturday for men and Sunday for women. The winning two teams per gender on Saturday and Sunday secure a spot in the Tokyo 2020 Olympic Games for their national federation.