Hermannova and Slukova clinch gold at Kuala Lumpur in tiebreaker 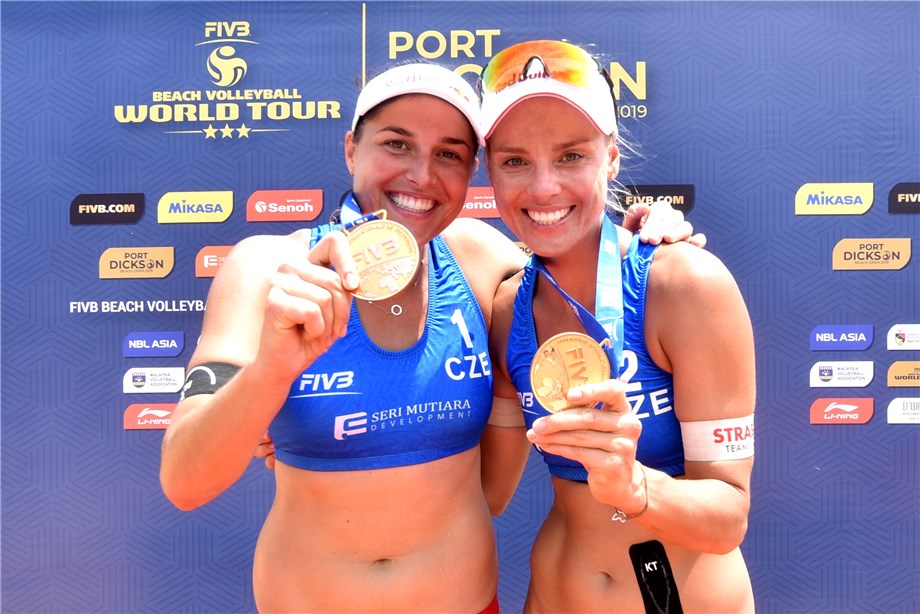 Kuala Lumpur, Malaysia, May 4, 2019 – The Czech Republic’s Barbora Hermannova and Marketa Slukova made up for their opening set loss with a brilliant tie-break comeback to clinch the women’s gold medal of the FIVB Beach Volleyball Beach Volleyball World Tour Port Dickson Beach Open on Saturday. 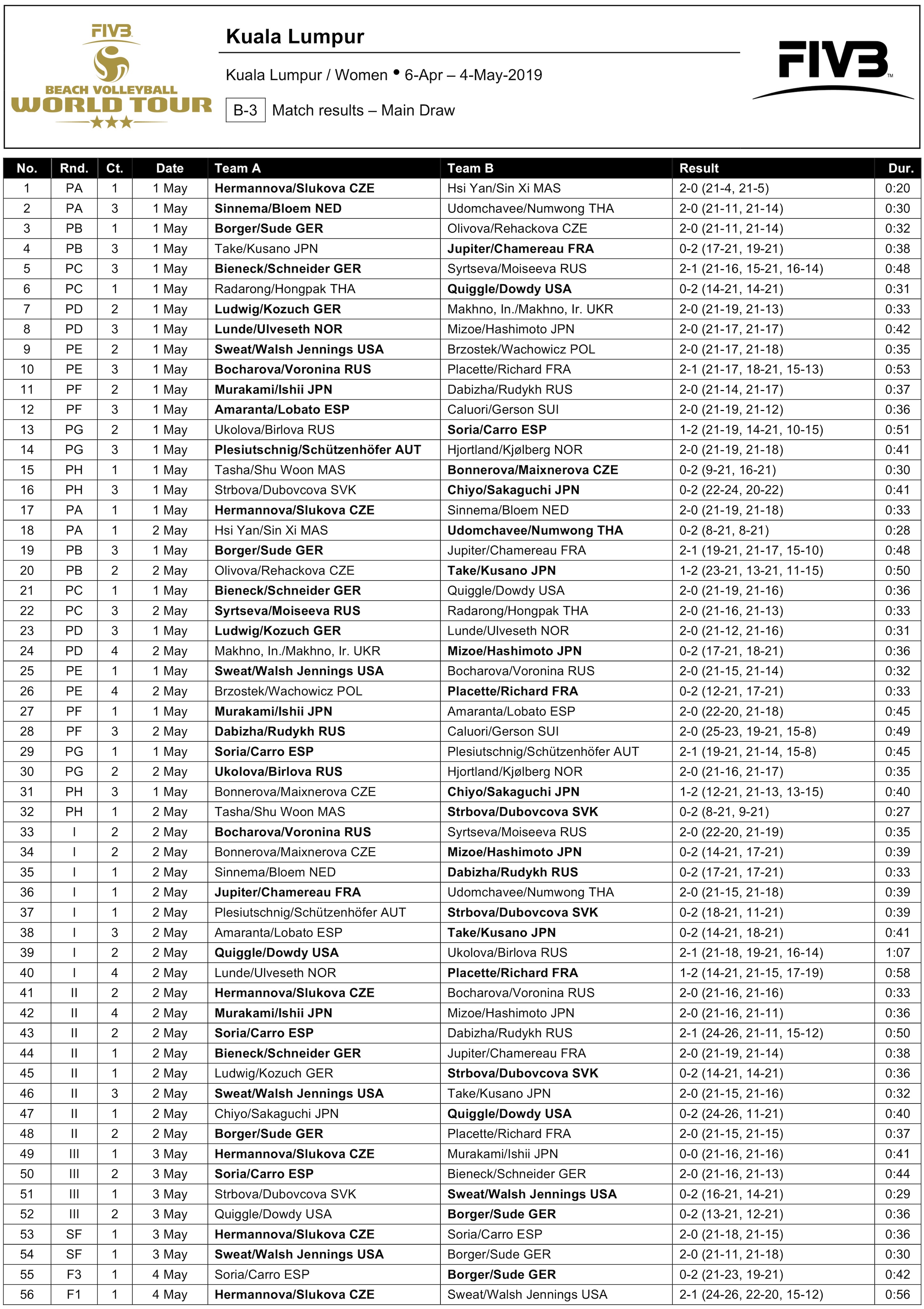 The Czechs conceded the opening set to the Americans 26-24, after an extensive exchange of points that resulted in six deadlocks down the final stretch. The match continued with a heavy trade of points until the errors of the Americans and Slukova’s ace tied things up in favour of the Czech team 22-20. In the third set, Hermannova and Slukova put some pressure on the serve that helped them gain the final points for the golden finish 15-12.

“This was a tough game because there were so many long rallies,” Slukova said. “I think towards the end we just put in better serves and better defence that brought us the three-point lead.

“We had the chance to close it in the first set but I didn’t put down the point. In the end we just came out a little bit luckier.”

“Both teams fought for each point,” Hermannova added. “Kerri and Brooke are very experienced so we were just ready to fight hard. We knew this match would be tough but we pushed hard to reach our full potential.

“This was an awesome start for our season especially after not playing for eight months. This is an unbelievable success and I am very proud of it. We had great preparation for this tournament and we found a lot of potential to grow.”

“We showed some really good elements in our game,” Borger said. “We had some mistakes which was probably caused by the heat. For us it’s all about coming for our first medal together. So this is a new experience for us as partners. We had great teamwork. This was all about trusting and finding the right things to win.”

“This was really tough until the end,” Sude said. “We are very happy because we wanted to win this medal so much. We were seeded No. 2 here so we had a little bit of pressure. As a team we did a very good job and this medal was a good reward after two weeks of play in Asia.”