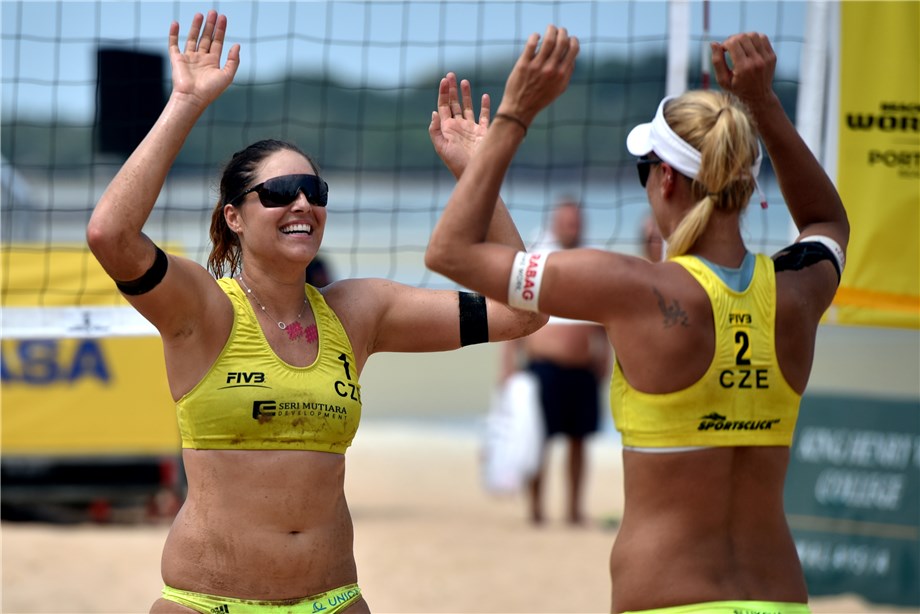 Kuala Lumpur, Malaysia, May 3, 2019 – “Hamburg is loud and powerful,” said Barbora Hermannova and Marketa Slukova on the host city of the FIVB Beach Volleyball World Championships, which will be held in Germany from June 28 to July 7.

Hermannova and Slukova were on a different mission in Hamburg last year for the FIVB Beach Volleyball World Tour Finals, which they completed by winning the silver medals.

“The Hamburg crowd was amazing and the DJs were playing a lot of good songs which the fans enjoyed so much. They love volleyball there,” exclaimed Hermannova on the great vibe and crowd in Hamburg.

“Hamburg has a beautiful venue with a beautiful setup,” Slukova added. “The fans were great, so for sure the experience was one of a kind.”

The Czech pair won four matches in total – two in the pool play round and two in the knockout stages before losing to Brazil’s Agatha Bednarczuk and Eduarda 'Duda' Santos Lisboa in the final.

“To be qualified for that top event was already an honour,” Slukova said. “We did very well there in Hamburg and it was good to conclude the season among the top teams.

“We had some physical issues at the time and it was great to see how far we got in that tournament.”

“The entire tournament in Hamburg was beautiful,” Hermannova said. “Our team did a great job and even our physical issues did not stop us from playing our game.

“We were there with a very strong mindset and it was great to see how we dealt with the moments we were pressed against the best teams in the world. We stayed calm in those moments and we came out sharp in the game. These were the best things that came out of our experience in Hamburg.”

For the World Championships this year, the Czech pair is counting on their strong performances this season. The pair finished with a silver medal at the Xiamen 4-star and they are in the final four of the Kuala Lumpur 3-star.

“We still have time and we are still getting into our game rhythm after a long break,” Slukova said. “We will definitely wait for the draw which will come out quite soon and we will see from there what we should do. Right now we are just getting as many games in the books to get that game rhythm.

“It’s always good to start well in the season to give us game confidence, but we will take it game by game. We still have a home tournament in Ostrava, so there are a few games to go. It’s always great to start on a high note.”