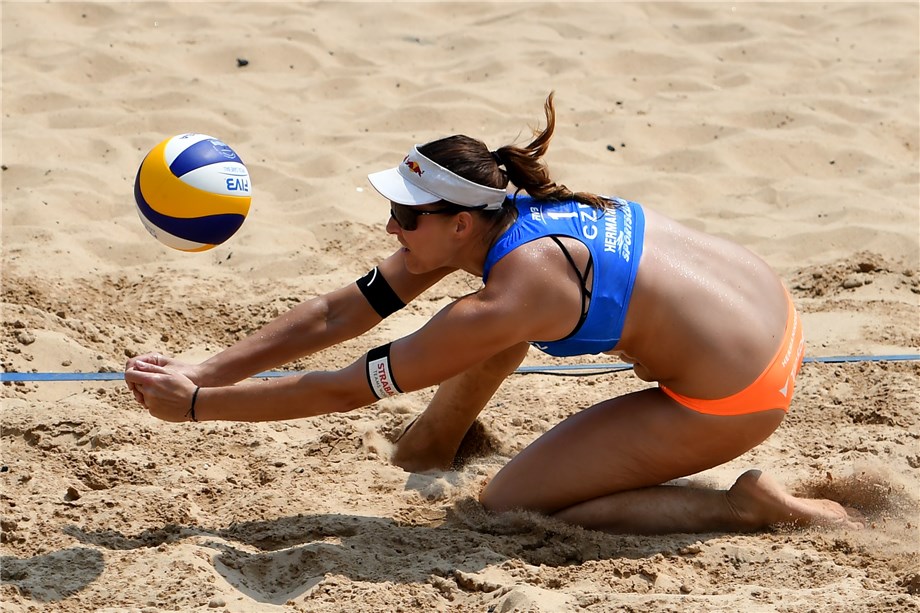 Barbora Hermannova of the Czech Republic on defence 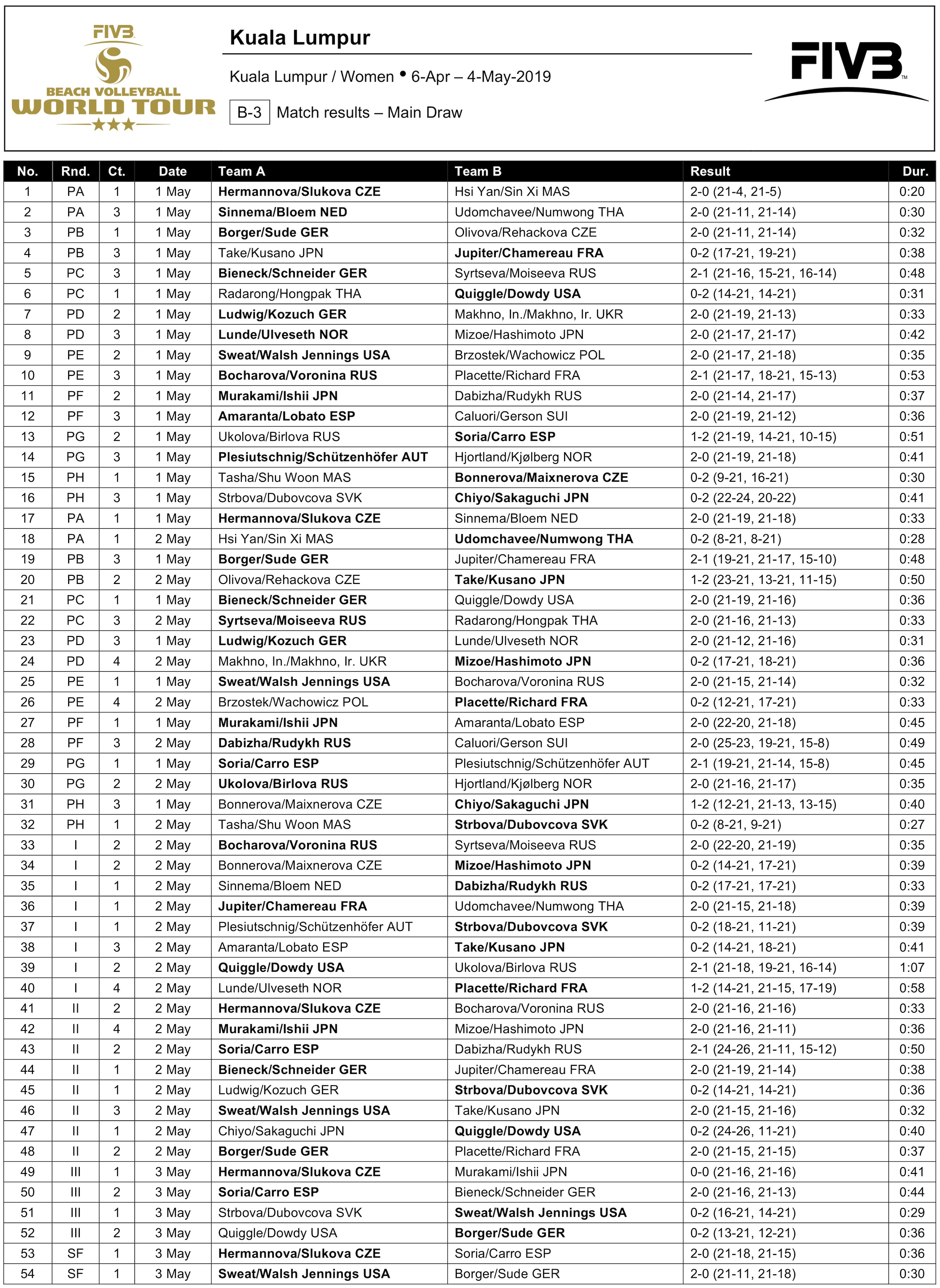 Top seeds Hermannova and Slukova made it to their second consecutive World Tour final this season with a 2-0 (21-18, 21-15) triumph against the promising Spanish tandem of Paula Soria and Maria Belen Carro.

“I’m pleased that we stuck together and worked hard through our second match today because it was very hot,” Slukova said. “Also, we are very tired coming from the final in Xiamen. We’ve been playing for almost 14 days without a break.

“We worked really hard and we served strong, and that made the difference because we brought them into situations wherein they had to improvise. They are a tough team to play and they also made it here through the same course, so they are the kind of team that you really need to push hard against.”

The Czech pair will try to improve on their runners-up finish in Xiamen, when they face Sweat and Walsh Jennings in the final clash of the Kuala Lumpur 3-star on Saturday.

“We were in Xiamen and played against different teams on a different competition level,” Hermannova said. “In every final there will always be the best players on the field and I just hope that we can play our best and bring our game closer to our full potential than when we played in China.”

“I’m really excited to get that win,” Sweat said. “It’s good to come out firing. I think we are just getting better and better and it’s exciting that it’s showing now. This is our first final together.”

“Kerri’s blocking was huge and it kind of got into their heads a little bit. We sided out well and passed their tough serves.”

The American pair has won two bronze medals at the 3-star star events in Chetumal and Sydney and another bronze at the 4-star event in Xiamen. The Kuala Lumpur 3-star is their first World Tour final since teaming up in October 2018.