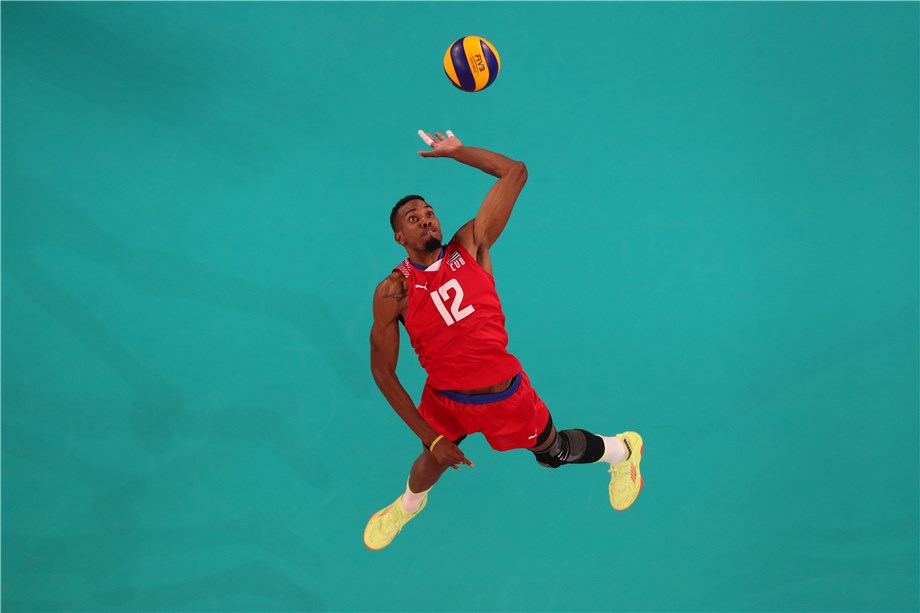 Buenos Aires, Argentina, April 1, 2020 – Opposite Jesus Herrera left his mark in just his second season playing in Argentina as the 24-year-old Cuban topped three statistical categories in the country’s national league as the 2019-2020 season came to an end early due to the coronavirus pandemic.
Playing for defending champions Club Bolivar, the Cuban international was the player with the most aces in the entire league with 67 points from the service line. He averaged 1.03 aces per set, also the highest mark in the league. The left-handed opposite, who represented Cuba at the 2018 FIVB Volleyball Men's World Championship and the 2019 FIVB Volleyball Challenger Cup, also had the best point average per set (5.83) in the country.
Argentina’s national team opposite Bruno Lima was the top scorer of the competition, with 460 points. He played for Gigantes del Sur. UPCN Voley’s libero Nicolás Perrin led the receiving ranking with a 72% efficiency in the skill.
Ciudad Voley had three middle blockers among the best in the country as Fabián Flores had the most blocking points (60) in the league, Ignacio Benitez had the best blocking point average (0.89 per set) and Livan Osoria was the most efficient spiker with a 62% accuracy rate.
The Argentinean League had reached the semifinals when the organizers and the four clubs still competing (Bolivar, Gigantes, UPCN and Ciudad) agreed to end the season, which had been interrupted more than two weeks previously. A champion won’t be determined, but the clubs and the league will meet again in the future to determine the criteria to select the country’s representatives at upcoming continental tournaments.
“We had no indication that it would be possible for us to resume playing any time soon,” said Pedro Bruno, the president of the clubs' association (ACLAV). “We explored several calendar possibilities, but it’s still unpredictable when we’ll be able to play again. After we decided to pause the league before the semifinals started, we started tracking what the other national leagues in the world were doing and most of them decided to cancel their seasons as well.”
More volleyball from Argentina:
Uchikov leads UPCN into Argentinean League semifinals
Lima gives Gigantes a head start in Argentinean playoffs
Miguel López carries UPCN to victory in Argentinean derby
Unstoppable Club Bolivar still undefeated in Argentinean League
Quick links:
FIVB.com - Volleyball
Facebook
Twitter
Instagram
Youtube