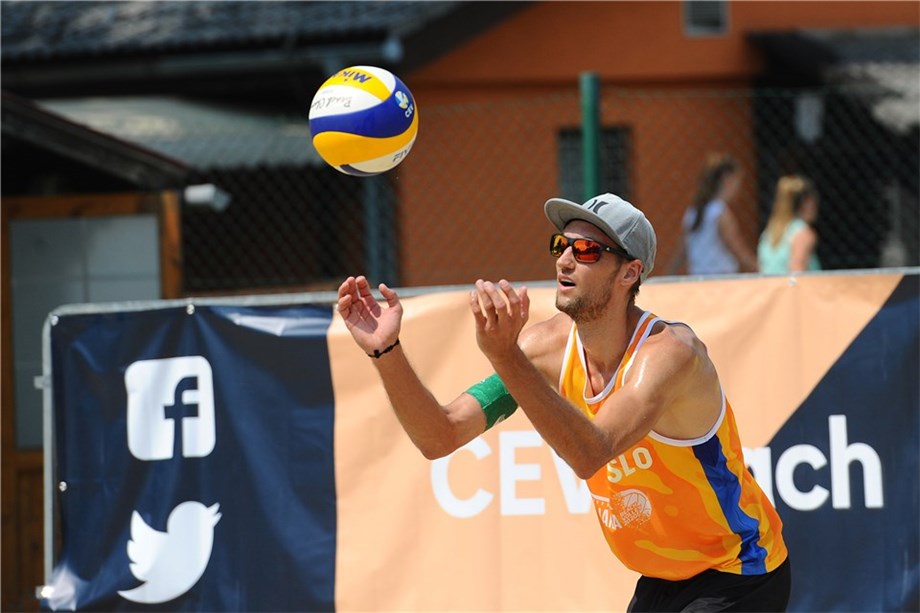 Slovenia's Jan Pokeršnik is on course for home glory

Ljubljana, Slovenia, July 31, 2020 – All four men's top-seeded teams reached the quarterfinals, while among women only Denmark’s Cecilie Køllner Olsen and Sofia Nørager Bisgaard lived up to their role of favourites at the FIVB Beach Volleyball World Tour 1-Star event in Ljubljana on Friday. 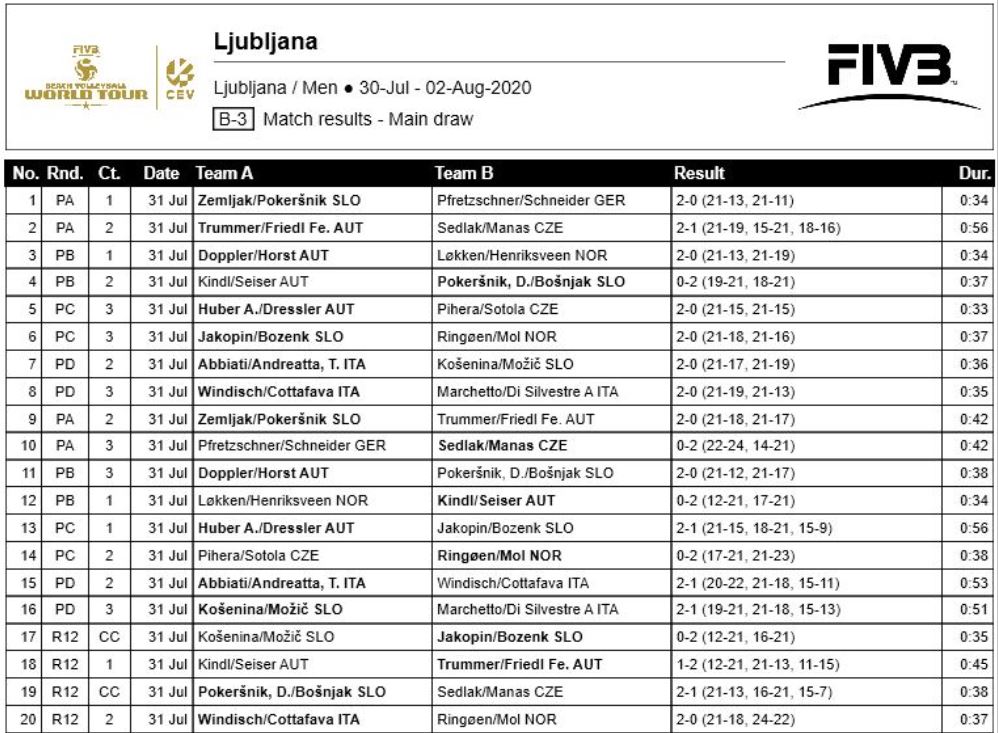 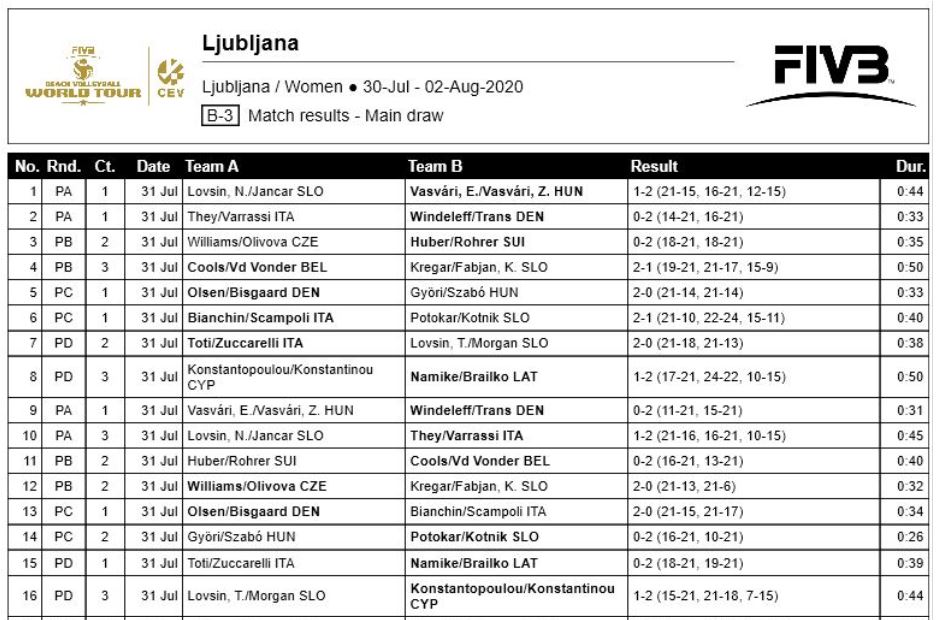 It is the first international beach volleyball competition to take place after the four-month break imposed by the coronavirus pandemic.
Slovenia’s Nejc Zemljak and Jan Pokeršnik opened the second day of competition with a 2-0 (21-13, 21-11) win over Austria’s Simon Pfretzschner and Rudy Schneider.
It means they go through to the quarterfinals and skip the first knockout round.
“We are happy with reaching the quarterfinals, especially after the second match, when we were already a bit tired, because of the difficult conditions,” Zemljak said.
“It is even harder to deliver your best performance, when you are not in the best shape. I believe that in the morning we played better and proved that we can perform as we planned.”
Austria’s Clemens Doppler and Alexander Horst also enjoyed two straight set triumphs, as did their compatriot Alexander Huber and Christoph Dressler and Italy’s Andrea Abbiati and Tiziano Andreatta.
“It was extremely hot today,” Doppler said. “I know that conditions are the same for all, but I think it is tougher for us that are little older.
“Ljubljana has a great history of tournaments. We saw many great pictures of the centre court with its amazing atmosphere and I'm really looking forward to play there.”
Quick links:
FIVB Beach Volleyball World Tour - Ljubljana
Olympic Games Tokyo 2020
Facebook
Twitter
Instagram
Youtube
Danijel Pokeršnik and his partner Črt Bošnjak struggled against the Czech Republic’s Jiri Sedlak and Patrik Manas in their third match of the day, but they emerged victorious 2-1 (21-13, 16-21, 15-7), while the experienced Vid Jakopin and Tadej Boženk beat Slovenia’s youngsters Rok Možič and Alan Košenina 2-0 (21-12, 21-16).
In the women’s tournament two Danish teams progressed. Clara Windeleff and Line Trans, and Olsen and Bisgaard both reached the quarterfinals without a dropped set.
Windeleff and Trans defeated Hungary’s Eszter Vasvári and Zsófia Vasvári, while Olsen and Bisgaard beat Italy’s Margherita Bianchin and Claudia Scampoli.
“It was a really good match,” Olsen said. “Despite their solid performance, we followed our game strategy and that made the difference in the end. We trusted our game and we did not lose our heads, so we are really happy and excited.”
Belgium’s Sarah Cools and Lisa Van Den Vonder, and Latvia’s Anete Namiķe and Varvara Brailko also won two group matches to qualify for the quarterfinals, but three Slovenian teams exited the tournament with only Tjaša Kotnik and Monika Potokar left in contention for home glory.