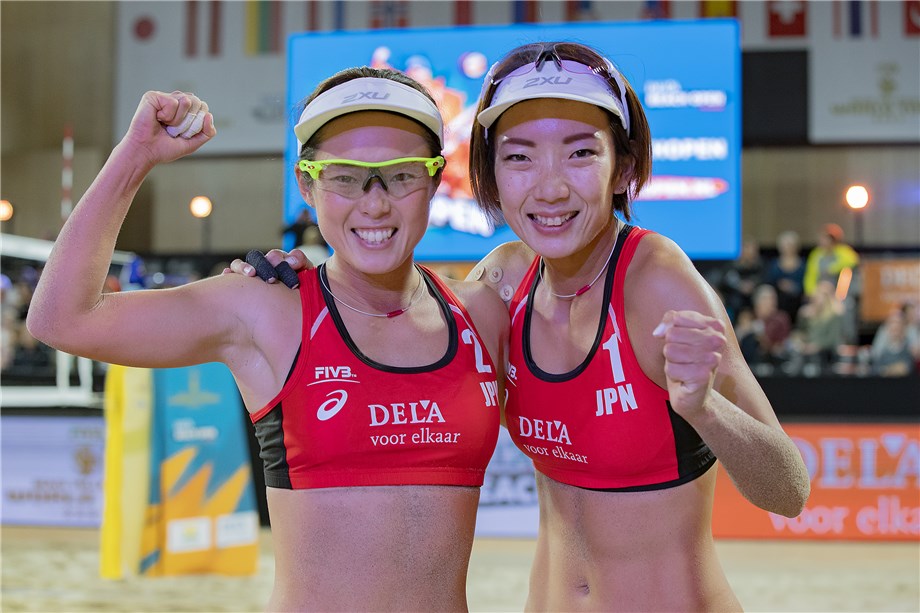 Ishii (left) and Murakami are building towards Tokyo 2020

The Hague, Netherlands, January 4, 2019 – Miki Ishii and Megumi Murakami are trying their best to forget about a home Olympic Games and just focus on maintaining their progress on the FIVB Beach Volleyball World Tour.
The Japanese pair are currently competing at the 4-Star Dela Beach Open where they have reached the knockout stages.
Quick links - Beach volleyball:
FIVB Beach Volleyball World Tour
FIVB.com - Beach volleyball
Latest Videos
Facebook
Twitter
Instagram
The Tokyo 2020 Olympic Games will run from July 24-August 9, with beach volleyball taking place from July 25-August 6. Twenty-four teams per gender, of which there is a maximum of two per NOC, will compete at Shiokaze Park right on Tokyo’s waterfront.
As hosts Japan’s NOC is guaranteed one team per gender based on the FIVB Beach Volleyball World Rankings. Ishii and Murakami are currently the highest ranked Japanese women’s team at 22nd.
“We aren’t just thinking about the Olympics,” Murakami said. “We are just thinking about one tournament after another.”
Ishii, 29, and Murakami, 33, made their World Tour debut at Fuzhou in China in 2015 and in 2018 they won their first World Tour medals with bronze at the Tokyo 3-Star tournament. They have also won two Asian Championships bronze in that time. 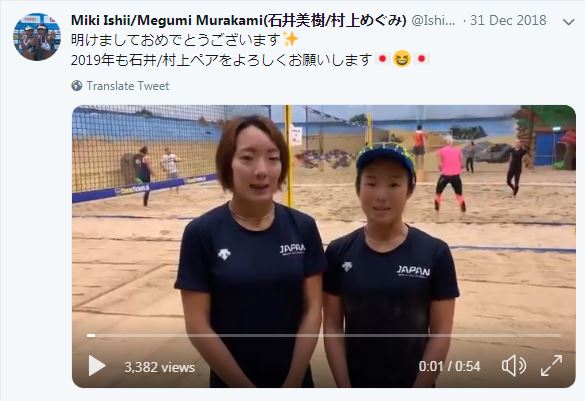 “We are learning so much,” Murakami said. “We’ve had to work hard on our serve, and the strategies we use on the court.
“There are good teams all around and we have to keep improving.”
The 4-Star Dela Beach Open runs from January 2-6 and is being played on indoor beach courts at the Sportcampus Zuiderpark. It is the second year in a row that The Hague has hosted a tournament at this time of year and it has proved popular among the players who are able to compete at a top-level tournament when they would normally be involved in warm weather training.