Hopes high for Bocharova and Voronina after YOG gold 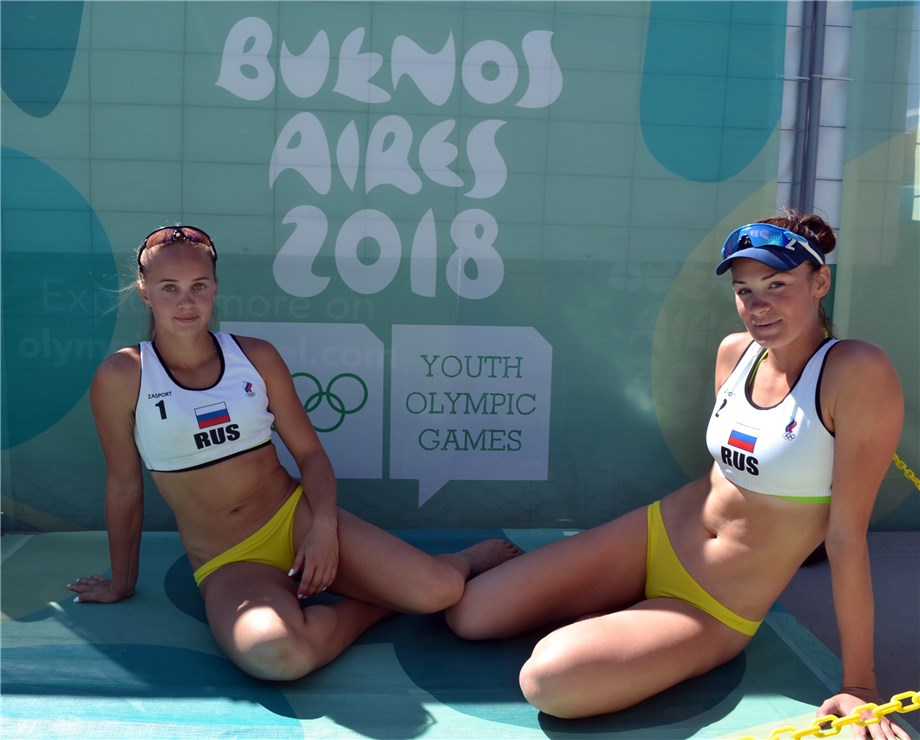 Lausanne, Switzerland, October 25, 2018 – Mariia Bocharova and Maria Voronina have been told that they will have the chance to make the step up from winning gold at the Buenos Aires 2018 Youth Olympic Games to competing at the Tokyo 2020 Olympic Games.

Quick links - Beach volleyball:
Youth Olympic Games - Beach Volleyball
FIVB.com - Beach volleyball
Latest Videos
Facebook
Twitter
Instagram
Voronina and Bocharova beat Italy’s Claudia Scampoli and Nicol Bertozzi 2-0 (21-19, 21-19) to win Youth Olympics Games beach volleyball gold and continue a highly successful season.
“They will have every chance to feature at the Olympic Games in Tokyo, but to do so they will need to prove themselves in the Russian team,” Russian Volleyball Federation beach volleyball director, Andrei Gorbenko said.
“It all depends on the athletes themselves, how well they work between now and the start of Tokyo 2020. They are already involved in the main team, and have been working with coach Dmitry Fedotov at the national training centre in Obninsk.
“Of course, they are talented, but the main thing is that they give everything in training. Talent plus work is a universal recipe.”
In July Voronina and Bocharova won gold at the Nanjing 2018 FIVB U19 Beach Volleyball World Championships and they also topped the podium at the CEV U20 European Championships.
The pair made their debuts on the FIVB Beach Volleyball World Tour at The Hague Dela Beach Open in January and then featured in a further four World Tour tournaments.
Qualification for Tokyo 2020 begins at the start of 2019 and runs through to the end of June 2020 with a number of qualification routes available. 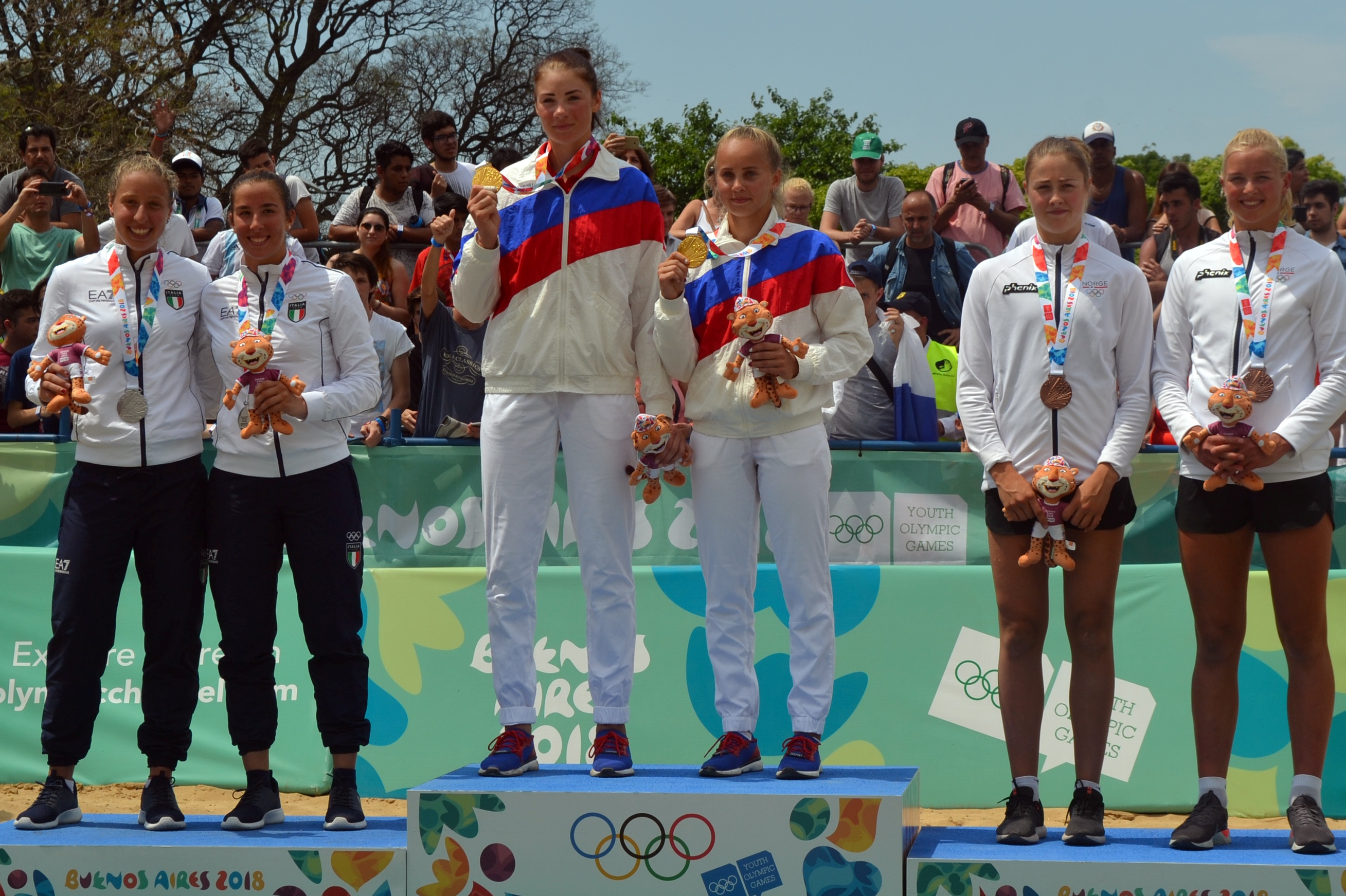 “Our girls have already achieved a lot,” Gorbenko said. “They’ve won the world and European Championships in their age-group and are now competing in older age-groups.
“The two Maria’s have already proven themselves at adult level and they have already been successful at the Russian championships. They are ready to compete against senior teams.”
Buenos Aires hosted the third edition of the Youth Olympics where the beach volleyball tournament took place at a temporary stadium in Green Park in the Palermo district from October 7-17. Thirty-two teams per gender took part.
Four years ago beach volleyball made its Youth Olympic Games debut at Nanjing 2014 where Brazil’s Eduarda ‘Duda’ Santos Lisboa and Ana Patricia Silva Ramos won women’s gold, and Russia’s Oleg Stoyanovskiy and Artem Yarzutkin won men’s gold.