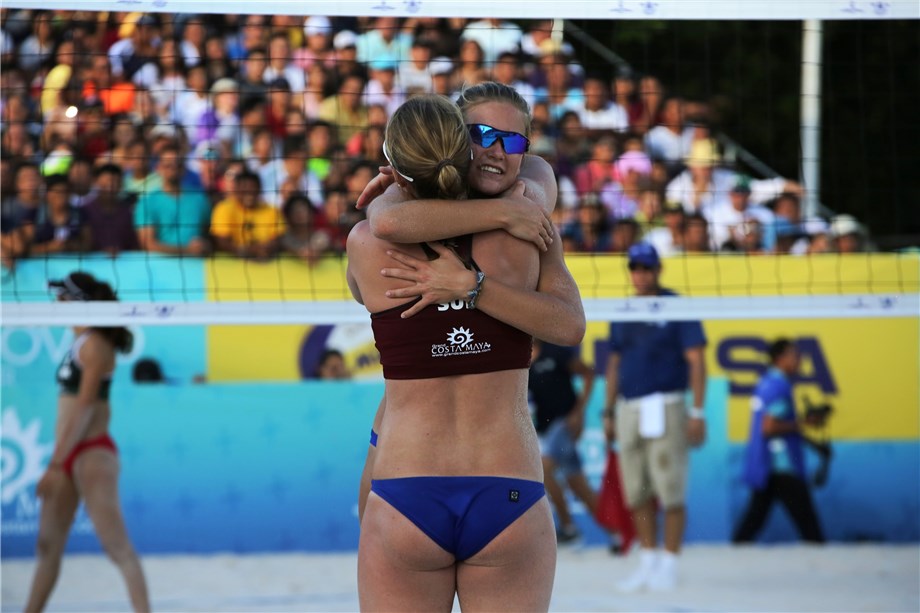 Chetumal, Mexico, October 24, 2018 – A single qualification match officially opened the three-star women-only Chetumal Open on Wednesday and, to the frustration of the almost two thousand Mexican fans who packed the center court in the first day of the event, Switzerland’s Kim Huber and Melina Hübscher denied the host country a fourth main draw berth.
The Swiss, who were playing together for the first time, posted a 2-1 (21-15, 18-21, 15-11) victory over Mexicans Isis Camacho and Alejandra Villavicencio to advance to the main draw. It was an eventful World Tour debut for the 18-year-old Hübscher.
“It was crazy,” she said. “I felt as if I was playing in a final or in a five-star event in Gstaad. It was amazing, really cool. I’m very, very happy now and I really don’t have words to show it.”
The 30-year-old Huber, who has competed in five World Tour main draws with former partner Tatjana Greber, also had a great time on her debut in Chetumal. Guaranteed in the main draw, the Swiss just wants to see how far her new team can get.
“The fans were amazing,” the veteran said. “They were obviously against us, but it was very funny to play. It’s just our first tournament together, so we don’t have many expectations. We just want to play and see how far we can go.” 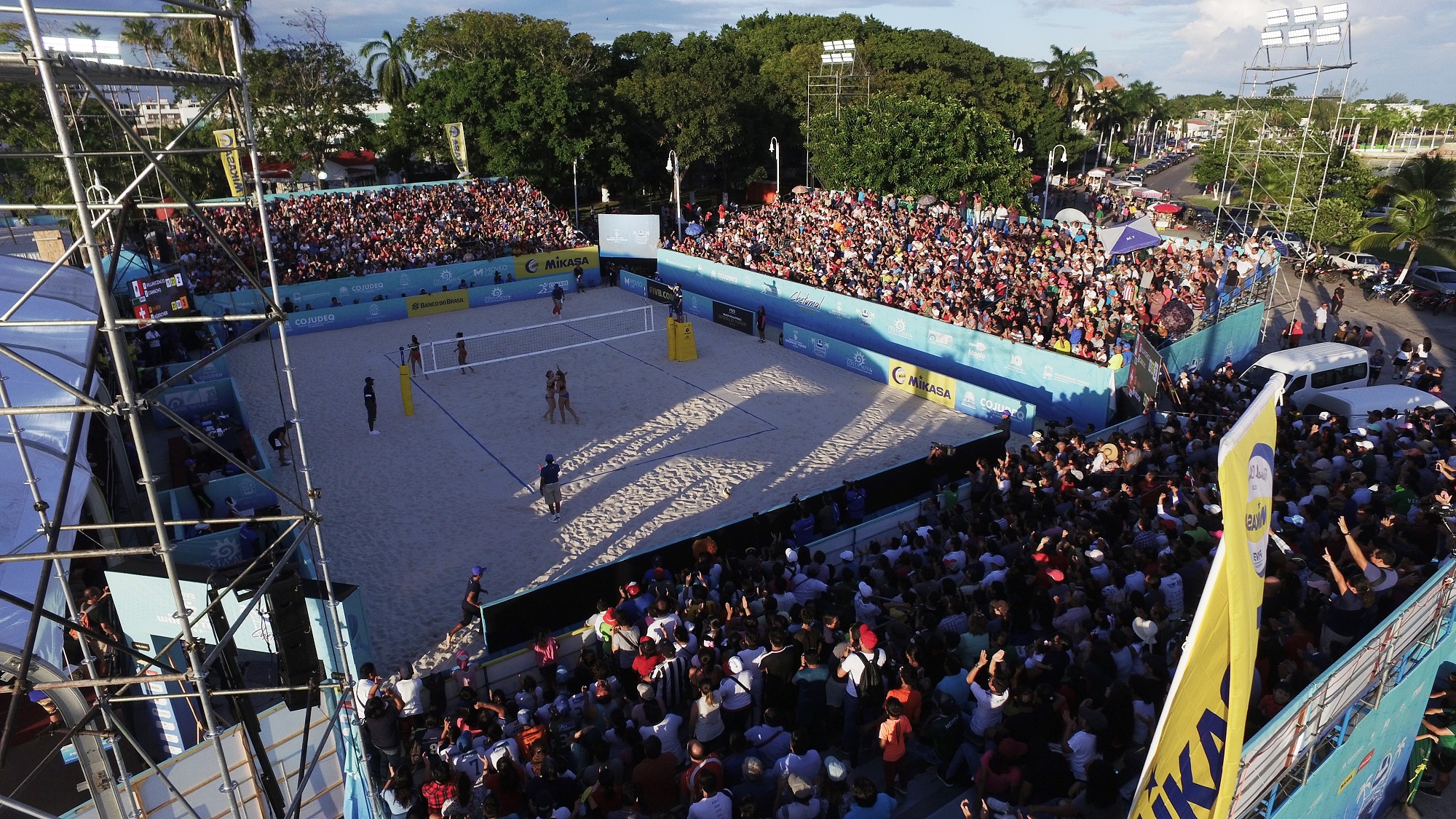 A packed centre court staged the first match of the Chetumal Open
Besides the Swiss, USA’s Kimberly Smith/Jace Pardon and Caitlin Ledoux/Geena Urango, Canada’s Megan Nagy/Caleigh Cruickshank, Hélène Rancourt/Sarah-Jeanne Maunier-Bédard and Julie Gordon/Shanice Marcelle, Colombia’s Andre Galindo/Claudia Galindo and Japan’s Keiko Urata/Mai Tanaka, who were registered to play in the qualification tournament, have all advanced directly.
The 32-team main draw starts on Thursday. Pool play will be concluded in the first day, with the Round of 24 and Round of 16 being played on Friday, the quarterfinals and semifinals on Saturday and the medal matches closing the event on Sunday.
Quick links - Beach volleyball:FIVB Beach Volleyball World Tour - ChetumalFIVB.com - Beach volleyballLatest VideosFacebookTwitterInstagram