India and Pakistan continue to grow with support from FIVB 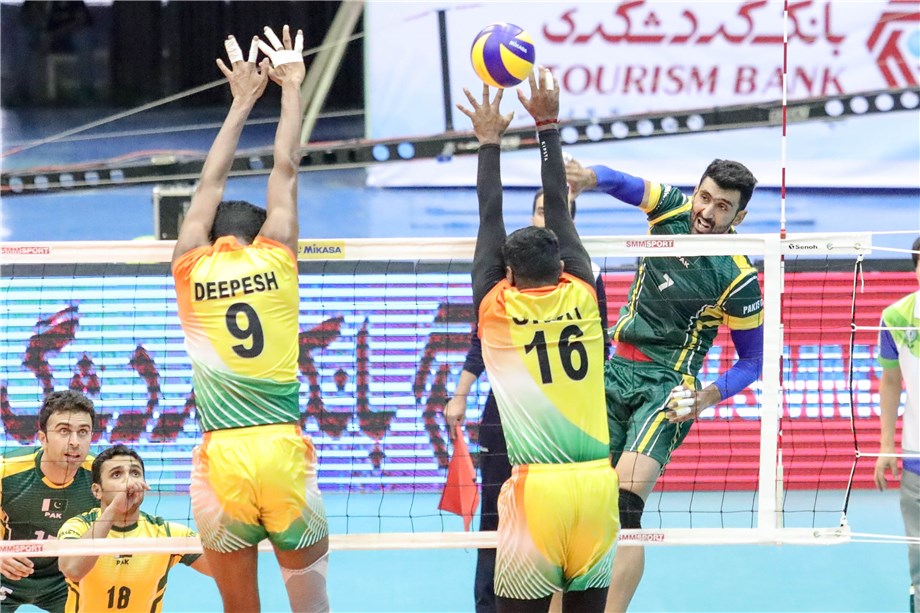 A match between Pakistan and India during the Asian Men's Volleyball Championship. Photo credit: AVC

Lausanne, Switzerland, October 16, 2019 – The FIVB Nucleus Project has once again demonstrated its importance in the development of volleyball around the world, especially in regard to improving the performance of the national teams.

The Nucleus Project aims to develop the sport in key markets, which can then act as a model for other countries. Starting with 30 key nations, the FIVB now has more than 112 countries that actively participate in FIVB events, host competitions and bring more television exposure.
The latest achievements come from India and Pakistan’s men’s senior national volleyball teams, whose investment in coaching support saw them break into the Final Round of the 2019 Asian Men's Volleyball Championship, held in Tehran, Iran last month. India made its impressive return to the international volleyball stage after a 24-month absence from international competitions, making it to the last eight of the Championship.

India and Pakistan received coaching support from the FIVB for technical and tactical development of their national teams. The appointment of quality coaches to improve the performance of the emerging teams has led to unprecedented results at the Asian Championship.

Both volleyball teams now have the chance to qualify for their first ever Olympic Games in Tokyo 2020, via the 2020 Men’s Asian Olympic Qualification Tournament, which will take place in Jiangmen,China from 7-12 January next year.

“The FIVB Nucleus Project is an integral part of our strategy to move volleyball to the next level and we are delighted to support NFs develop the quality of their national teams. It is crucial for the local fans in any country to have a strong national team, role models for them. This will boost the development of our sport within the nation and worldwide, as well as attracting new sponsors, partners and fans to our sport. We are delighted with the progress made by India and Pakistan with the support of our coaches, and we hope to see continued progression in the coming years.”
India and Pakistan have also seen great results at the 2019 Asian Men's U23 Championship, with India claiming silver and Pakistan finishing in fourth place.