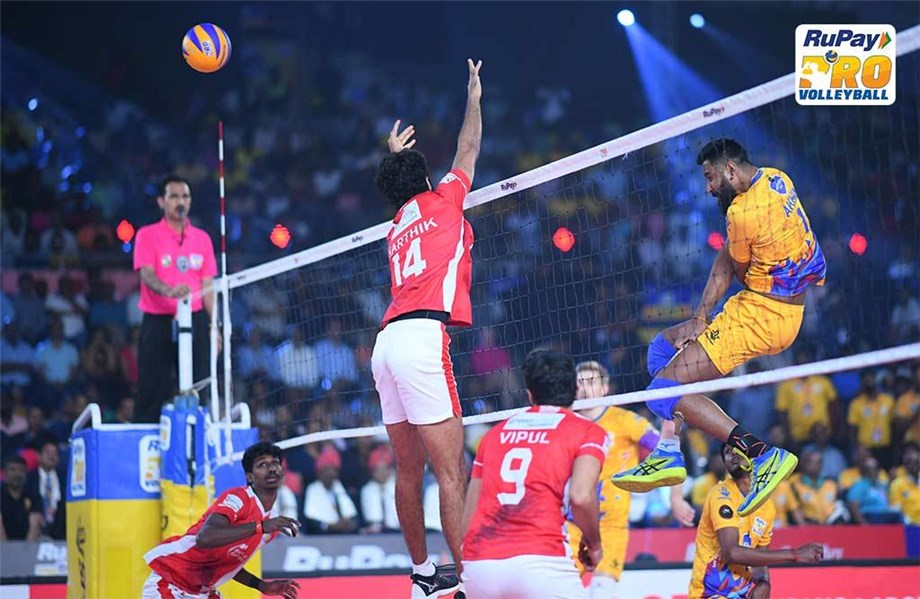 Lausanne, Switzerland, November 11, 2019 – The second season of India’s RuPay Pro Volleyball League has been announced. After a successful inaugural season was held in February 2019, the starting date for the second edition has been set for February 7, 2020. The upcoming season will be longer than Season 1 and will feature a total of 22 matches with the final of the league to be played on March 1, 2020.
The first edition of the league involved six professional teams - Ahmedabad Defenders, Calicut Heroes, Chennai Spartans, Black Hawks Hyderabad, Kochi Blue Spikers and U Mumba Volley Mumbai. They played a single round robin of 15 five-set matches, all staged in Kochi or Chennai. The rosters included several well-known international stars, among whom were 2008 Olympic champion David Lee of USA and other Olympians like Serbia’s Novica Bjelica, USA’s Paul Lotman, Canada’s Rudy Verhoeff and Latvia’s Ruslans Sorokins.
The four best-ranked teams qualified for the semifinals, which led to the grand final at the Jawaharlal Nehru Stadium in Chennai on February 22. Hosts Chennai Spartans capitalized on the home court advantage to deliver a 3-0 (15-11, 15-12, 16-14) upset of Calicut Heroes, who had won their first six matches of the season.
For more information: provolleyball.in