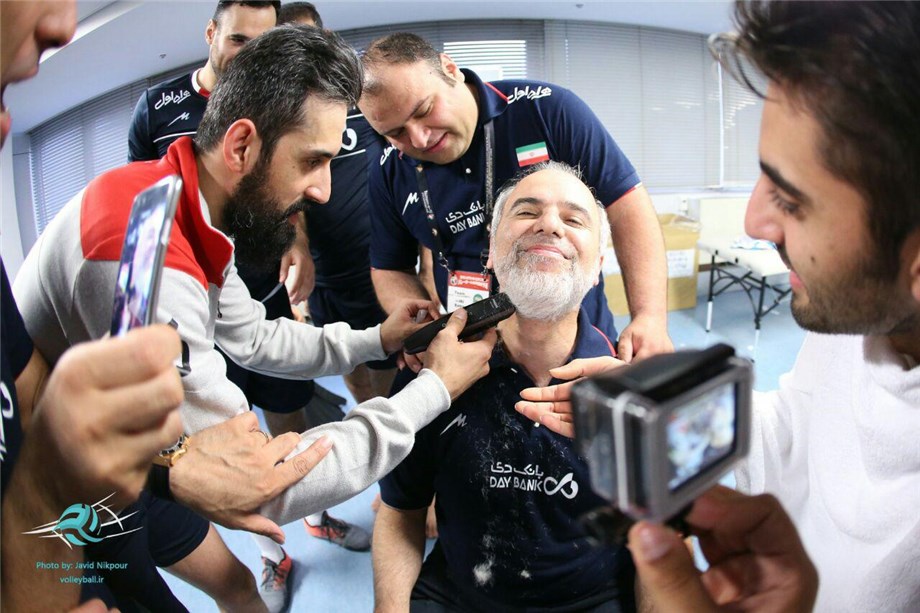 A close shave for Mr. Khoshkhabar

Tokyo, Japan, June 4, 2016 – It’s been 52 years since volleyball was introduced to the Olympic Games, a lifetime for many, and a lifelong dream for many Iranian volleyball players, fans and officials. Now that dream has come true.
Iran have qualified for the Olympic Games in Rio de Janeiro after many disappointments.
Two months of intense training at home and several friendly matches in France and Japan (against Poland and China) put the Iranian squad in a position to make the biggest step of their lives.
On Saturday, they beat world champions Poland 3-1 and their Olympic dream came true, the climax of a 10-year planning period.
And it cost Iran team manager Mr. Khoshkhabar his beard. He promised the team that he would shave his beard off when Iran qualified for Olympics. Team captain Marouf duly obliged, shaving off his beard in the changing room after the match against Poland, but Khoshkhabar was still a very happy man.
World Olympic Qualification Tournament websites:
Women's WOQT in Japan
Men's WOQT in Japan
Women's WOQT in Puerto Rico
Men's WOQT in Mexico