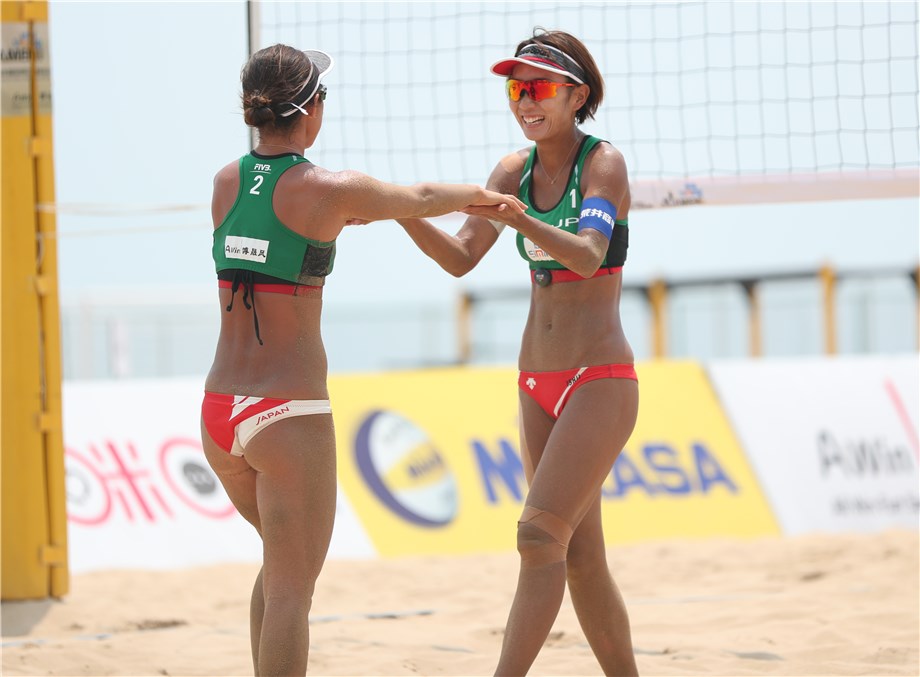 Megumi Murakami and Miki Ishii are Japan’s number one team and currently second in Asia behind Australia’s Taliqua Clancy and Mariafe Artacho.
They have been steadily creeping up the world rankings, helped along by a ninth place finish at The Hague 4-Star in January and most recently reaching the quarter-final in the Sydney 3-Star.
They were unfortunate to face Xiamen Open top seeds, Marketa Slukova and Barbara Hermannova in the final 16, and were knocked out after forcing the Czech team into a tie-break with a final score of, 2-1 (21-17, 15-21, 15-8).
“We couldn’t react to our opponents and didn’t have a very good match. I don’t think we reached our level in Xiamen, but we are happy with our team cooperation” said Murakami. 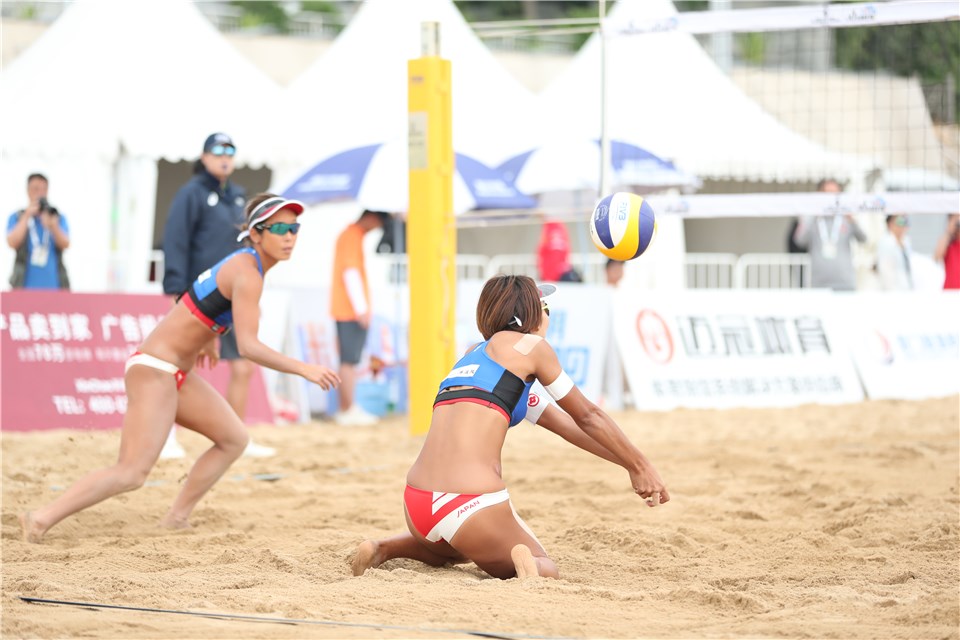 Megumi Murakami and Miki Ishii during their Xiamen Open match against Marketa Slukova and Barbara Hermannova (CZE)
“We were not reacting to their attack until the end of the match and we also made a number of errors which didn’t help, but they played better than us,” said Ishii.
The pair currently sit 18th in the world ranking and head to Kuala Lumpur for the 3-Star next week before the Asian Championships in May where they took bronze medal in 2018.
“Our next stop is the Kuala Lumpur 3-Star. The Czech team is also going to be there and we want to get into the final four and go for the gold medal,” said Murakami.
Ishii/Murakami’s ranking secures the team a spot in the 2019 FIVB Beach Volleyball World Championships in Hamburg this June.
Japan’s last appearance was in 2007 when Mika Teru Saiki & Chiaki Kusuhara and Eiko Koizumi & Shinako Tanaka played in qualification at the Gstaad World Championships. Japan’s best World Championship result to date was in 1999 when Saiki and Yukiko Takahashi placed fifth.
“Japan has not participated in the World Championships in 10 years or longer. We want to go for the gold in Hamburg and get the ticket for Tokyo Olympics,” said Ishii.
This would be a second Olympic ticket for Team Japan with the host country guaranteed one Olympic quota per gender.
“We are not feeling any extra pressure leading to Tokyo as we’re now the top team in Japan. Saying that we feel pressure whether we are the top team or not,” said Murakami.