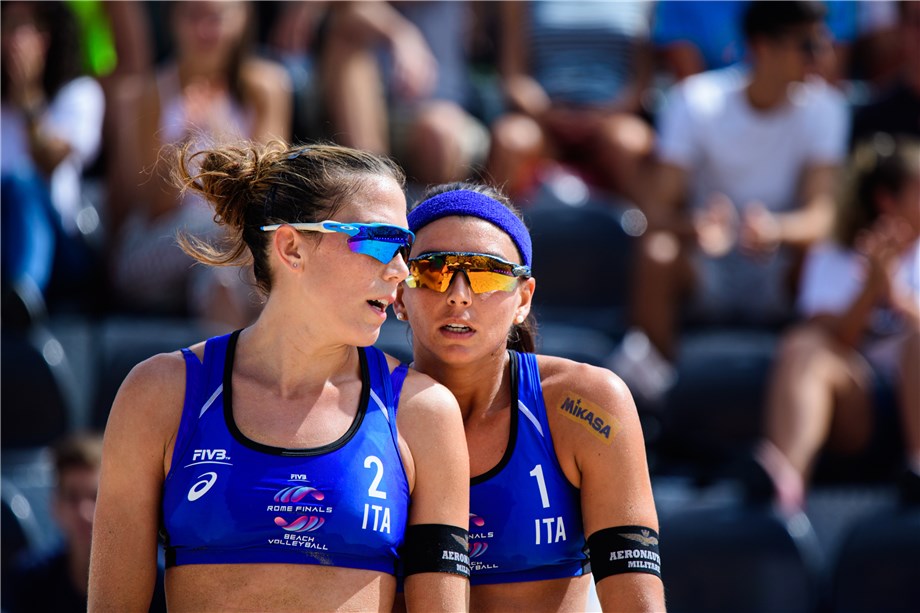 Rome, Italy, September 6, 2019 - Italians Marta Menegatti and Viktoria Orsi Toth were one of eight women's teams to secure the final berths into the elimination round for the $600,000 FIVB Beach Volleyball World Tour Finals here Friday morning as the host country favourites advanced with a win over a Russian pair at the Foro Italico. 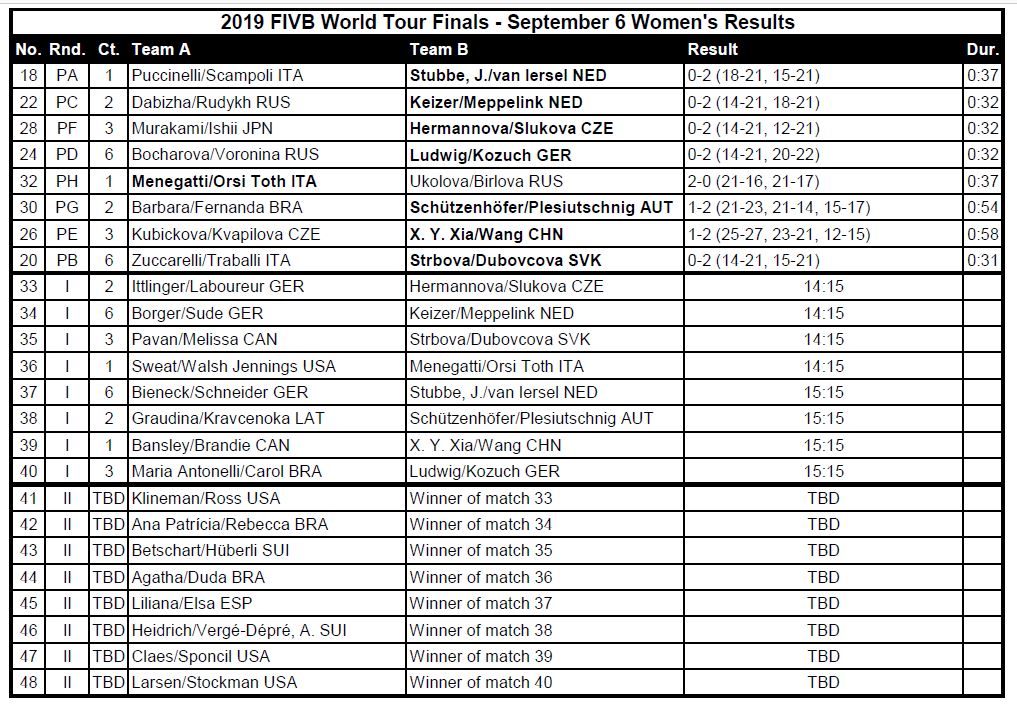 With the FIVB World Tour returning to the capital for the first time since 2013, the eighth-seeded Menegatti and Orsi Toth posted a 2-0 (21-16, 21-18) win in 37 minutes over 24th-seeded Ekaterina Birlova/Evgeniya Ukolova of Russia.
“I don’t think we played much better than yesterday, to me the main difference was our mentality," said Menegatti as her team dropped a match Thursday to 25th-seeded Sandra Ittlinger/Chantal Laboureur of Germany.  "We stayed together at all times, fought for each point and were always looking for a way out. Now we have to wait to see who we’ll play next, but we’re confident we can keep improving as the tournament goes on.”
A two-time Olympian, Menegatti said "it’s very special to be playing here at the Foro Italico. It’s an amazing place and it’s been very emotional for us. We’ve been looking forward to play this tournament all year and now it’s right here and the atmosphere is amazing, so we want to make it last as long as possible and enjoy this energy for some more time."
It was the Italians’ sixth-straight victory over Birlova and Ukolova, including five consecutive victories on the FIVB World Tour. Four weeks ago, at the European championships in Moscow, Menegatti and Orsi Toth posted an elimination win over the Russians.
Quick links - Beach volleyball:
FIVB Beach Volleyball World Tour Finals - Rome
Facebook
Twitter
Instagram
Joining the Italians in winning opening matches on Friday were 14th-seeded Sanne Keizer/Madelein Meppelink and 17th-seeded Joy Stubbe/Marleen Van Iersel from the Netherlands, 18th-seeded Natalia Dubovcova/Andrea Strbova of the Slovak Republic, 20th-seeded Margareta Kozuch/Laura Ludwig of Germany, 21st-seeded Fan Wang/Xinyi Xia of China, 22nd-seeded Barbora Hermannova/Marketa Slukova of the Czech Republic and 23rd-seeded Lena Plesiutschnig/Katharina Schutzenhofer of Austria.
The 2019 FIVB World Tour Finals continues through the weekend with the quarter- and semifinal contests scheduled for Saturday at the Foro Italico followed by the Sunday evening medal matches for men and women.  The winning teams net the $40,000 first-place prizes along with collecting 1,200 towards qualification for the Tokyo 2020 Olympic Games.