Lausanne, Switzerland, December 9, 2015 - The FIVB is pleased to announce that the 2018 edition of the FIVB Volleyball Men's World Championship will be co-hosted by Italy and Bulgaria.

Lausanne, Switzerland, December 9, 2015 - The FIVB is pleased to announce that the 2018 edition of the FIVB Volleyball Men's World Championship will be co-hosted by Italy and Bulgaria.

In keeping with FIVB President Dr. Ary S. Graca F°'s mandate to promote innovation and provide new opportunities, the competition will be co-hosted by two countries for the first time in the history of the event.

The FIVB Beach Volleyball World Championships The Netherlands 2015, hosted by four cities for the first time earlier this year, also announced a new trend to diversify how events are hosted.

Historic moment
Speaking at the announcement at the FIVB Headquarters in Lausanne, Dr. Graça said: "This is a landmark moment for the FIVB and international volleyball. It will be the first time co-hosts will organise our signature event the World Championship. We are very impressed by the cooperation between the two countries so far.”

Bulgarian Minister for Youth and Sport Krassen Kralev said: “We had a very successful European Championship, but this is an even bigger event – one of the biggest in our sporting history. It’s a big challenge but a great opportunity at the same time.”

CEV President Aleksandar Boricic said: “I am sure we will have a very strong Championship with two strong European host countries. With the collaboration of CEV and the FIVB, this is a great opportunity to organise a momentous event for volleyball and promote our stars of the sport ahead of the Tokyo 2020 Olympic Games.”

FIPAV President Dr. Carlo Magri said: “We are very happy to be able to organise the Men's World Championship in 2018. Once again, the FIVB has decided to recognise the organisational skills of the Italian Volleyball Federation, highlighted by the recent events organised by the federation. To organise World Championships in 2010, 2014 and 2018 in a difficult economic context is proof of the good work done by FIPAV."

Bulgarian Volleyball Federation President Dancho Lazarov said: “Thank you very much for this opportunity. We organised a very successful European Championship and now working together with the Italians we will organise an even better World Championship.” 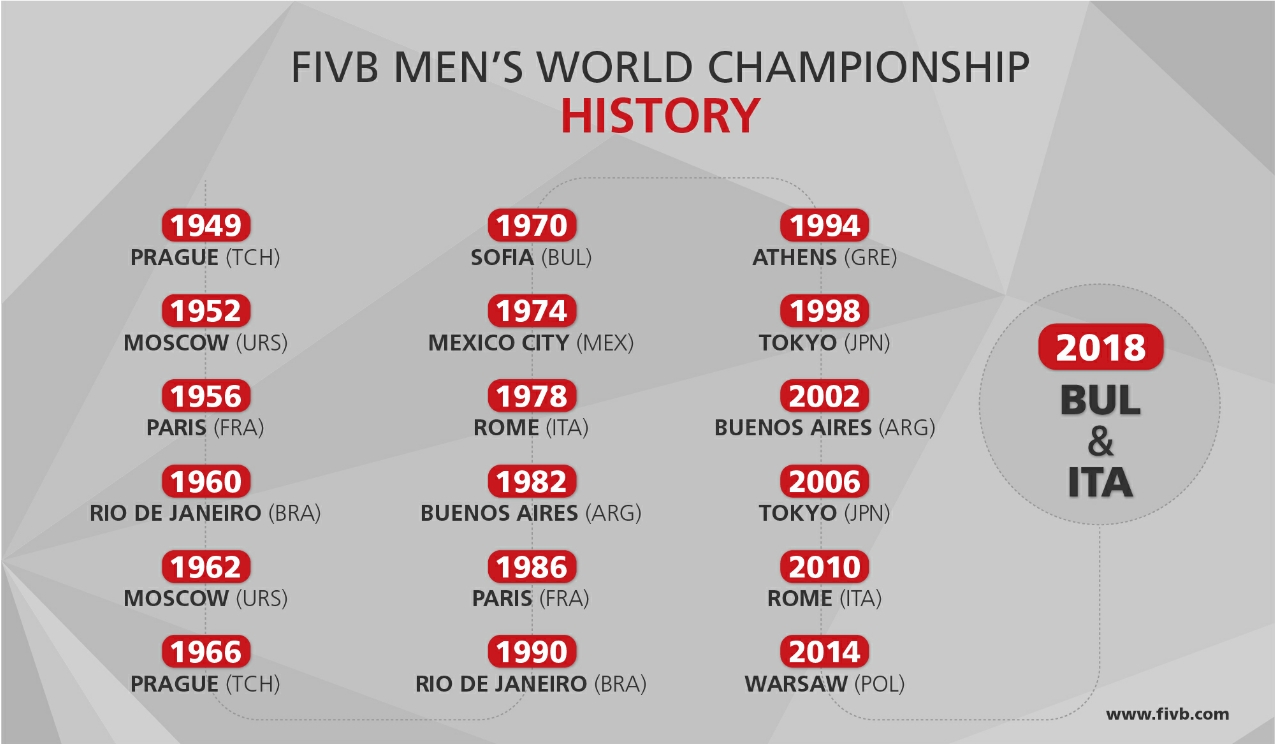