Italy and Denmark triumph at 1-Star event in Ljubljana 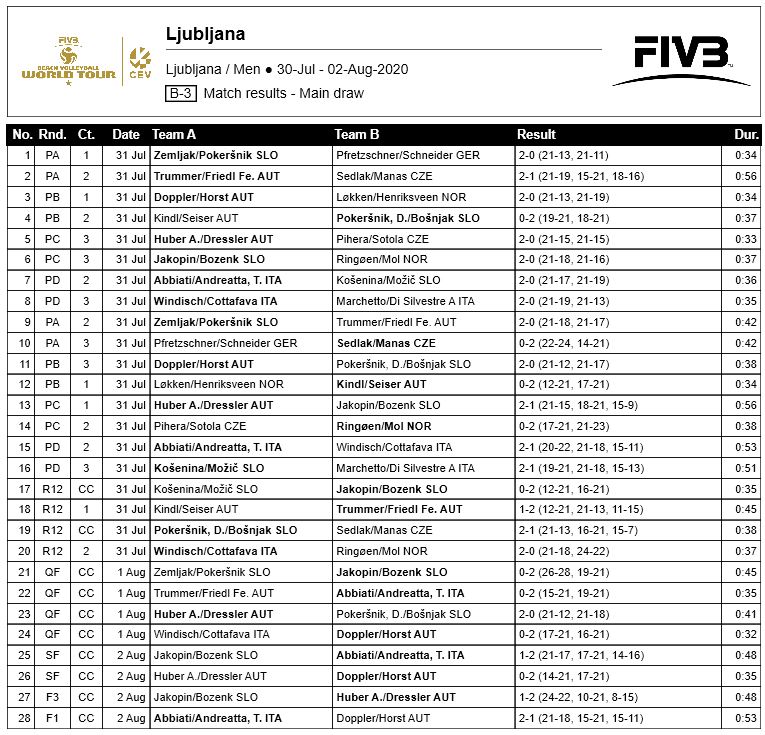 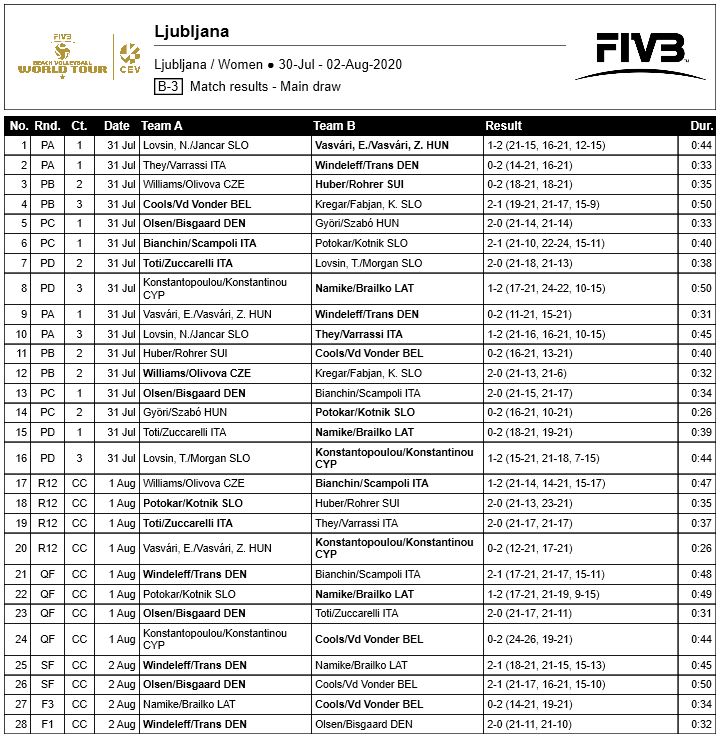 For Abbiati and Andreatta it was their first World Tour gold medal and came after the Italian duo defeated Austria’s Clemens Doppler and Alexander Horst 2-1 (21-18, 15-21, 15-11). Abbiati was rewarded for his strong showing throughout the tournament by being named MVP.
“We did not expect this victory since it is the first tournament after a long break,” Andreatta said.
“Our opponents are an incredibly good and strong team. It was beautiful to play on this amazing square, in this atmosphere. Even if it was really hot at some moments, it was really fantastic, especially because we won.”
Windeleff and Trans Hansen also enjoyed a first World Tour gold, and it came when the Danish pair beat compatriots Cecilie Olsen and Sofia Bisgaard 2-0 (21-11, 21-10).
It is the second World Tour tournament in a row that they have finished on the podium, after they finished second at the Tel Aviv 1-Star that took place in November.
“I think we dominated throughout the match,” Trans Hansen, who was also voted MVP said.
“We played aggressively and committed fewer mistakes. Our focus was on winning each next point, we gave 200 percent and we are so happy with the outcome.” 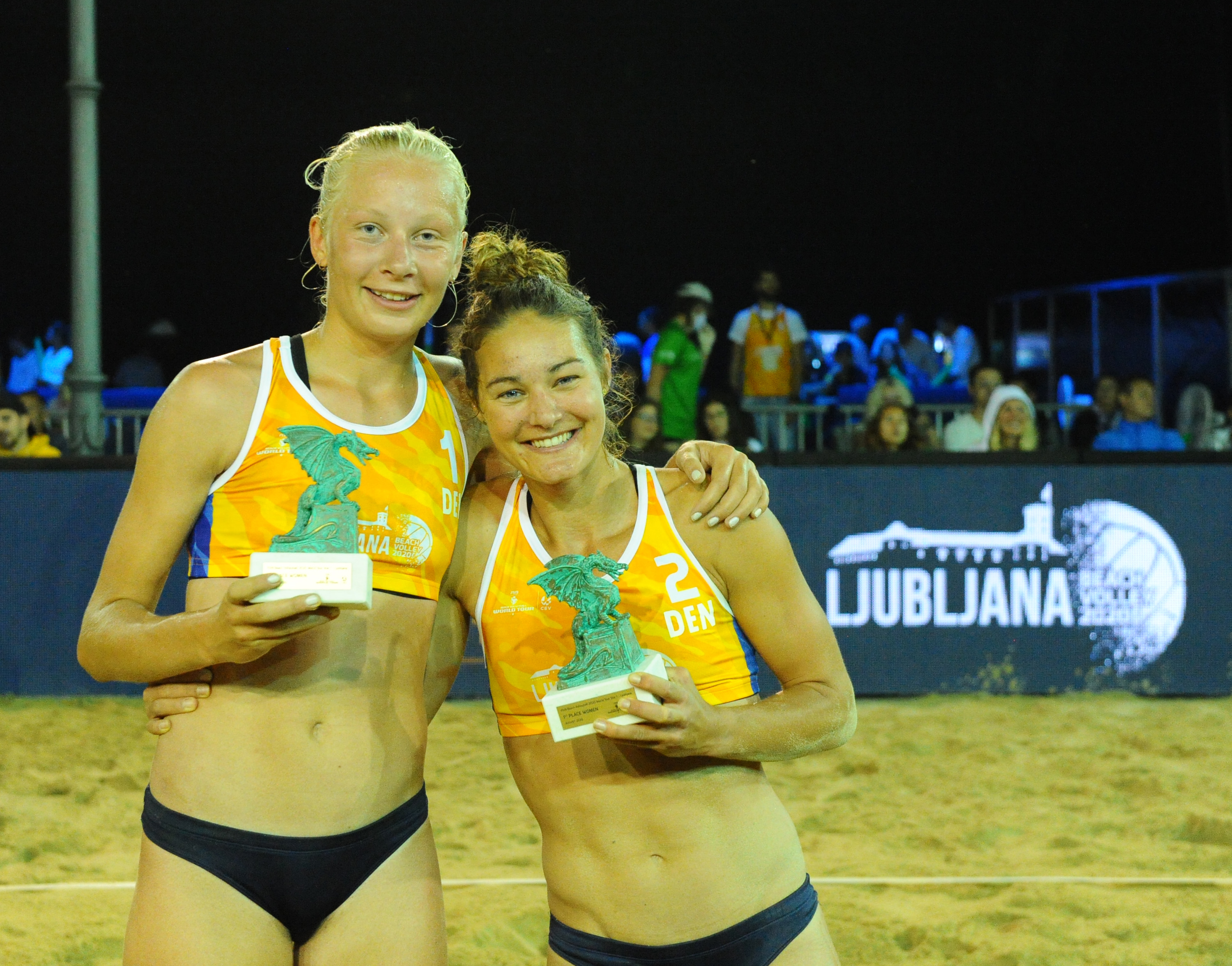 Clara Windeleff and Line Trans Hansen of Denmark
In the women’s bronze match Belgium’s Sarah Cools and Lisa Van Den Vonder held off Latvia’s Anete Namike and Varvara Brailko to win 2-0 (21-14, 21-19).
Austria’s Alexander Huber and Christoph Dressler won the men's bronze and ended the hopes of the last Slovenian team in the tournament when they defeated Vid Jakopin and Tadej Boženk 2-1 (22-24, 21-10, 15-8).
“I want to thank CEV and FIVB for hosting my birthday party this year at the Ljubljana World Tour event,” Dressler said. “I really enjoyed it here and I thank my partner for playing such a good tournament with me. See you next year.”
Also read:
Danish women lead the way in Ljubljana