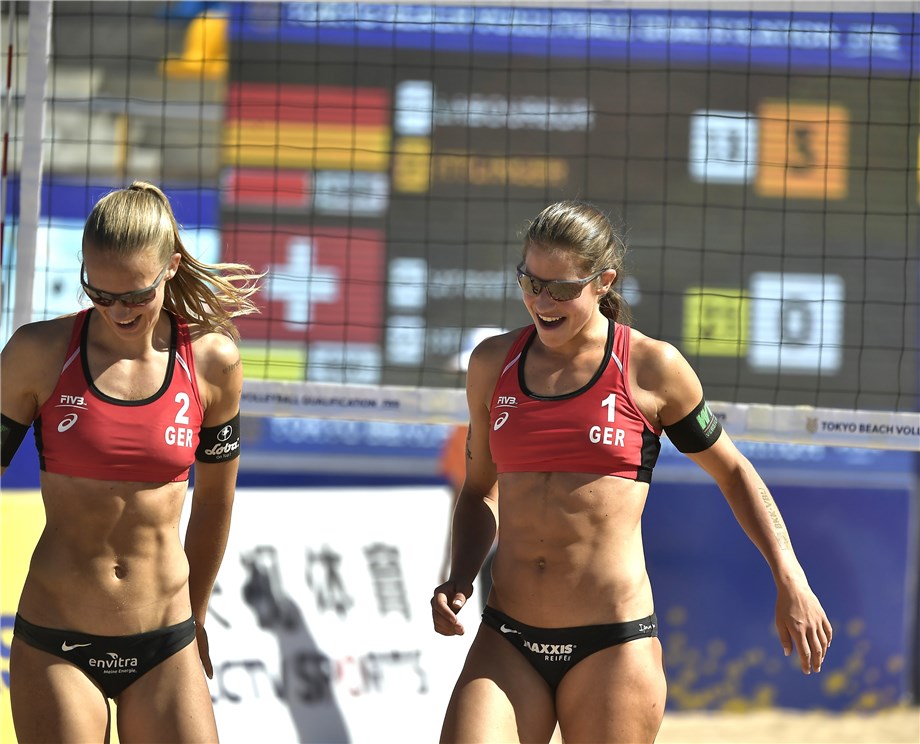 All smiles for Sandra Ittlinger (left) and Chantal Laboureur during the Germans' match with the Swiss on Wednesday at the FIVB Tokyo Beach Volleyball Olympic Qualification tournament in Haiyang, China.

Haiyang, China, September 18, 2019 - With no FIVB Beach Volleyball World Tour ranking points to be earned or money to be presented this week, the 16 women's teams competing here Wednesday in the FIVB Tokyo Beach Volleyball Olympic Qualification tournament are competing to net a berth for their country in the Tokyo 2020 Olympic Games.

No team was more excited about their success during the opening pool play rounds in the FIVB Tokyo Beach Volleyball Olympic Qualification tournament than Germans Sandra Ittlinger and Chantal Laboureur.
With the top two ranked German women's teams not competing this week, Ittlinger and Laboureur posted a pair of impressive wins over the eighth- and 11th-ranked pairs on the FIVB World Tour to win Pool C and advance to the next phase of the competition with three other unbeaten tandems.
At the end of their first season together on the international beach volleyball circuit, the 30th-ranked Ittlinger and Laboureur opened play on Wednesday with a 2-0 (21-15, 21-18) win in 39 minutes over No. 8-ranked Heather Bansley/Brandie Wilkerson of Canada in the first FIVB match between the two teams.
In the afternoon on the Golden Beach centre court, Ittlinger and Laboureur won their second of three FIVB matches with No. 11-ranked Joana Heidrich/Anouk Verge-Depre by defeating the Switzerland tandem 2-0 (21-19, 21-18) in 39 minutes.
"How exciting is this," said the 25-year-old Ittlinger. "We have struggled lately with two 25ths and a 17th in our last three tournaments. I hope our excitement carries over to Thursday where we'll play another two matches against teams with just as much enthusiasm to win." 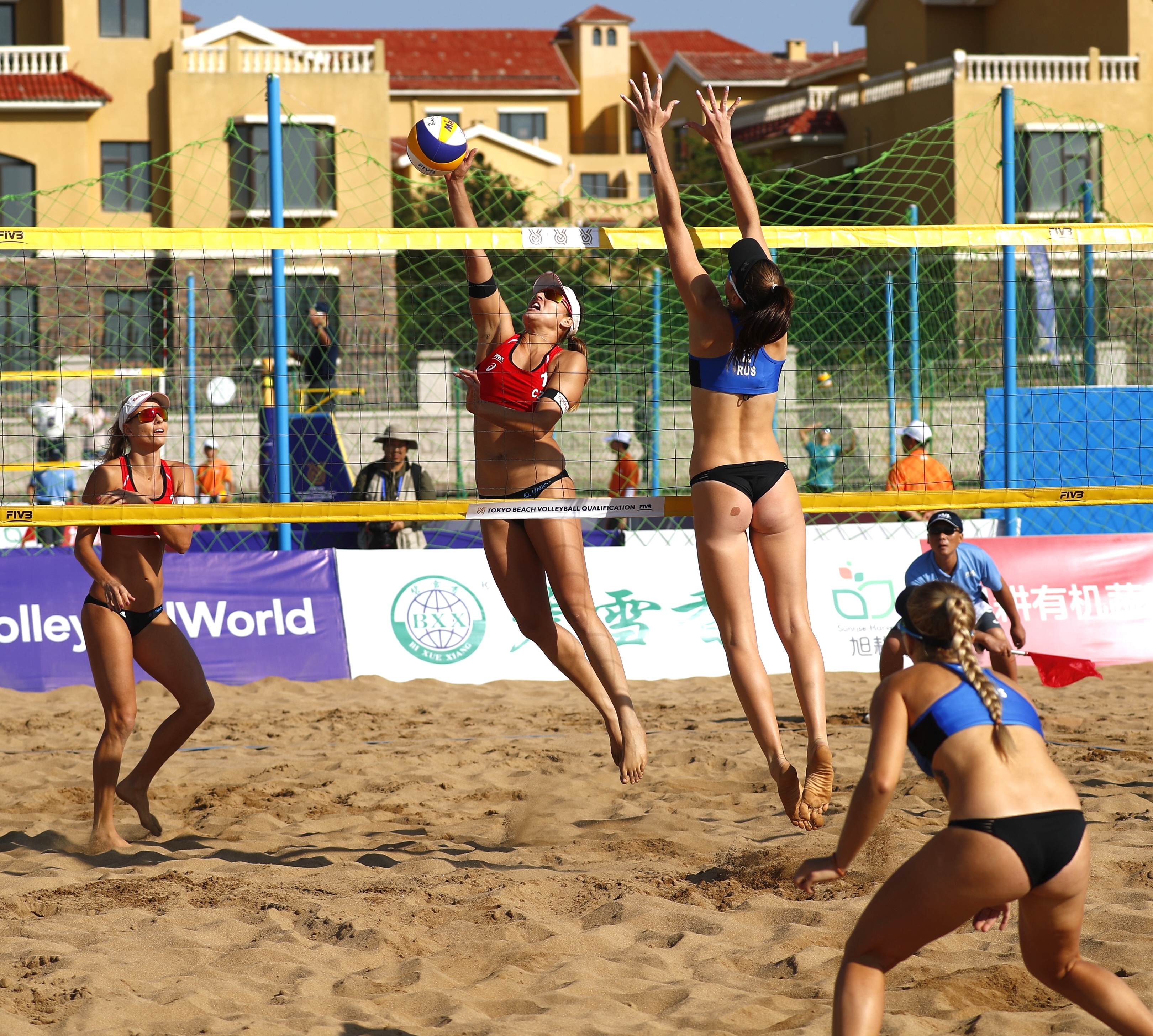 Pairs also winning pools Wednesday were No. 13th-ranked Barbora Hermannova/Marketa Slukova of the Czech Republic (Pool A), No. 14th Sanne Keizer/Madelein Meppelink of the Netherlands (Pool D) and No. 20 Marta Menegatti/Viktoria Orsi Toth of Italy (Pool B).
Also advancing to Thursday's schedule with 1-1 match marks from Wednesday are Heidrich/Verge-Depre, No. 16 Elsa Baquerizo/Liliana Fernandez of Spain, No. 21 Tina Graudina/Anastasija Kravcenoka of Latvia, No. 23 Fan Wang/Xinyi Xia of China, No. 27 Lena Plesiutschnig/Katharina Schutzenhofer of Austria, No. 31 Katarzyna Kociolek/Kinga Wojtasik of Poland, No. 33 Anniina Parkkinen/Taru Lahti of Finland and No. 59 Carolina Horta/Angela Lavalle of Brazil.
After Wednesday's competition featured a modified pool play format, Thursday's group action will be a round-robin affair. The top two teams in each group on Thursday advance to Friday and Saturday's schedule where two pools of four teams each will also play a round-round schedule.
The FIVB Tokyo Beach Volleyball Qualification Tournament concludes on Sunday for women as the two pairs from each group from Friday and Saturday's pool play schedule compete for two berths in the 2020 Summer Games.