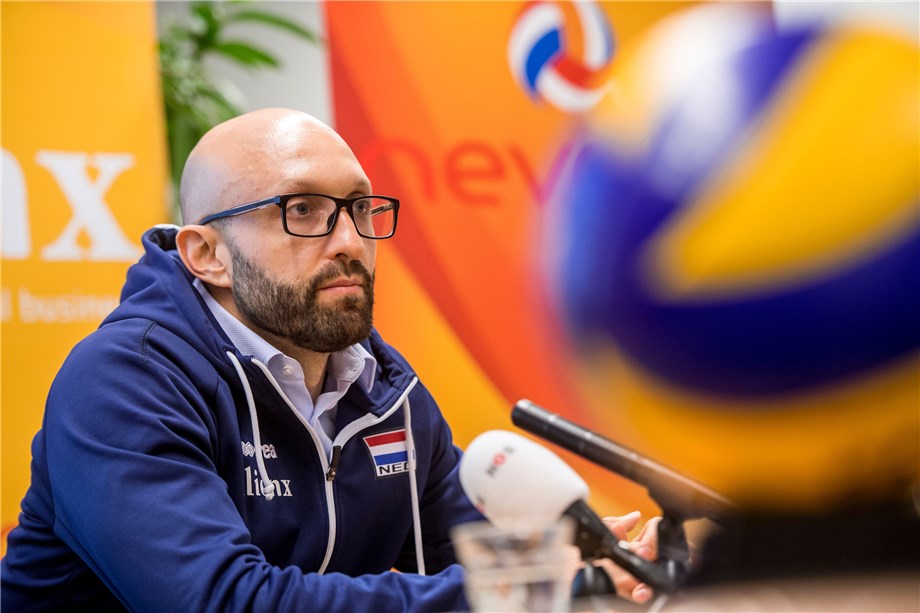 Jamie Morrison of USA was confirmed as head coach of the women's national team of the Netherlands.

Lausanne, Switzerland, February 23, 2017 - Jamie Morrison has been appointed as the new head coach of the women's national team of the Netherlands, the Dutch Volleyball Federation (Nevobo) confirmed today.

Nevobo presented the 36-year-old American Thursday afternoon at its head office in Nieuwegein.

Morrison has been present as assistant coach to Karch Kiraly at several of the big successes of USA, including, most recently, the gold medals at the 2014 FIVB Volleyball Women's World Championship in Milan, the 2015 FIVB Volleyball World Grand Prix in Omaha and the bronze medal at the Rio 2016 Olympic Games.

But his job with the women's team of the Netherlands is his first big challenge as a head coach, including the qualifiers for the 2018 FIVB World Championship and the 2017 FIVB World Grand Prix. Morrison signed a contract for two years, with an option to extend.

Hailing from from Dana Point California, Jamie Morrison started his coaching career when he was only 19 years old. After working some years in college and university volleyball, he was appointed as assistant coach of Hugh McCutcheon with the American national men's team including the gold-medal winning squads at the FIVB Volleyball World League in 2012 and the Beijing 2008 Olympics. When McCutcheon switched to the women’s national team, he took Morrison with him. Together they won the FIVB World Grand Prix three consecutive times. At the London 2012 Olympics Team USA won the silver medal.

Since 2015 the American has been assistant coach at the Turkish top club VakifBank Istanbul under head coach Giovanni Guidetti, who he will be replacing at the helm of the Netherlands.

"During the 2014 FIVB World Championships in Italy I first noticed the potential of the Dutch women's team," said Morrison during his presentation. "I saw a group of very athletic players, who fought for every point. The last two years the Netherlands became a world class team. The players are very close, they really care for each other."

"Right now I feel like one of the luckiest persons in the world for being allowed to coach this team. The team is relatively young, and I think we can keep improving ourselves."

The new appointment was greeted with enthusiasm amongst the players of the national team. "I am very pleased with this news. In a technical and tactical sense Jamie is a great coach and I think we can achieve a lot with him," said captain Maret Balkestein-Grothues. "In 2016 we finished third in the FIVB Grand Prix and fourth at the Rio Olympics. Now it's up to us to maintain this progress. I absolutely believe that Jamie is the best coach to guide us in the right direction."

And VakifBank opposite Lonneke Sloetjes was equally thrilled. "I've been working with Jamie Morrison at VakifBank now for one-and-a-half years now," said the 26-year-old. "In this time I have learned a lot from him. He knows so much about volleyball, is patient and always gives his players his trust. Besides that he is a very kind person. I'm confident that he will be the right leader for our team."