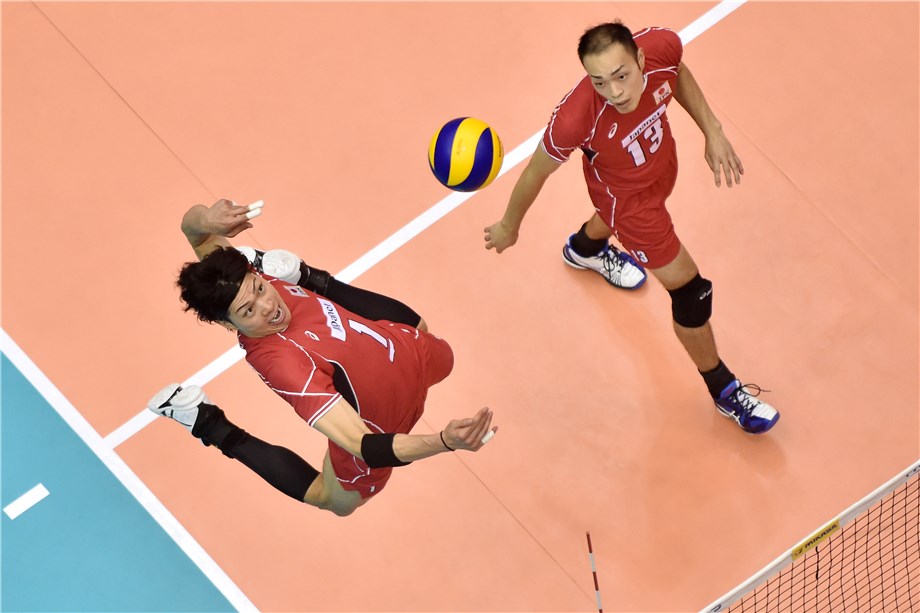 Hiroshima, Japan, September 12, 2015 – Japan sent the Hiroshima Green Arena into hysterics on Saturday after they completed a simple straight sets (25-17, 25-15, 25-21) win over Canada in their fourth FIVB Volleyball Men’s World Cup match on Saturday.
Canada barely got into the game as Japan captain Kunhiro Shimizu top scored with 14 points from two blocks, one ace and 11 spikes.
Japan, spurred on by the sold out crowd at the Hiroshima Green Arena, had a positive start with a Shimizu spike sending them into the first technical timeout 8-4 ahead. An ace from Akihiro Yamauchi sent the hosts eight up on 16-7 as they continued to look strong. Canada began to pull back thanks to an improved blocking game and some good serving, but a block by Japan meant they kept a large gap at 19-12. A side out spike from Shimizu brought match point before the Japan captain pounded a ball into the face of Daniel Lewis to give them a one set lead.
An exceptional dig from John Perrin helped keep Canada in touch in the early stages of the second set as Japan stayed 5-4 up. That was as close as the North American side got as Japan started to race away at 15-9. Canada’s problems escalated as more and more errors crept into their game, with Fred Winters sending a serve long to make it 16-9. With all the mistakes it was simple for Japan to reach set point and a foot fault from Canada, which summed up the frame for them, put Japan 2-0 up.
It was much more even in the third, with the introduction of Justin Duff helping add an extra dimension to Canada’s block. However, Japan stayed in control come the first technical timeout at 8-6. But it remained close as the teams reached the second technical timeout, with Canada eager to salvage something from the game. Japan finally broke free and etched out a three point lead at 21-18. Canada tried in vain to seal the deal, but Ishikawa jousted at the net against the Canadian defence and came out on top to claim the win to the elation of the 6,000 fans in attendance. 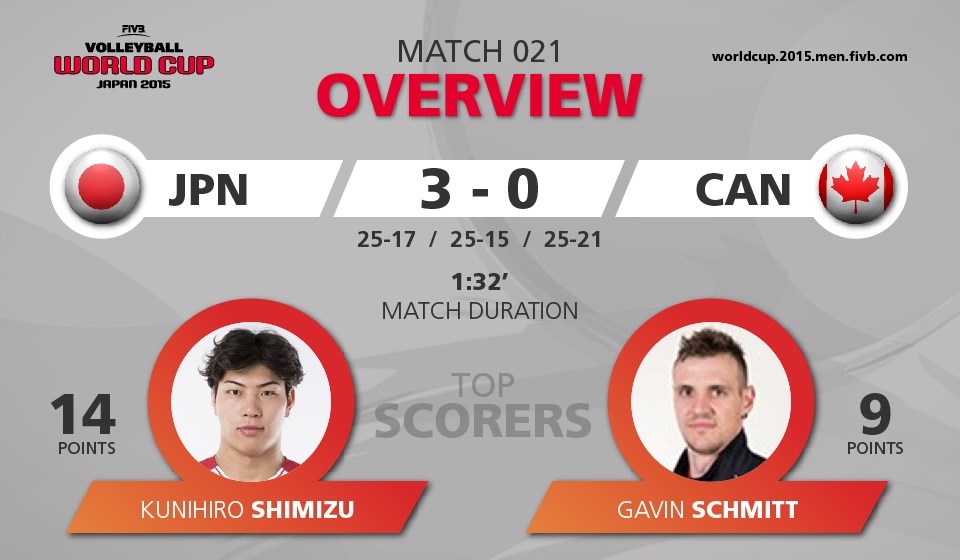