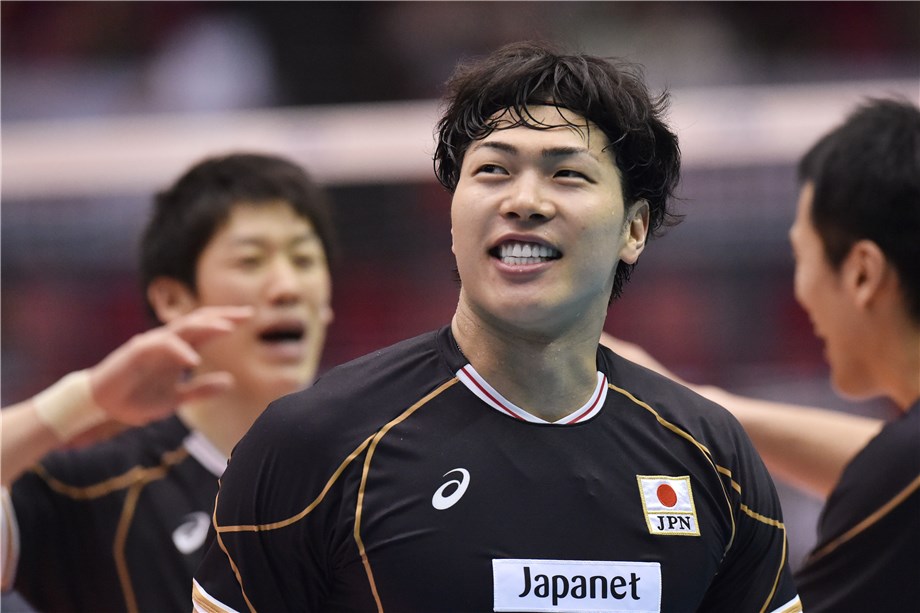 Japan captain Kunihiro Shimizu led from the front with 22 points

Hiroshima, Japan, September 10, 2015 – Japan played some inspired volleyball and recovered from a third set resurgence from Australia to seal a 3-1 (25-17, 25-21, 25-27, 25-18) win at the FIVB Volleyball Men’s World Cup 2015 in Hiroshima on Thursday.
It was Australia’s third defeat in a row as the hosts bad run of form continued at the hands of the hosts. Captain Kunihiro Shimizu was instrumental for the home side, scoring 22 points as four of his teammates also scored double figures. Edgar Thomas top scored for the Australians with 19 in a match the whole team will want to forget.
The Japanese did not have the strongest of starts but, amazingly, found themselves in the lead at 13-8 thanks to five Australian errors. Japan found their rhythm to keep their Asian rivals at arms-length. Australia did start to narrow the deficit, siding out twice. But they surrendered the serve on both occasions much to the delight of the crowd. A huge Masahiro Yanagida spike through the middle of two Australian blockers only rallied the fans and Yoshifumi Suzuki finished the set in favour of the Japanese.
Setter Harrison Peacock replaced Grigory Sukochev as Australia looked to get their offensive game ticking at the start of the second. The 24-year old’s height advantage helped Australia stay within touch. A tip by Carroll brought them level but Japan began to unravel the Australian defence once again on 20-18. A Suzuki block moved Japan four ahead and to match point. Australia sided out once again but a simple spike put Japan to within one set of victory.
Australia captain Thomas Edgar, who sat out the majority of the second set remained on the sidelines for the start of the third. However it was much of the same as a Suzuki spike and a pair of Yanagida aces forced Roberto Santelli into a timeout where he gave his starting six some direct instructions. But Australia continued to wain as Edgar was reintroduced on 9-6. Momentum started to shift Australia’s way as they tried desperately to pull back. Incredibly, the Volleyroos earned two set points as Japan began to feel the pressure before Edgar rebounded a spike to drag his country back into the match.
Japan seemed to take the energy out of Australia’s game at the beginning of the fourth, with the latter failing to carry their form from the end of the third across. Australia were not giving up however, slowly reeling the hosts to within three points at 21-18. But Japan converted their second chance at the match to score a win on a block error. 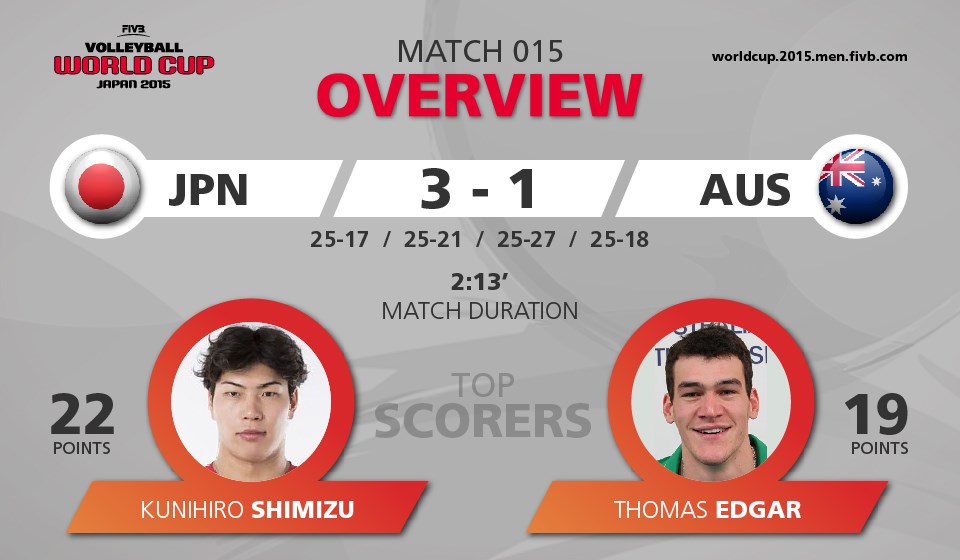