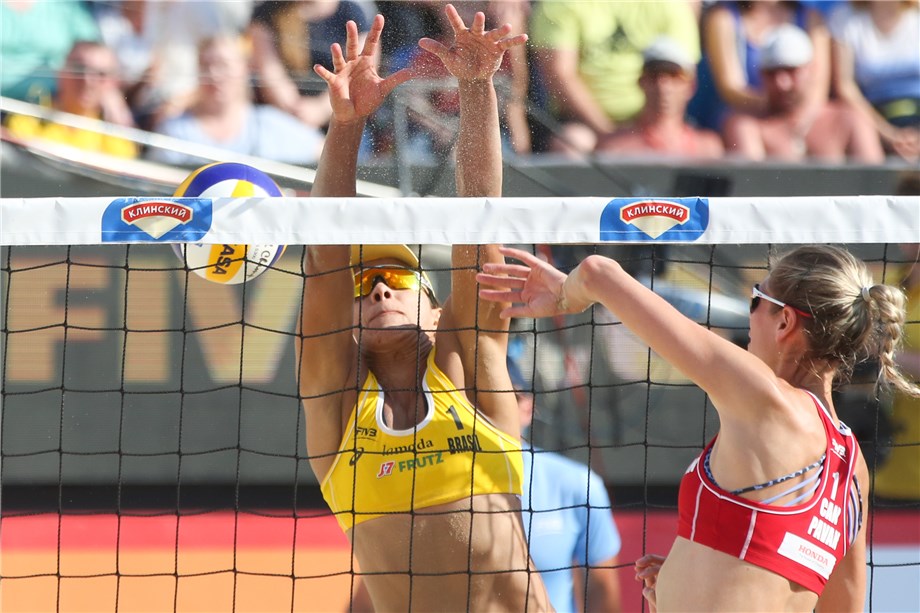 Past and present World Championship winners competing at the net in 2016 - Juliana Felisberta (left) of Brazil, a 2011 world champion, and newly-crowned world champion Sarah Pavan of Canada

Edmonton, Canada, July 17, 2019 - With the FIVB World Tour set to return to Canada for just the first time since 2016 for a double-gender event starting here Wednesday, not many of the 196 players currently entered in the tournament have competed internationally on Canadian soil in the past.
Quick links - Beach volleyball:
FIVB World Tour - Edmonton, Canada
FIVB.com - Beach volleyball
Facebook
Twitter
Instagram
Brazilians Juliana Felisberta and Harley Marques are among the few exceptions, however, as they not only have played in Canada before but have also both collected gold medals in World Tour events in the North American country.
The legendary Juliana, who will turn 36 one day after the end of the event in Edmonton, topped the podium in Montreal in 2005 with longtime partner Larissa Franca. That was the sixth of the 45 FIVB gold medals the duo captured between 2004 and 2012, when they also won the 2011 FIVB Beach Volleyball World Championships and secured a bronze medal at the London 2012 Olympics.
After the duo split at the end of 2012, Juliana has had six different partners in the World Tour. She currently plays with 40-year-old Josi Alves as the team made its international debut with a 25th-place finish at the four-star Itapema Open in May. The veterans form the 17th-listed team for the tournament in Edmonton and are guaranteed a place in Thursday’s main draw.
Harley, who recently turned 45, also topped the podium in Montreal in 2005, when he played with Athens 2004 Olympian Benjamin Insfran. The left-handed defender, however, enjoyed the most success of his 22-year World Tour career between 2007 and 2009, when he won ten of his 16 gold medals with future Olympian Pedro Solberg, with who he won a bronze in Montreal in 2007, and Rio 2016 Olympic champion Alison Cerutti. 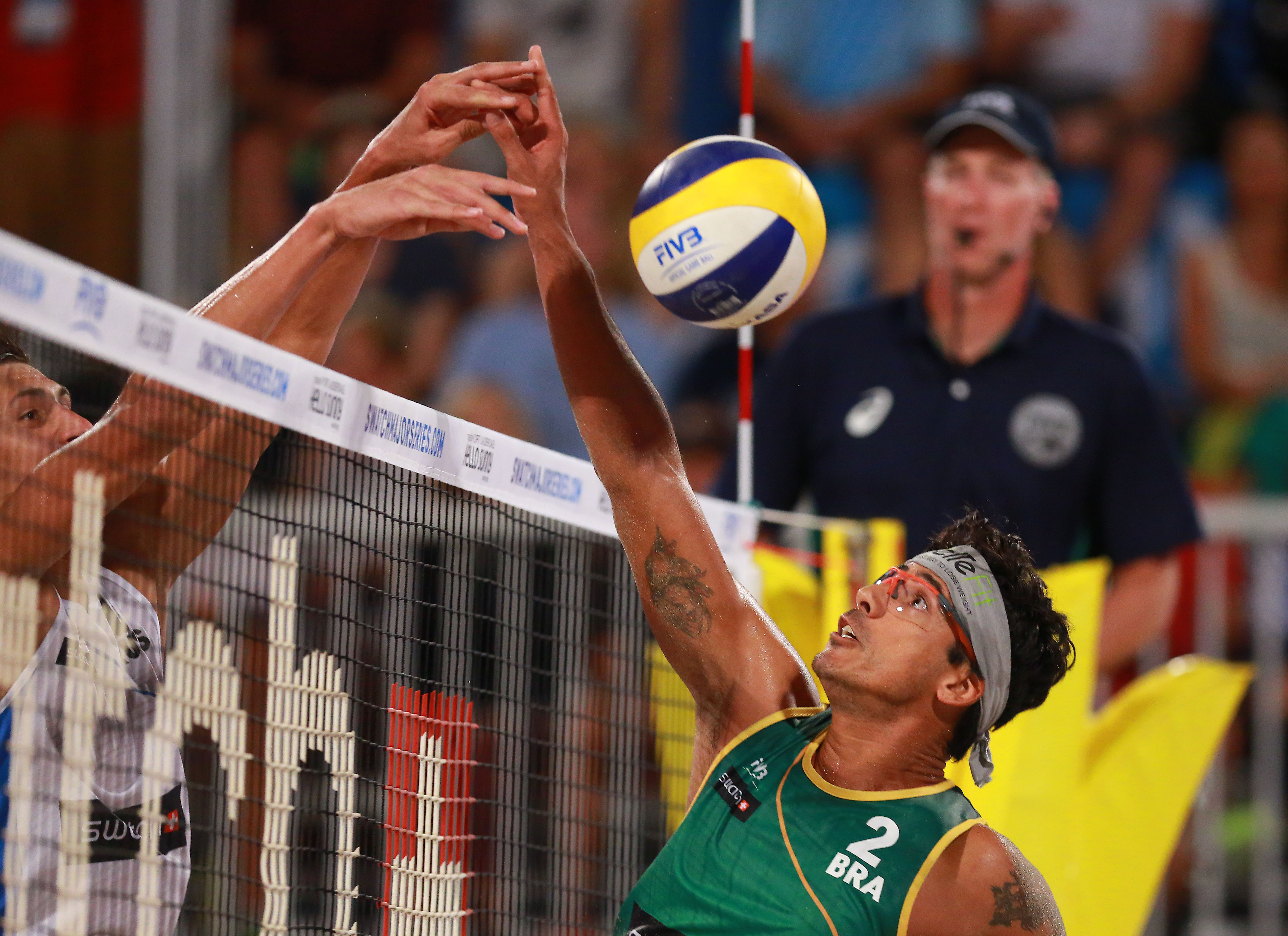 Competing at the net is Harley Marques of Brazil
Since 2016, Harley has considerably limited his international appearances and in Edmonton he will pair for the first time with 33-year-old Luciano Ferreira. The duo will be on the court on Wednesday, for the qualification tournament.
American veteran John Hyden is another medallist who will make his return to Canada this week. The 46-year-old defender won bronze with Tri Bourne at the 2016 World Tour Finals in Toronto and will compete as one of the top-seeded teams of the men’s tournament in Edmonton with Ryan Doherty.